We were lucky enough to have six days at Moab, so we wanted to pack in as much riding as was humanly possible. We knew that our ‘must do’ list contained The Whole Enchilada and the Slickrock Trail but we wanted to get in as much of the other good stuff as possible too. After chatting to @soulrungear and @indianpeaksjoe on @instagram we had a pretty good list to do and we also had a word in the many bike shops in Moab to get as much info as we could.

We started off with the Slickrock and I was really looking forward to riding there again as last time I was on a rigid bike and the prospect of having 160mm of travel at each end was much more appealing! It was up in the high thirties when we headed out and after spending all morning driving to get there I just wasn’t feeling great, we decided to give it a miss and try again first thing in the morning. 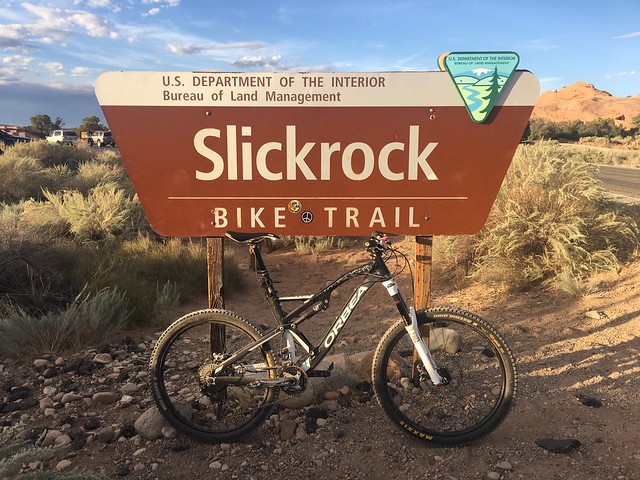 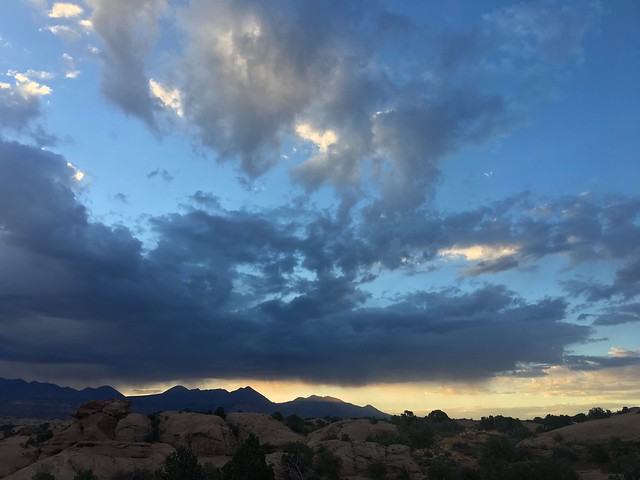 The conditions were much better in the morning, it was overcast, and by Moab standards was pretty cool. It was so much fun following the white dashes again and as expected having full suspension made the whole experience much smoother and much faster too!! 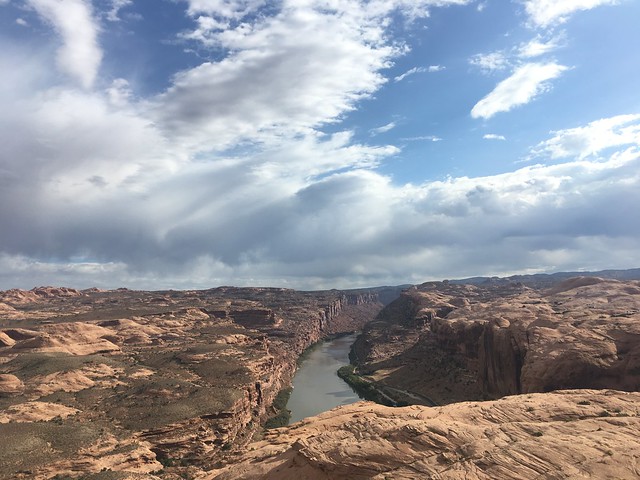 Make sure you pay attention to the markings!!! 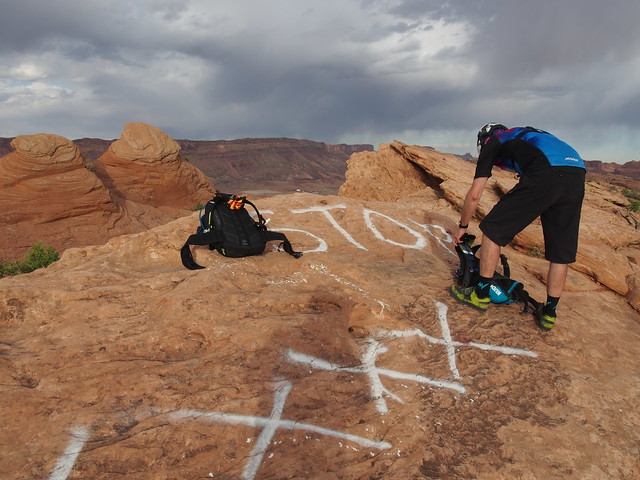 Next up was Navajo Rocks, this awesome trail system consists of five trails that link together, which means you can do as much or as little as you like. They are all subtly different in character. My favourites were Coney Island for the steep techy bits and Big Mesa for it’s long slickrock sections. It was an awesome day. 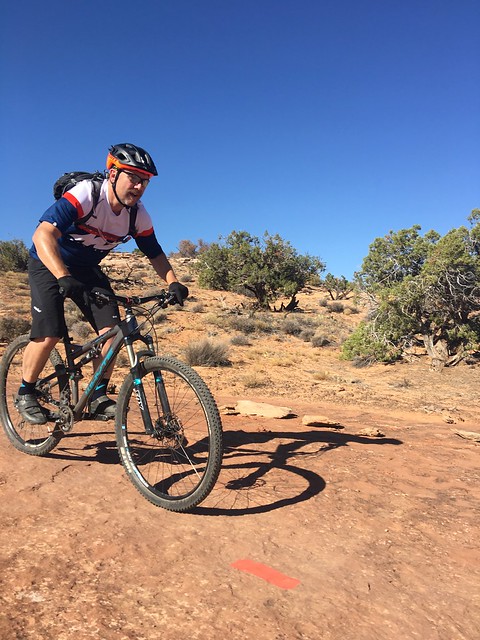 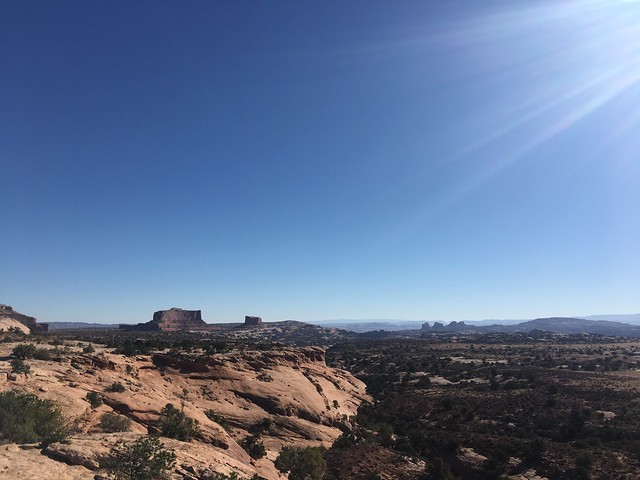 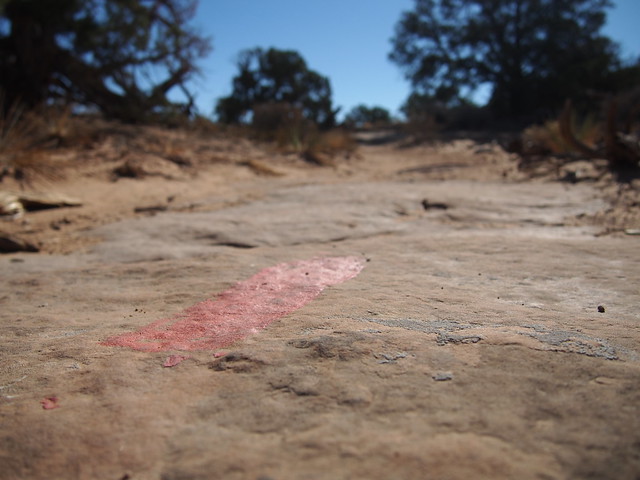 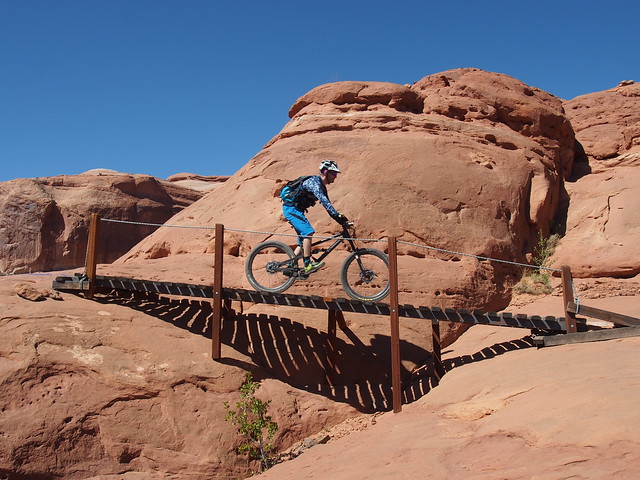 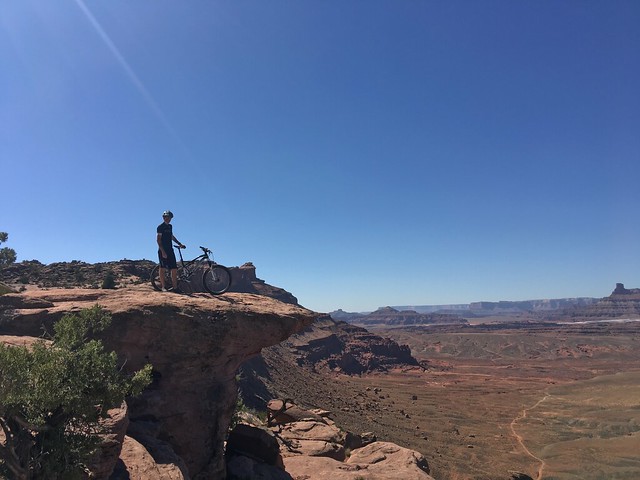 Hymasa was a loooooong old climb, really challenging and technical. The view from the top was amazing! We relaxed for a bit and then prepared ourselves for Captain Ahab, what can I say? A super technical descent, it was a tough one with real exposure, but really rewarding. We were ready for the jacuzzi to calm us down after that. 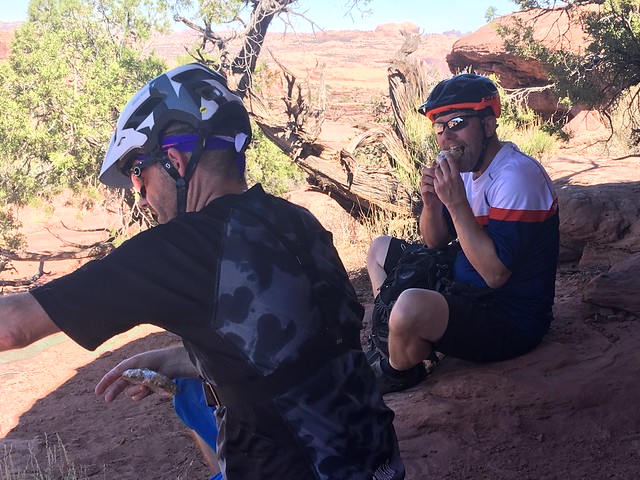 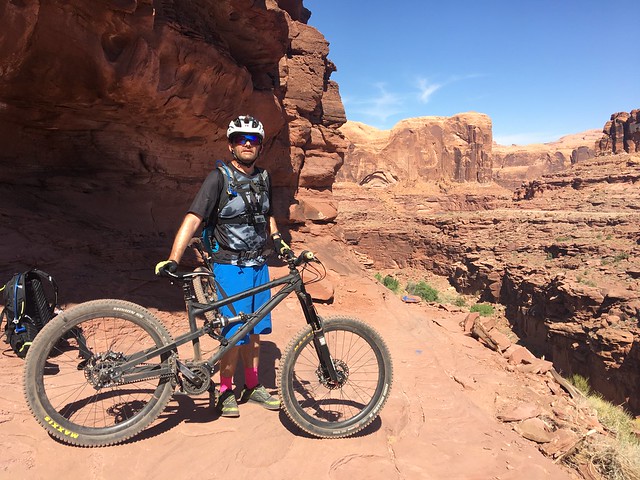 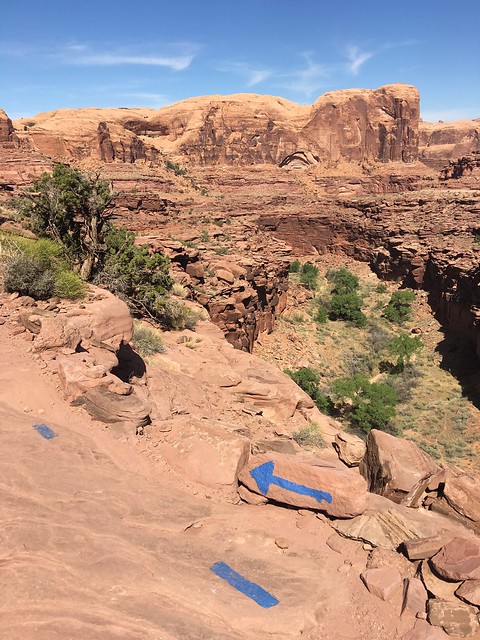 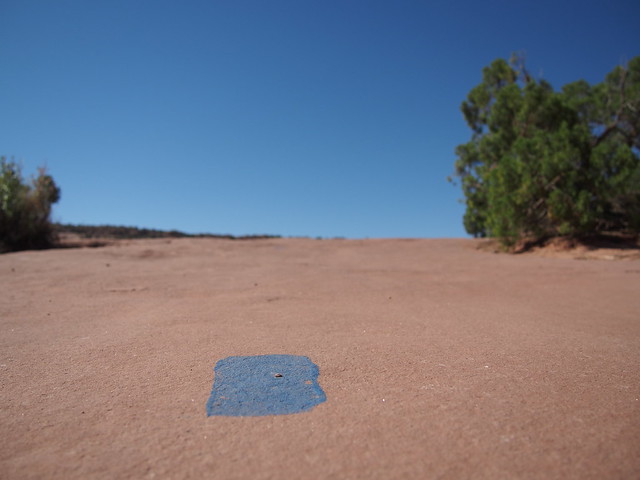 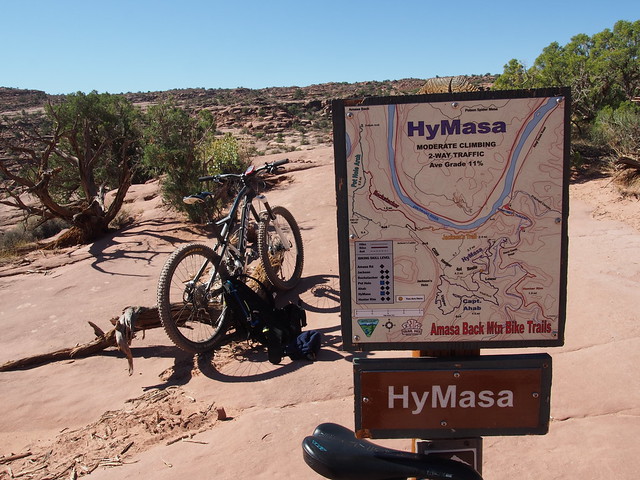 The Moab Brand trails are a nice ride up the cycle path out of town, there are a lot fo different loops and combinations you can do and a bit of everything really so it’s pretty good fun. Special mention must go to Sidewinder, which was so good we went back and did it again! 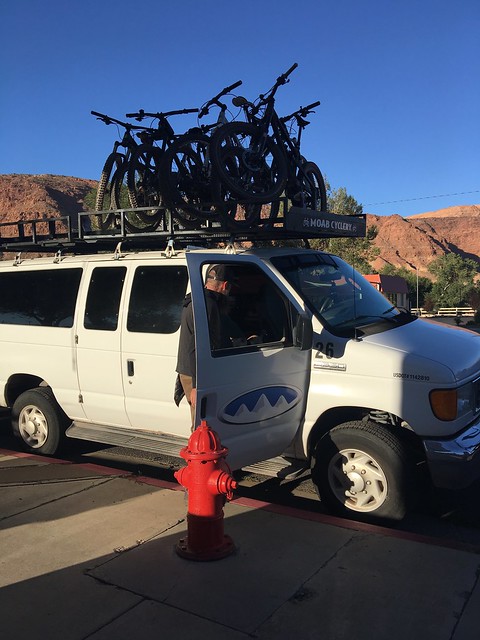 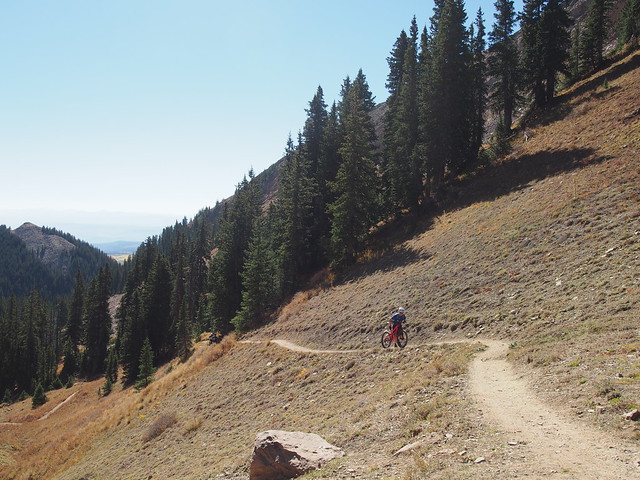 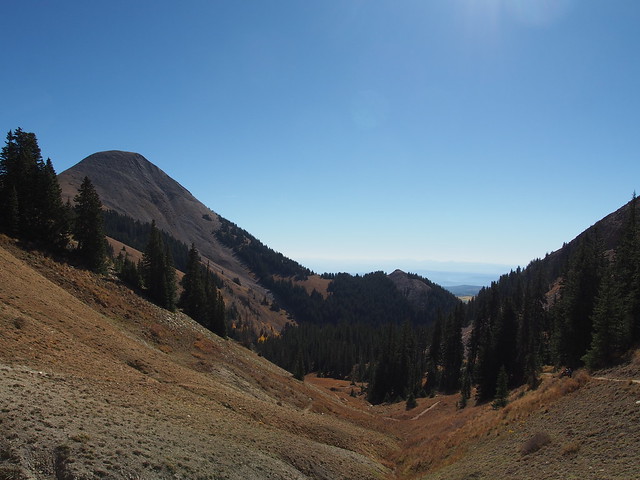 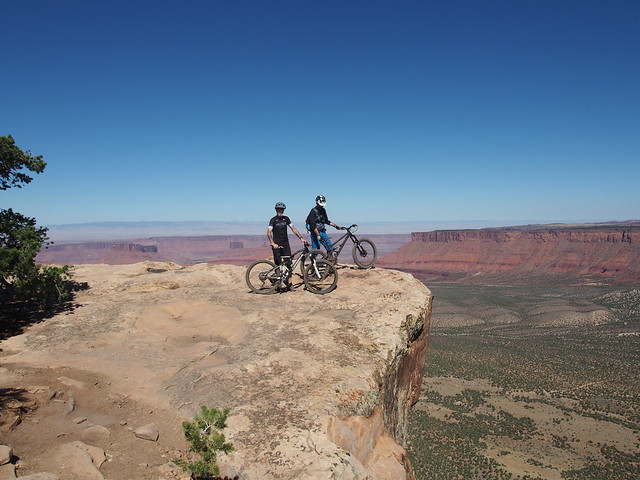 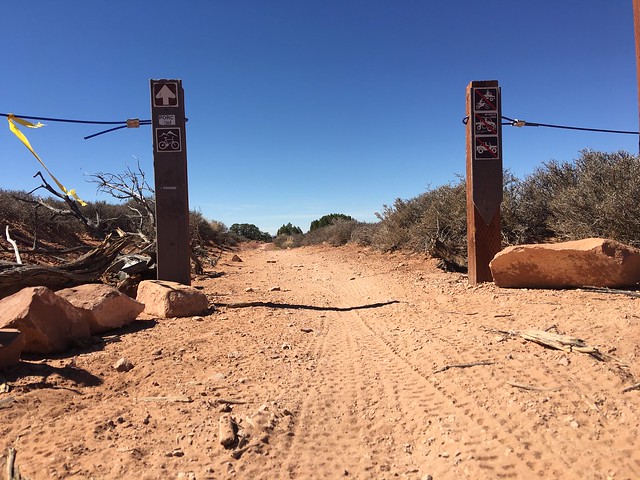 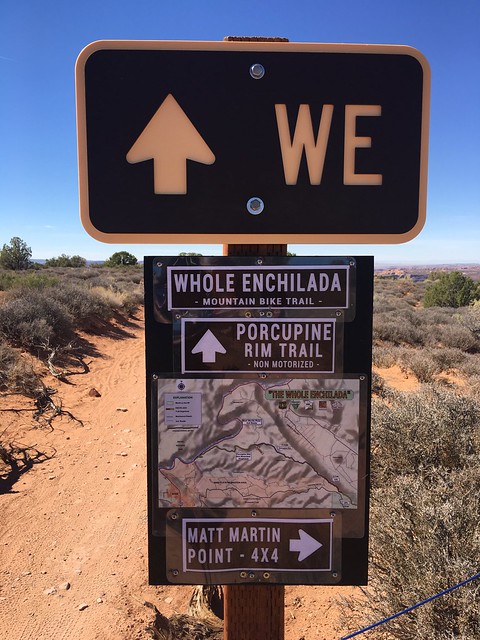 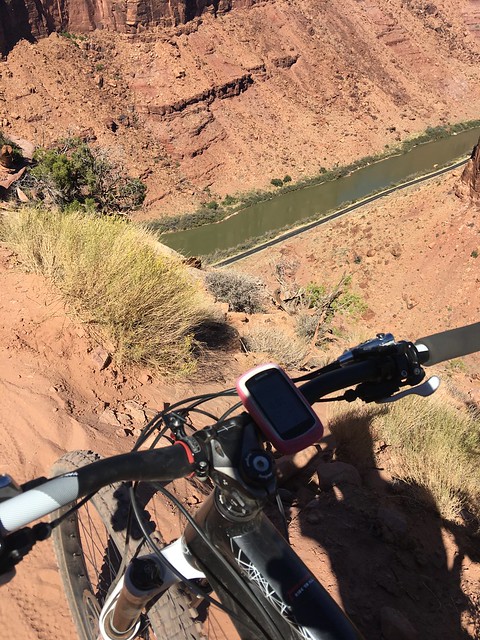