The Trans Cambrian Way had be calling me for a number of years and what with the pandemic ruining the year for the Welsh Ride Thing and other events we usually do we decided to go and check it out. Having been riding regularly in the area for a few years now we knew that some trails would be familiar, but we were also looking forward to finding some new stuff too and boy did this trail deliver!

I had been fretting over the logistics of this trip for a couple of days, because it’s a point to point obviously wherever you park you need it to be convenient either for the start or the finish. As there is basically a three hour train trip between the start and finish I opted to park near the end at Machynlleth and take the train from there. The second problem is there are only three trains a day, so you’ve got to get your timing right!

Amazingly the roads were pretty clear and we rolled into the car park at 11:00, leaving plenty of time for the train at 12:05. As is always the way we looked at the sunny skies and decided that rather than spend all that time sat on a train we’d ride to the start on the road, shortcutting as much as possible. 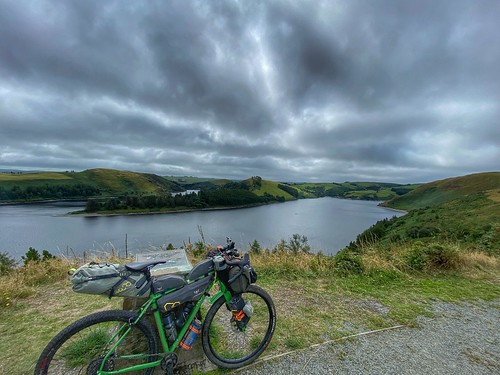 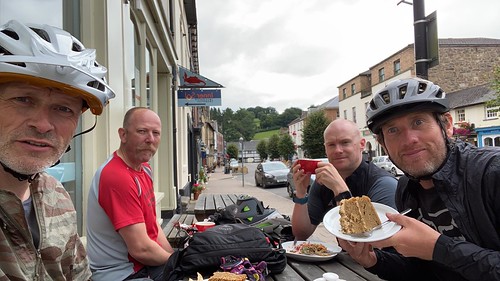 We stopped in Llanidloes to get some lunch and I was really feeling it having gotten up at 04:30 and having done the drive there too. The next part of the route slipped by easily and before we knew it we were standing in Newtown, contemplating the last twenty miles down to the start of the route and wondering about where to camp for the night.

One of our mates was watching the tracker and we got a facebook message saying “the elephant & castle, are you staying there? I did on my recent trip”. We looked behind us and we were indeed outside the pub, a quick look inside and it turned out the money we’d saved on the train by riding to the start exactly equalled a night here, so with very little persuasion needed we called it a day and stopped for a few beverages.

Even Colin got his own beer….. 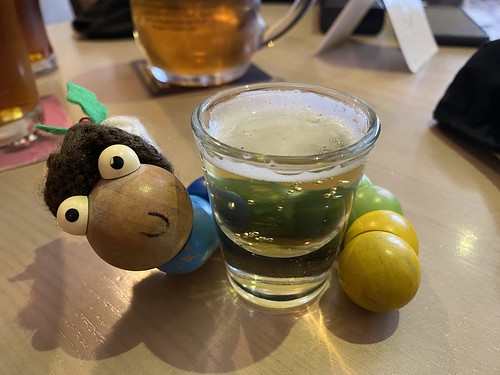