This was going to be an interesting weekend, first time away somewhere more remote for Tom, first time loaded up on my new Travers and first time for us both with what we imagine to be our Tour Divide kit shared between us.

The weather forecast was horrific, but the reality was somewhat better, initially anyway. We headed out on our planned route in light rain, but it soon cleared leaving us with some nice sunny spells. My nagging concerns over whether a switch to 2 x 11 would give me a low enough gear to climb on a fully loaded bike were unfounded and the first few steep climbs proved to be rideable. 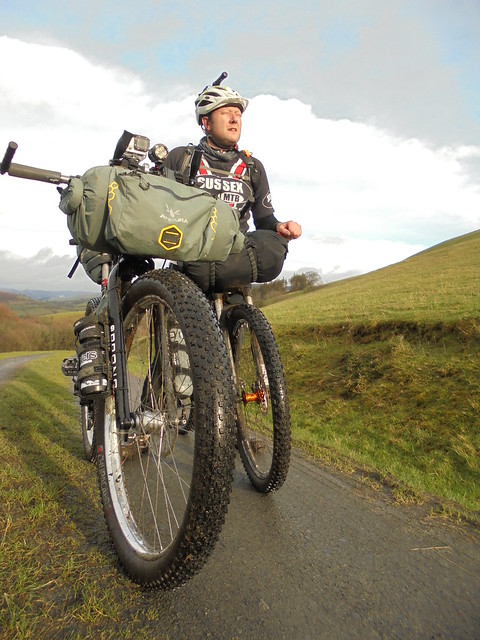 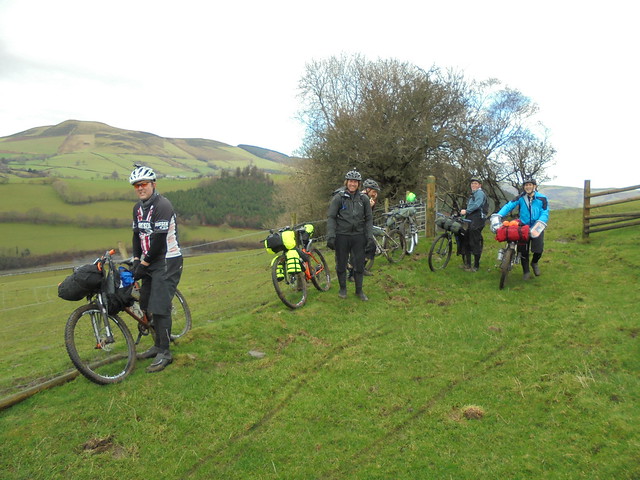 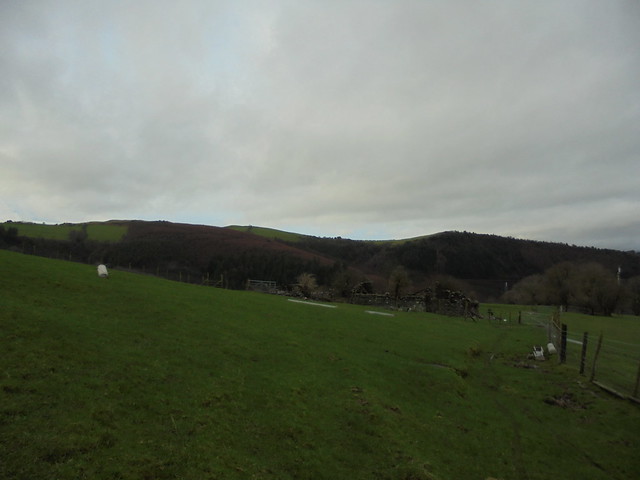 Terrain later though proved to be totally saturated and although I was pleased to find that I had no clogging issues it was just so wet and muddy that there was no traction for anybody on some sections of trail.

Mid afternoon the rain started and we stopped under the overhang of an F.C. toilet block and brewed up coffee and topped up water from the river. The conditions meant the ride was taking longer than expected and after getting temporarily lost on a road link we decided we would re-route to a nearby bothy as the temperature was really dropping.

After having to clamber over a load of fallen trees we were happy to finally arrive at the bothy around five and the chance to put on some warm, dry clothes. Quite a few others had similar ideas too though and we were packed in. 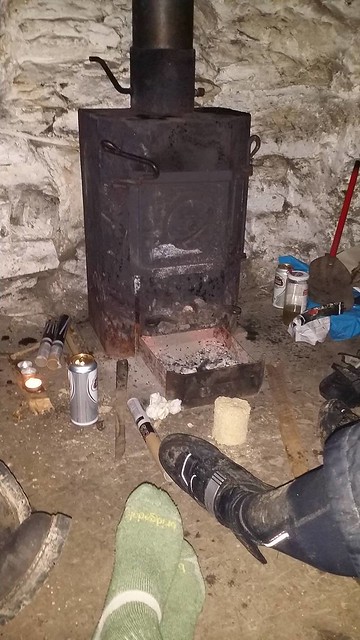 The bothy at Nant Rhys consists of two rooms, one with a fire and bunks, the other with an area that lends itself to cooking. Parked outside was a bling camper van and a Ford Transit van. The room with the fire in had six drunk builders and three fellow bikepackers in. “Our” room had the six of us and another fellow rider in. It was a tight squeeze!

As usual though everyone was friendly. Tales were told in the warm room, the builders kindly added some whisky to my coffee and we cooked up some warm food. We eventually settled down and fortunately Tom and I had brought additional merino stuff to sleep in, but it was zero degrees inside and I ended up waking up in the night and putting on my down jacket. Very cold!! Some more thought is required for me I think as I sleep cold, Tom was OK though.

We woke up to a thin layer of snow on the ground and after porridge headed out into the cold and light drizzle. Again though the weather picked up and the sun came out. The next checkpoint was on top of a steep grass hill. It was too muddy to ride, so a long push commenced, but the view from the top was amazing and well worth all the effort. 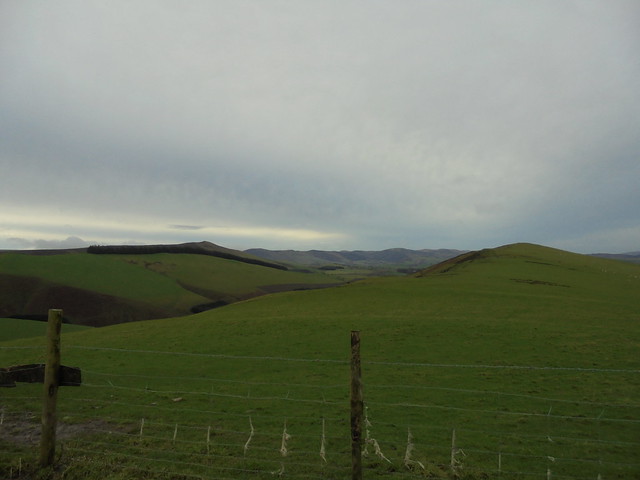 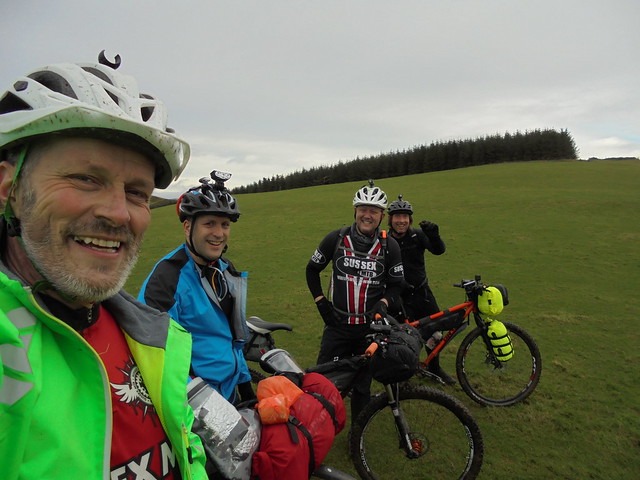 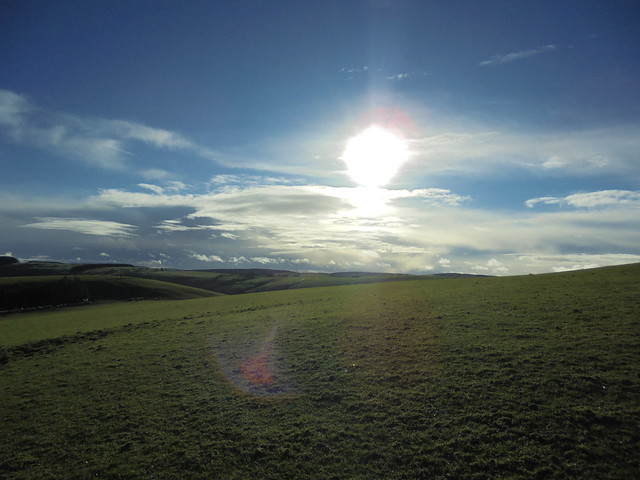 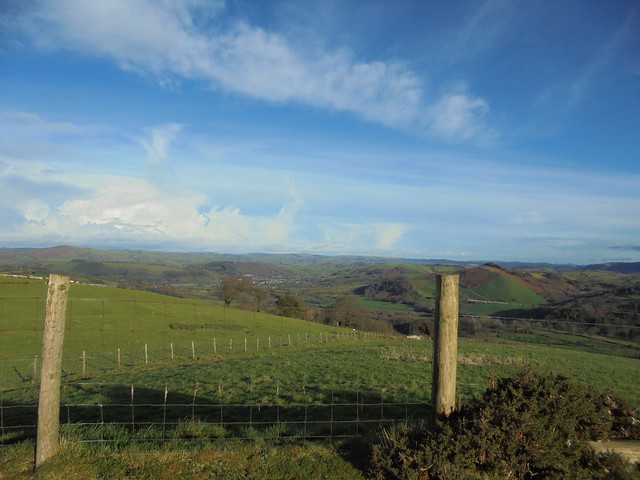 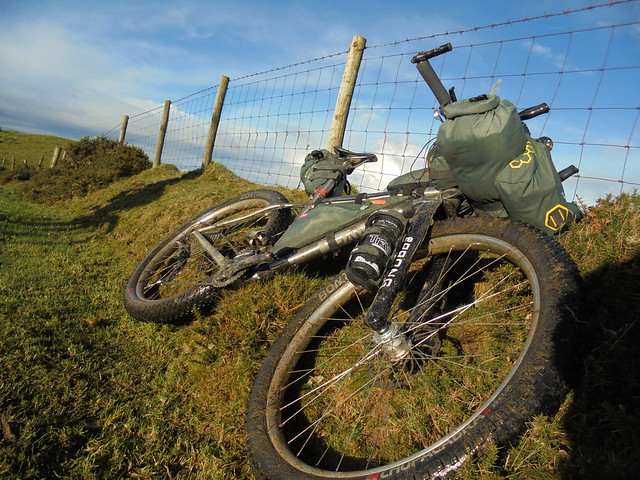 Dropping through the country lanes we headed to Llanidloes for a deserved cooked second breakfast. We joined some fellow riders in a cafe and it was very difficult to get ourselves back out into the cold! But when we were well fed we headed back out and decided to skip the next waypoint and digest our food on the road in stead. 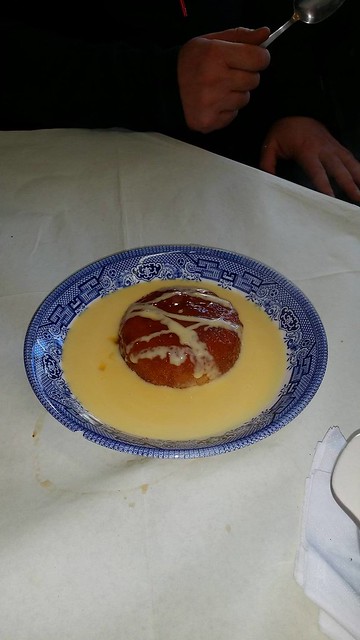 Seven miles of mountain road later it was becoming clear that Duncan, who had been ill all week, was really finding it tough going, struggling to breathe normally. The decision was made to skip the last big climb up to the wind farm waypoint and end the day on the road in stead. 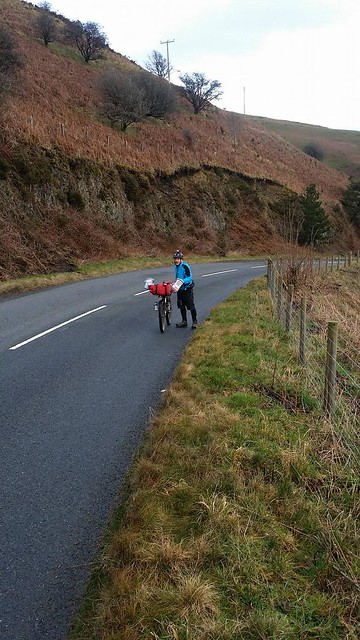 The weather decided to reward us for wimping out at the end by soaking us again for the last half hour, typical! But lots of tea, toast and cake waiting at the end made all the suffering worthwhile.

So it was a great weekend, thanks again to the guys at Bear Bones Bikepacking for organising another great event. Although we didn’t cover the intended distance it was a great chance for Tom and I to try new bikes loaded up and carry all our kit for america.