So I’ve been making a few changes to the spec of my main bike, the awesome Kinesis Sync, recently. Mainly for an upcoming mega-project I have my eye on. This weekend the the first chance I’ve had to go and put it through it’s paces with it’s new Kinesis IX rigid carbon forks. It feels awesome and has gone on a proper diet, now weighing in at just 23lbs, which I reckon is pretty good for a 29er. 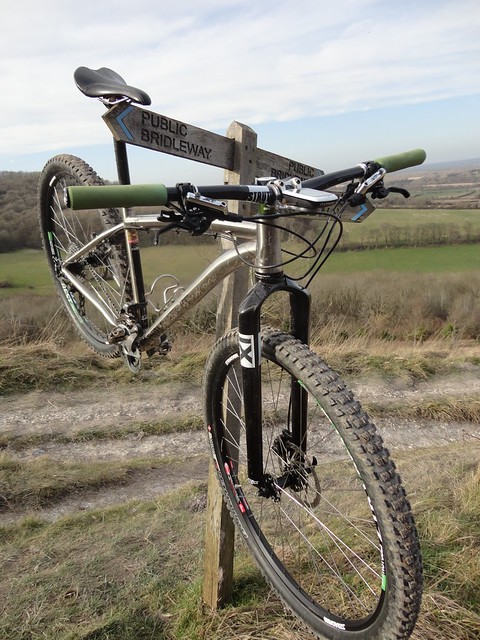 So we’d travelled to Wales for the 2015 Battle on the Beach, a bonkers event that sees 600 people doing three laps of a course which is half low tide sand and half beach side forest singletrack.

We got there on Friday night and by virtue of the fact it was flippin’ cold and there was nothing much happening early retirement to the warmth of a sleeping bag was called for!

The next day dawned cold, but sunny and rather than trying some of the demo bikes that were on offer we decided to make the 50 minute trip to Glencorrwg and get on some more testing terrain. Unusually for Wales (my experiences anyway) it was actually pretty warm by mid morning and we opted for the Whites Level trail, figuring it best to leave something in the legs for the race Sunday.

It was an awesome ride and we chilled on the deck at the cafe afterwards in the sun.

Saturday evening and the camp site was filling up for the race and we went down to the cafe and met up with friends for a fun evening. 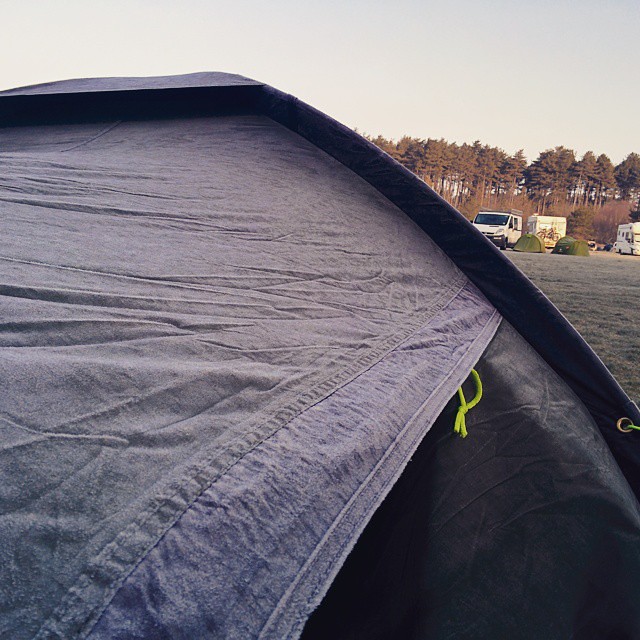 Sunday morning dawned freezing cold, but sunny, and I was itching to get racing. We rode out along the cycle path towards Pembrey for a warm up and then parked up on the beach with 600 others ready for the off. I’ve never seen such a mad mix of bikes at an event, 26″, 29″, 29+, CX, tandems, fat bikes, singlepeeds, even a fat front singlespeed tandem!!

The race also incorporated the UK Fat Bike champs, so there were a hell of a lot of them about too.

Nothing could have quite prepared me for what I was about to receive! Sitting in a pack doing 23mph down the beach for 12 minutes was quite an experience! It was an amazing race and I’ll definitely be back for it next year, probably the hardest race I’ve done though, it was flat out the whole time.

For the record I finished 164th overall and 61st in the vets category, I’m more than happy with that. 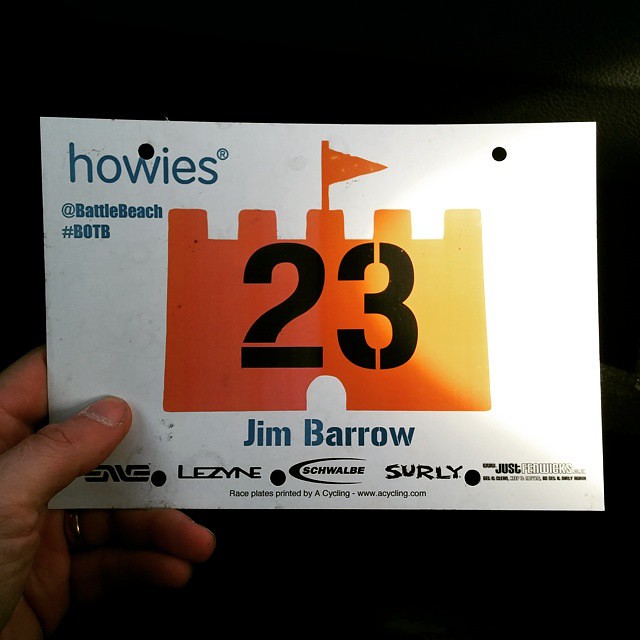 So how was the bike with rigid forks? Well I love it, the race wasn’t too demanding terrain wise, but even the riding at Afan was OK and it only slowed me down on the really rough descents. Now it’s back to the usual routine and dusting off the Pivot Mach 5.7 ready for the QECP Enduro next month……