The Great Divide Route is the world’s longest off-pavement cycling route, it covers 2745 miles. The route is highlighted by long dirt roads and jeep trails that wend their way through forgotten passes of the Continental Divide. It travels through Canadian provinces of Alberta and British Columbia, and the United States of Montana, Idaho, Wyoming, Colorado, and New Mexico. By route’s end a thru-rider will climb nearly 200,000 feet of vertical (equivalent to summiting Mount Everest from sea-level 7 times).

In June 2016 I will be riding the Great Divide Mountain Bike Route with my son Tom.

I first heard about this route back in 2008 when Jenn Hill (singletrack magazine), who was then working at my LBS, told me all about it as she had entered the race that is run over the route every year. That year I followed Jenn’s progress on the MTBCast podcast that covers it and I became hooked on it and the idea of doing it myself.

Fast forward to 2011 and I had a life changing RTA, to start with I was uncertain if I would be able to ride properly again. After a couple of operations my leg was sorted out, but I have been left to deal with the after effects of a serious head injury. Something like this does give you a rather unique perspective and the feeling that you should take the chance and go for it!

I started to plan, save and get the gear together the beginning of 2015. Over the course of the year I have tried to do more multi-day trips in an attempt to see just how I can cope riding longer distances. May saw a gaggle of us tackling the Welsh Ride Thing for the first time. 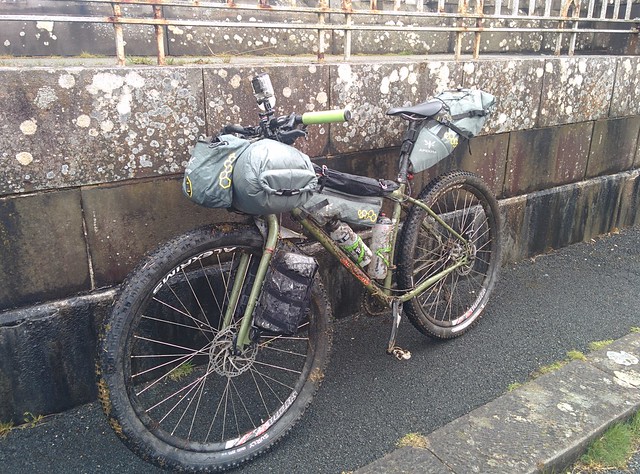 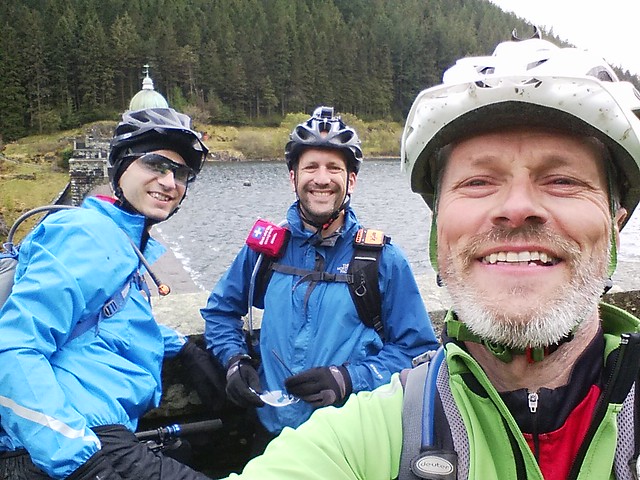 Then July it was down to Paris and back to watch the Tour de France. Four of the longest days in the saddle and the most miles I have ever ridden, truly hard work, but really rewarding and opened my eyes to what I am truly capable of. 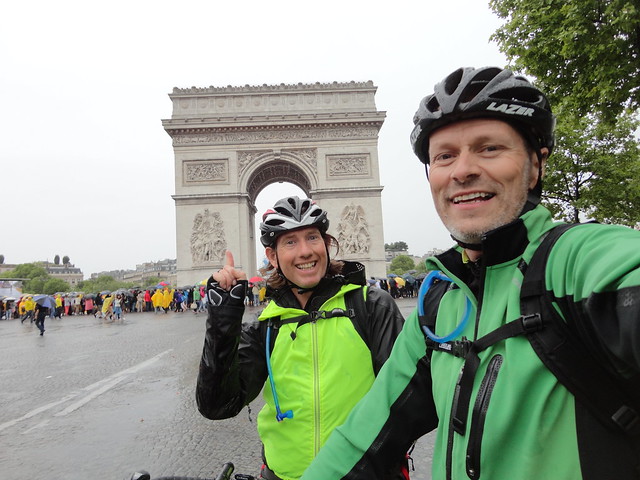 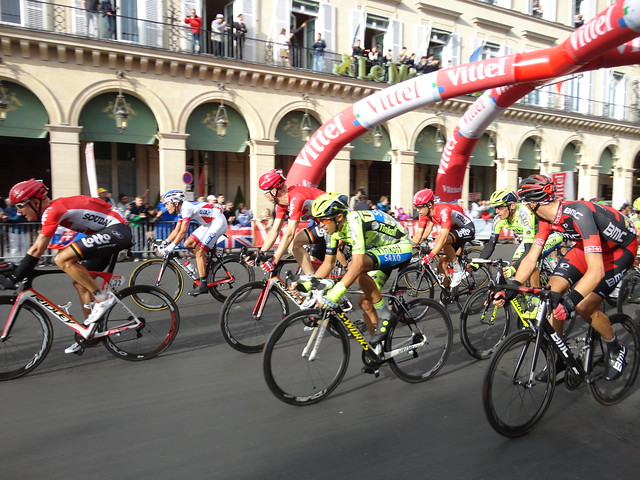 Then in September came the biggie, the Coast to Coast, the guide book said eight days, but we only had four at our disposal. Staying in YHA’s meant we had a definite target every day and big mountain trails in the Lake District meant the first two days were brutal. What an amazing trip it turned out to be, but we underestimated just how hard it would be and how long we would spend in the saddle each day. Truly good preparation! 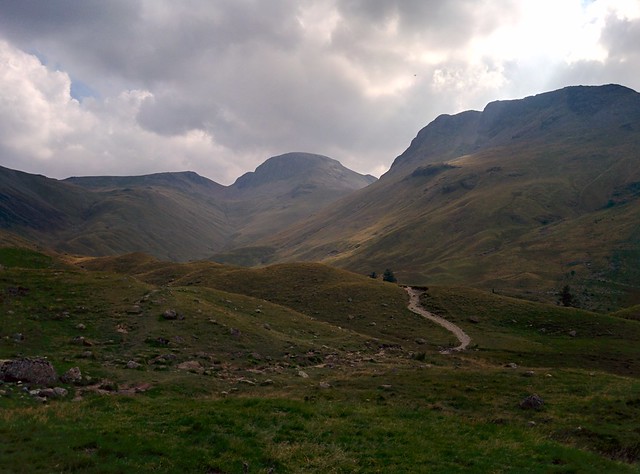 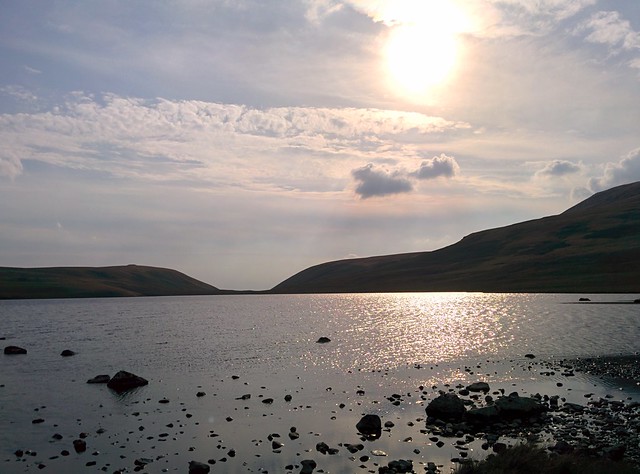 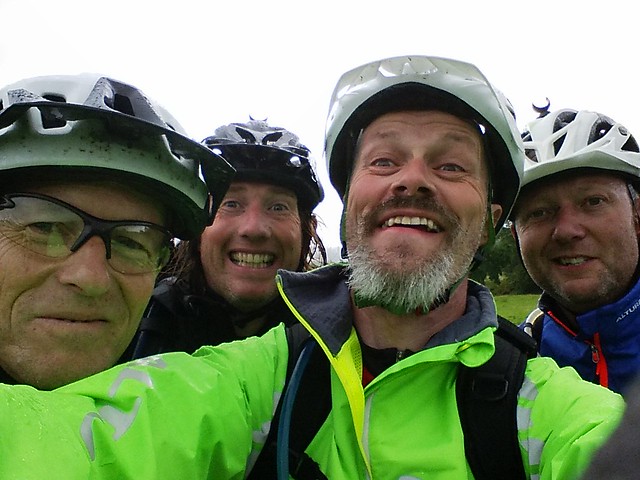 So I’ve truly had a great year and some great adventures which have given me the opportunity to try my gear and decide what I wanted out of my bike. My Genesis Longitude truly turned out to be an amazing machine, but I wanted the comfort of a titanium frame like my Kinesis Sync. However the low standover of the Sync meant there was no room for a decent size frame bag and after doing a bit of searching Travers Bikes appeared on the horizon. 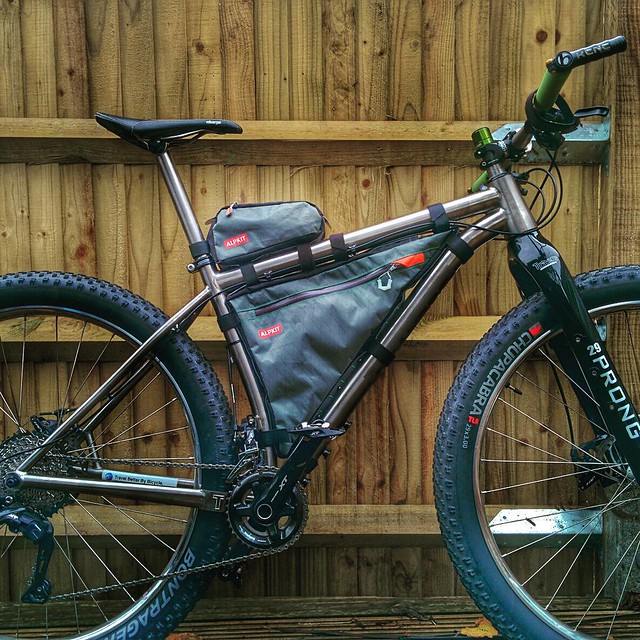 A blend of the Sync and the Genesis and I think I’ve got the perfect tool for the job. I was able to get some customisations to the frame too, so I’m really happy with the end results.

Back in April Jenn was doing an article for Singletrack about a South Downs route and I went along as an ‘extra body’ for the photos. I had a good chat to Jenn about whether I should enter the Tour Divide race or just ride the route and her take on it was that it would be a lot more fun to ride it and not be a competitor. Her advice was to go for it! As luck would have it my son Tom is due to finish college at the end of June 2016 and so he will be free to come along with me on this amazing adventure.

As you may know Jenn sadly passed away in October, she was the one who inspired me in the first place and we’ll be doing this ride in her memory and raising money for Cancer Research as we go. Any donation you could make to my Just Giving page will help us along our way on what will undoubtedly be a tough, but amazing adventure.

So keep your eyes on the web site, I’ll be posting updates on our countdown to the trip, tales of trips we take, reviews of gear that has proved itself, as well as updates as and when I have an internet connection when we finally hit the road.