We stayed at the campsite near the lake, when we got up we went back up to the Boulton Creek Trading Post and bought ourselves water and supplies for the day. We had a really nice chat with a couple, DJ and Kerrie, who had ridden the divide twice and had other adventures too. So it was great to talk to them and find out what they had to say about it all. 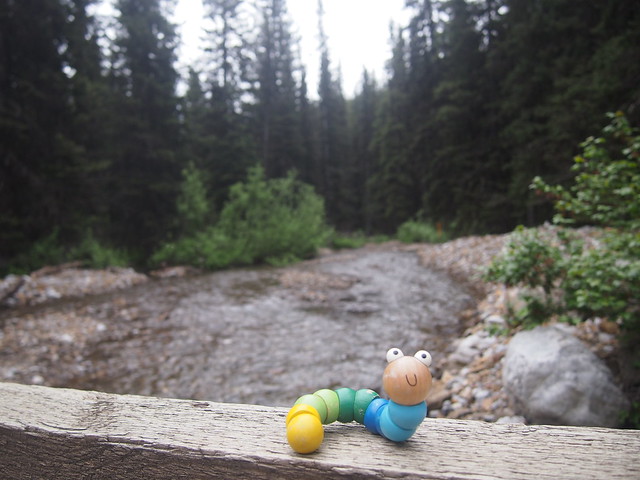 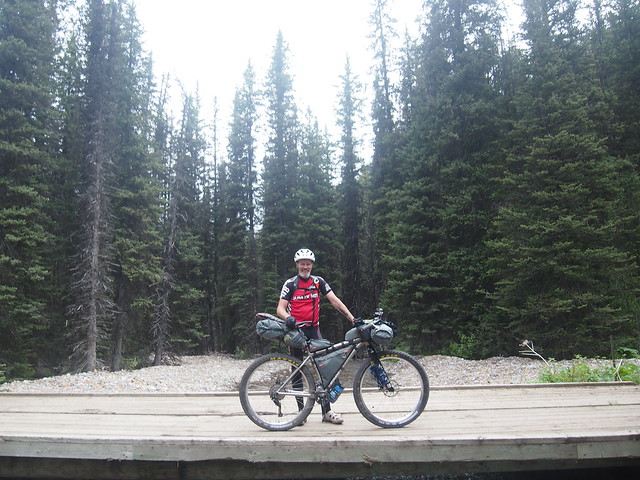 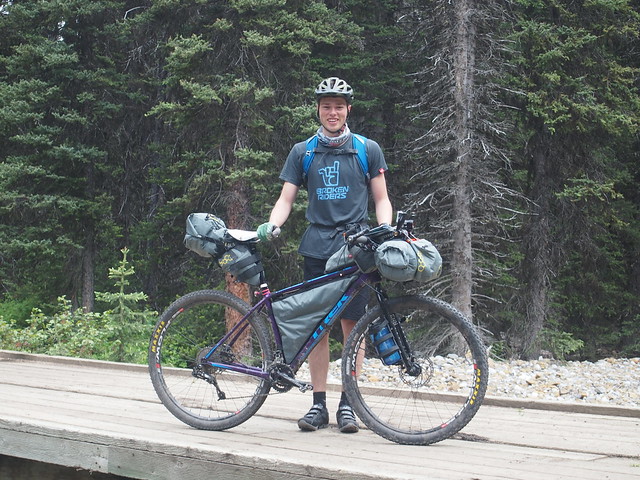 Straight out of there it was onto the trail and up the Elk Pass, which was to be our first Divide Pass. So that was 6443 feet, but actually we started at 5600 feet so although the very beginning of the trail was unbelievably steep once it got going it really wasn’t that bad. 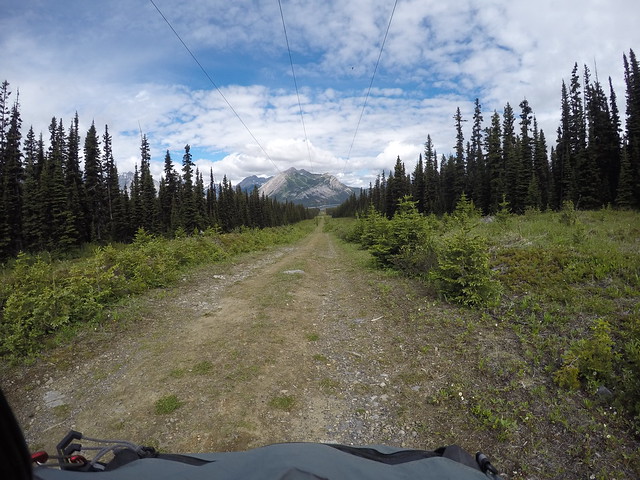 We got over the top and it was a really fun descent, though we were on the lookout as there was bear poop everywhere, some fresh and steaming! Then it was on to the Elk River Road to Elkford, the climb was about five miles, the descent to Elkford was about forty five miles down the gravel road. There were some short climbs, but by and large it was all downhill. 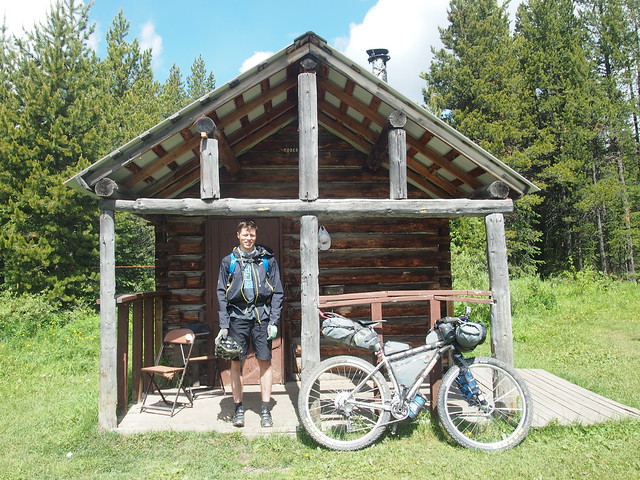 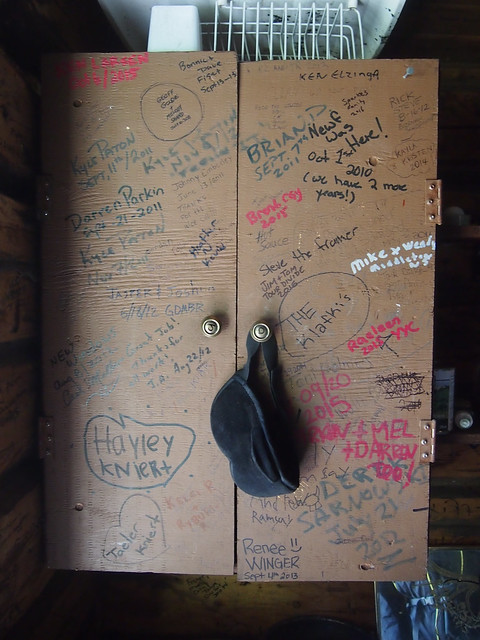 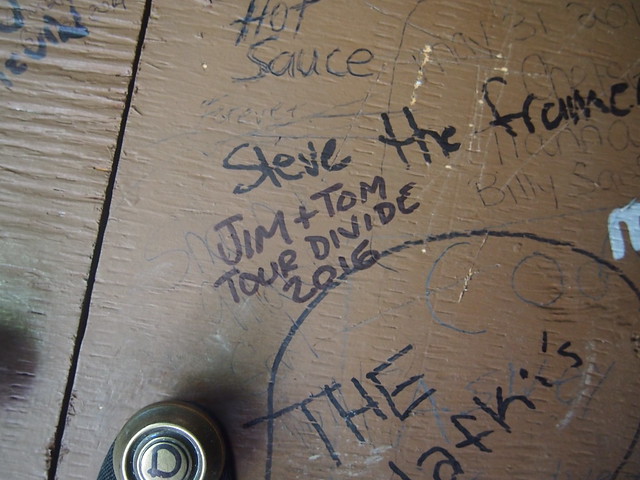 We stopped at Tobermory Cabin which I’ve seen so many pictures of, it was great to stop there and have a look around. We sat about in the sun on the picnic table and ate some cereal bars, all the time looking at the edges of the trees, keeping an eye out for bears. There was a pot full of pens inside and people had graffitti’d the inside of the cabin, so we added our signatures to the cupboard! 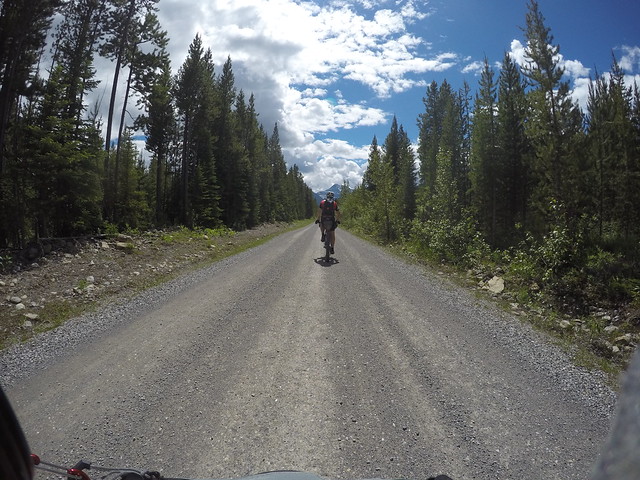 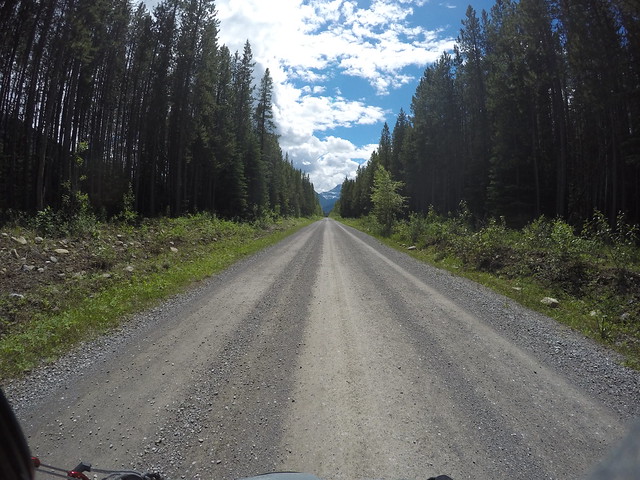 As a resident of the UK it doesn’t seem possible to stay on one road and go downhill for forty five miles so it was an interesting experience. However there isn’t much to say about that section of the route as it was pretty straight and the trees either side made a pretty convincing wall, so when they did occasionally part and reward us with a view it was rather nice! Despite the fact we were in the middle of nowhere there was still quite a lot of traffic on the road, lots of pickups and a school bus of all things, slightly bizarre for a sunday afternoon. 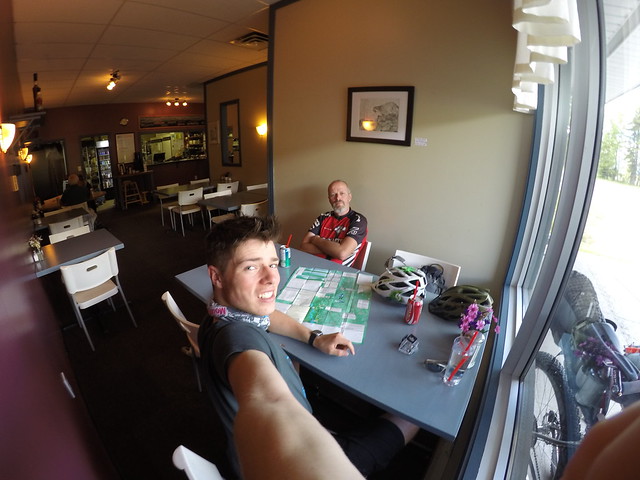 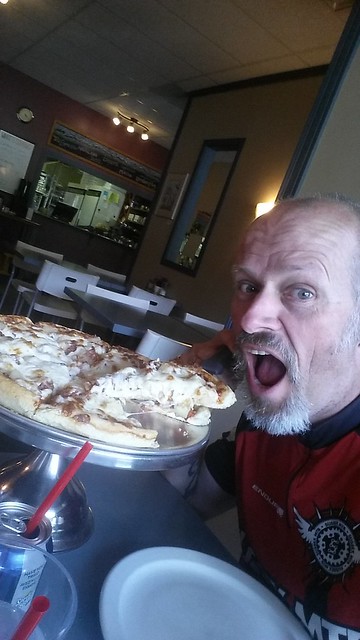 We got ourselves to Elkford eventually and in reality set a pretty good time, averaging 10.1 mph, which was a little quicker than yesterday. So we found the pizza shop and bought two massive pizzas, the usual score of buying stuff when you’re hungry when in reality you don’t really need that much. We ended up eating half of it each and boxing the rest up and taking it back to the camp site, but in the end neither of us ate the rest! 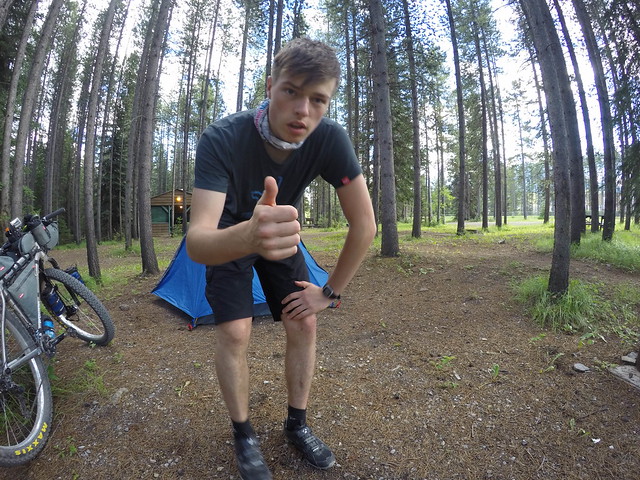 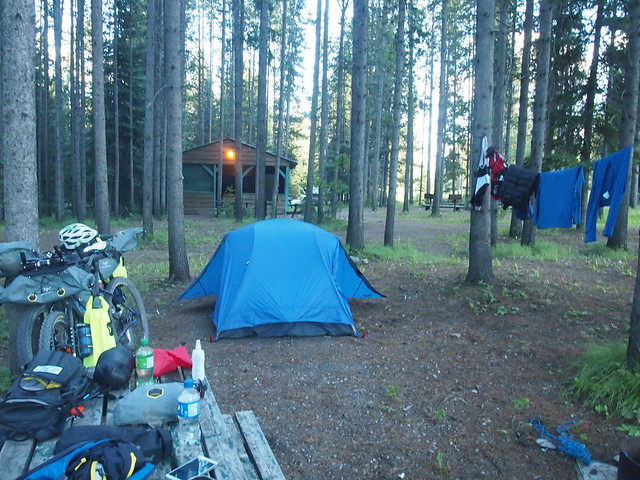 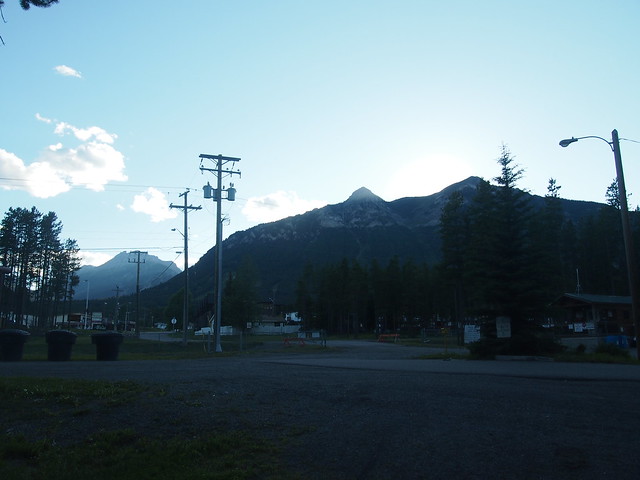 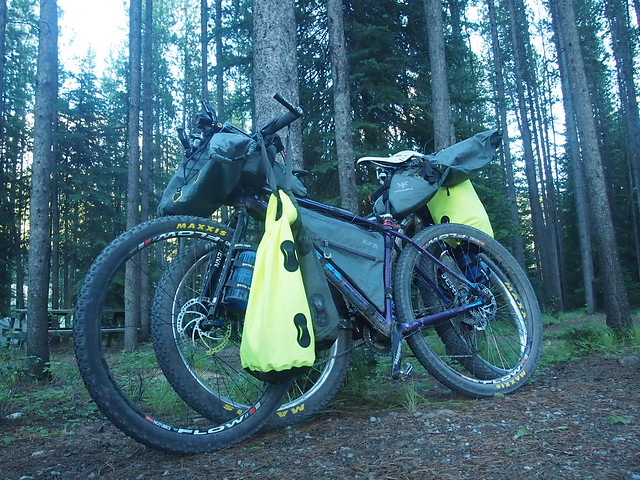 We finished the day in Elkford Municipal Campsite, we probably should have pushed on to Sparwood, but it was another thirty miles and another pass and the lure of a hot shower was just too much!