Dodging cooking yet again we headed into Whitefish and found Amazing Crepes (http://www.amazingcrepes.com/) where we had a slap up feed. I opted for a ham and cheese crepe, Tom opted for strawberry and nutella. Then we went off on a hunt round town for gas canisters as we’d used the last one up cooking dinner the night before. This proved harder than you would imagine in such an outdoorsy place, indeed all the shops in the historic downtown part seemed to sell lots of designer clothing to make you look like an outdoor type, but if you actually needed to get any kit to actually venture out you needed to go a little further out of town. 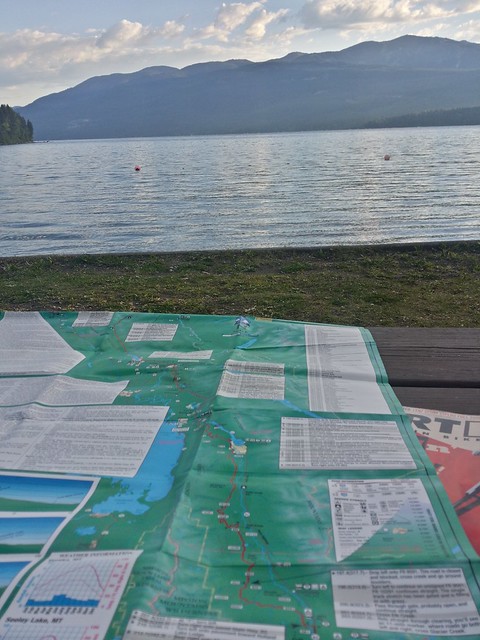 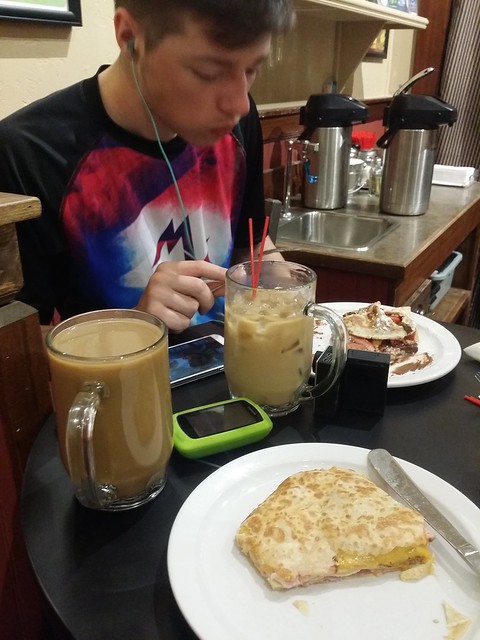 The Outdoorsman was located just over the road from the Starbucks we’d visited the night before, it was an amazing store where you could get just about anything to suit your outdoor needs along with, what was becoming readily apparent to us was the Montana norm, a huge range of knives, guns, crossbows and just about any other way you could conceive for hunting animals down and disposing of them. 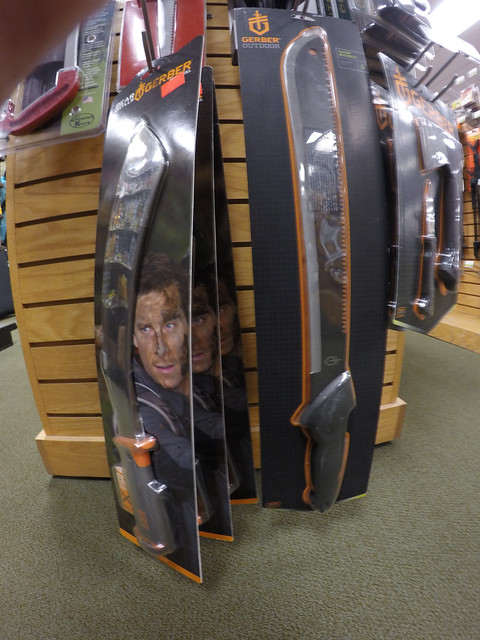 We picked up a couple of gas cans and I also got some very lightweight shorts so I could at least get out of lycra at the end of the day and not spend my entire thirty five days in it, yuk!

The rest of the day was spent lounging around at the campsite, I sat and read a magazine and Tom hired a kayak and disappeared out onto Whitefish lake, so far away he was a little green speck on the horizon. The lake was about ten miles long, so a pretty substantial size. It was also at this point we started our trip long survey of people’s pick up trucks and tried to decide what we would have ourselves if we lived there. With a constant parade of people unloading their speed boats into the lake there was a lot to see. In the end Tom opted of the Dodge Ram twin wheel and I’d decided on the rather incredibly named GMC Denali HD Black Widow edition, hey, boys have got to dream right? 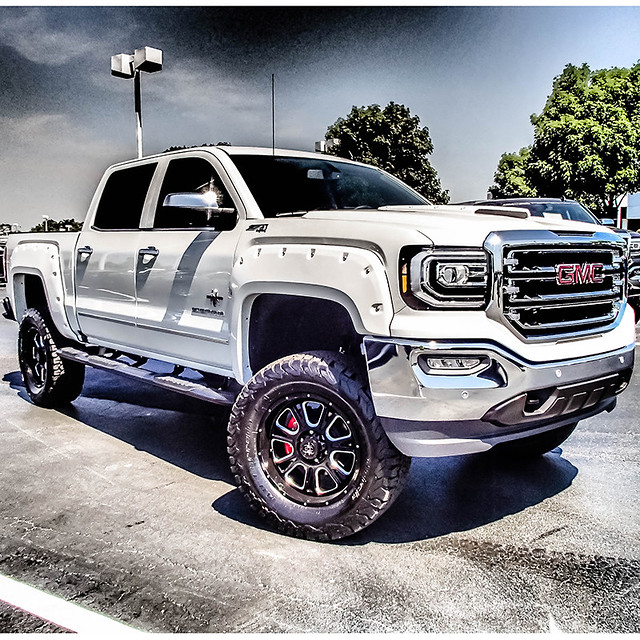 Not vulgar at all, I’m sure you’ll agree 😉 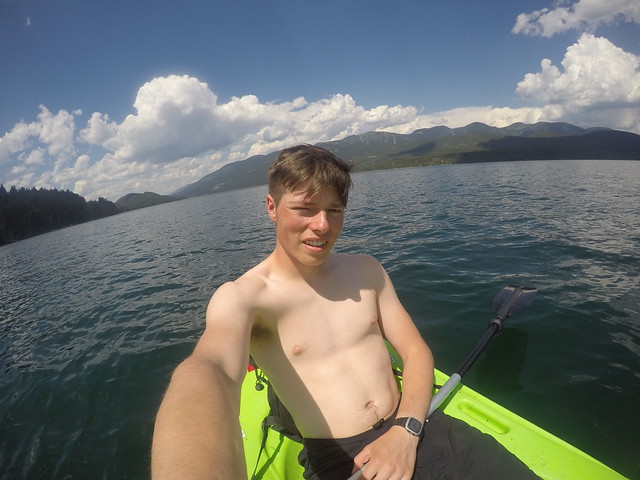 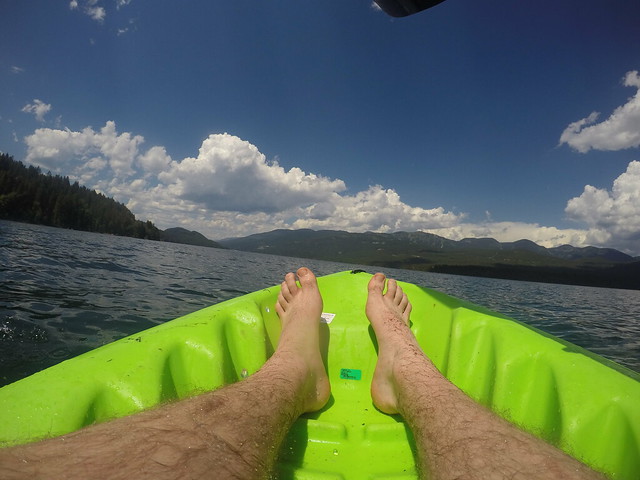 It was here, after an overheard conversation, that we discovered the bear attack that had happened locally. Large areas were apparently closed as they were looking for the offending bear and yet again this left me with a dilemma, I was totally struggling with my motivation for the trip, knowing that Tom’s safety was potentially being put in jeopardy. Should I be doing this? Should I be taking him places where there was the potential for us to both be injured? I spent a big chunk of the day wrestling with my conscience. I contacted various people back home as I just didn’t know what to do. I’ve followed the Tour Divide race for a long time and I know that incidents with bears are uncommon and indeed there had only been ten deaths by bears in the Glacier National Park since it was created in 1910. Indeed the first time someone had been killed in over a decade. 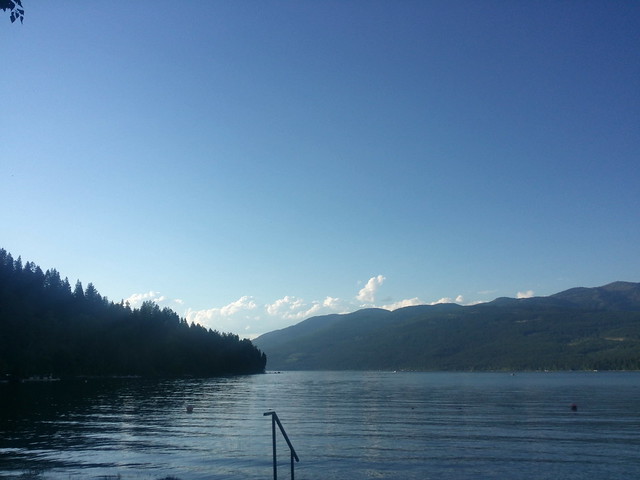 However when you are there yourself and it’s your decision to make it is very hard to know what to do. We visited the bike shop and they helped us out with the route and it was clear the next few days would be getting us out the area, so we decided that we would just keep on with it and take it a day at a time. I had thought about getting a car and going a bit further south, but looking at the map it showed that we would have to probably go three hundred miles to the next car drop off so it just wasn’t feasible. As we discovered many times over the course of the journey, even if you think you want to quit it’s really hard to get out and can sometimes take many days.

So the plan was yet again revised, on careful inspection if we reduced our pace to something more similar to the guide book we could at least make sure we slept at camp sites in towns, that made me feel a little happier too. Obviously we could still encounter a bear on the trail, but as long as we followed the guidelines, made a bit of noise when on the trail we would a least be doing everything we could to limit the chances of anything happening.

The other thing I decided to do was to keep my cache battery charging off the dynamo all day and then use my phone on speaker in the front pack to play music when climbing so that we can concentrate on breathing and not talking all the time. Not ideal I’ll admit as really I wanted to make the most of being in the wilderness, but I just needed to make myself feel safer. 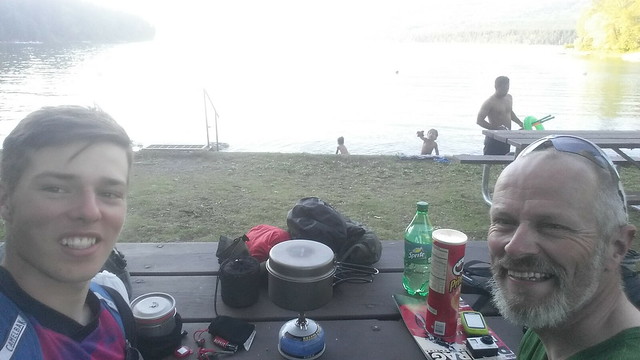 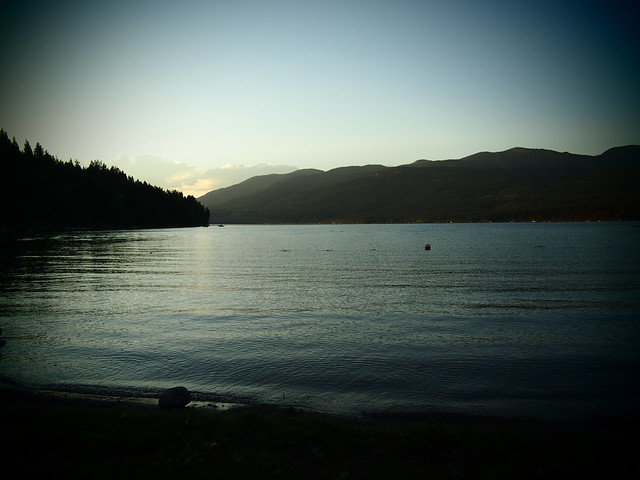 Back at the camp site we also met some fellow riders, one couple who were from France and were doing a road tour and an American couple who were on cyclocross bikes. They had a trailer on the back with their dog in it, he was still a puppy, but was a big lad. They had started in San Francisco when he was only a few weeks old, so he’s grown quite a bit! They had been up through the Redwoods and were heading to Banff, but had decided to take a route across the north of the country in stead, hoping eventually to head towards New York. We were talking about the Tour Divide route and they had spent last summer living in Independence Ghost Town on top of Independance Pass in Colorado.