When we got up two of the guys had already packed up and left and Glen was sorting his stuff out too, so we whipped up some porridge, packed up the kit and headed out to reconnect with the divide route at Ferndale. 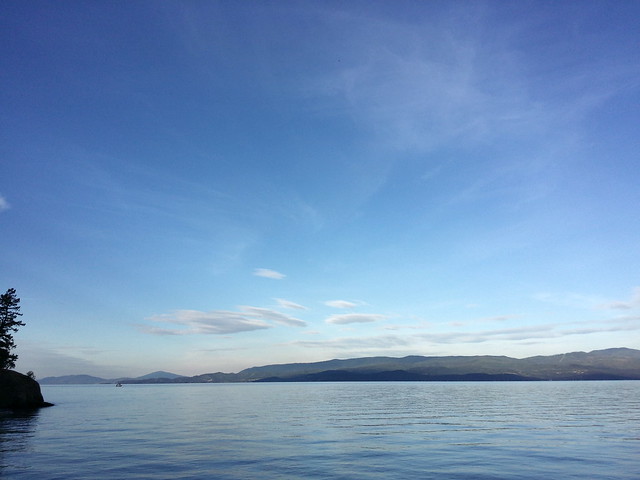 Initially we were on tarmac backroads, before they eventually turned into gravel roads and started to head uphill. The weather was still good, but a little cooler than previous days, which was nice. We were enjoying getting back on the trail and I was especially enjoying not seeing any bear poop on the trail for the first time in a long time! Although we were still remaining super vigilant, especially on the downhill sections where we were singing, just to keep the furry critters aware of our presence. 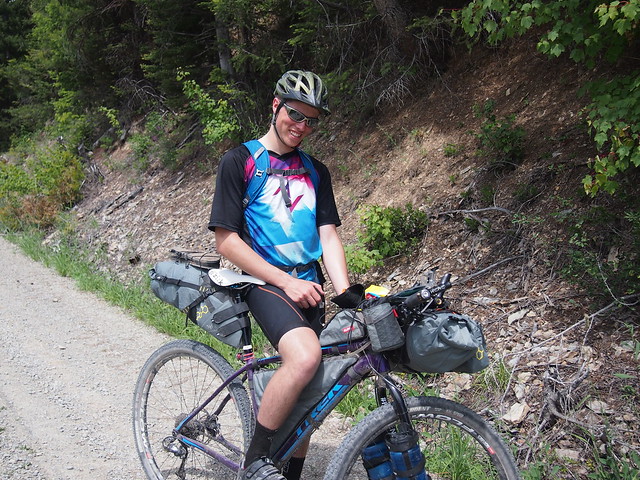 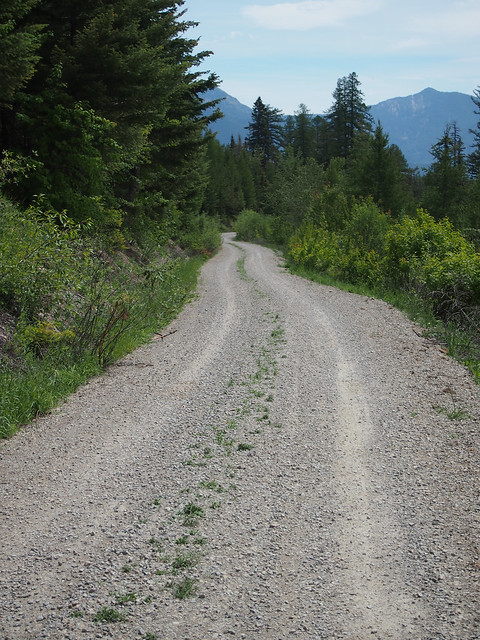 On the first long climb of the day we understandably didn’t want to be talking or singing the whole time, so I had my phone on speaker in the front pocket and we listened to the whole of Metallica’s Ride the Lightning and And justice for all. But when the trail eventually tipped back down hill towards Swan Lake I had to stash the phone away to avoid any incidents and we resorted back to talking. There were a few hairpins and we really didn’t want any more surprise bear introductions. But for the whole section there were no footprints, no scat, no sign at all. Happy Jimbo! 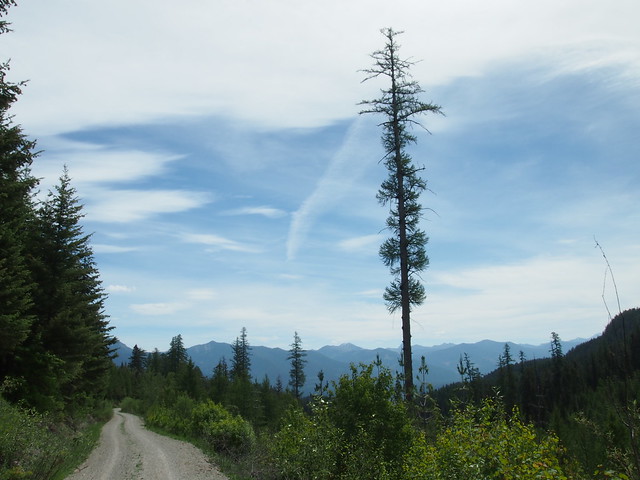 It was a great descent, losing a couple of thousand feet in a pretty short distance, but ultimately we had both paid the price for our exertions on the climb and as we were riding along in the valley at the southern end of Swan Lake Mr Bonk tapped us both on the shoulder in a fairly spectacular way. It was obvious that we wouldn’t be making it to Condon, which was our original target for the day so we took the FR10229 to Highway 83 and went to Swan Lake itself which was shown as having full services on the map. 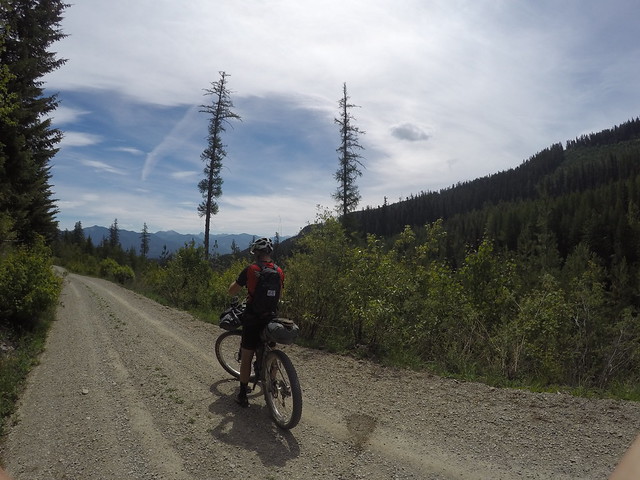 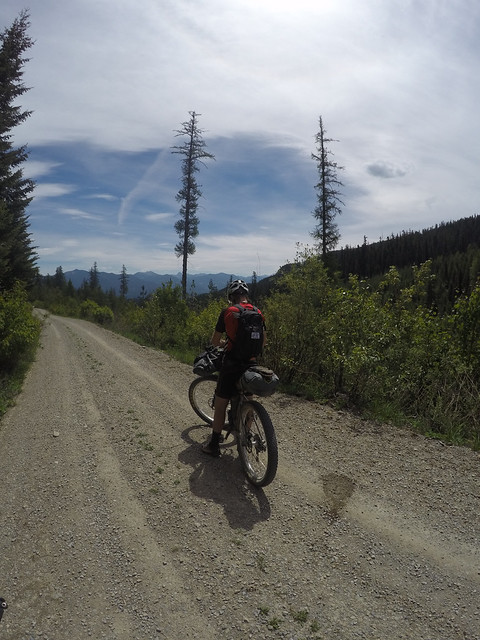 It was only 13:30 when we got there and there was a shop, diner, campsite all on the same site. We grabbed some food and a drink and sat in the two very comfy chairs on the porch. With hindsight this was probably a mistake! I was falling asleep almost immediately and Tom wasn’t far behind. We decided to have an easy day got a pitch at the camp site, which was probably just as well because my stomach decided to inflate itself to comedy proportions for no readily apparent reason and I spent a decidedly unpleasant spell in the toilet. The rest of the afternoon was spent with both of us asleep in the tent. I guess fatigue was starting to bite with a vengeance. 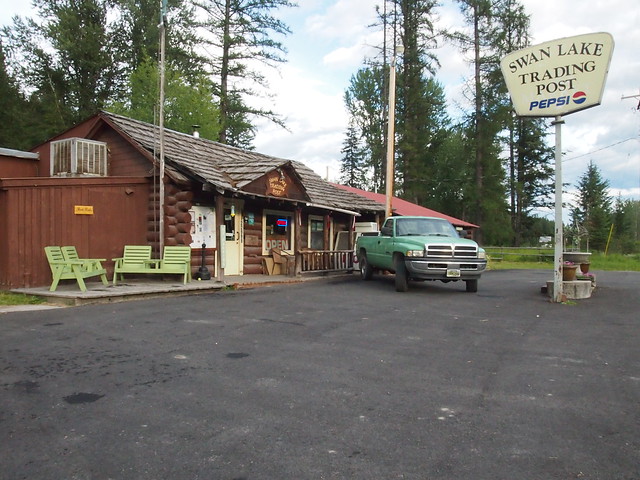 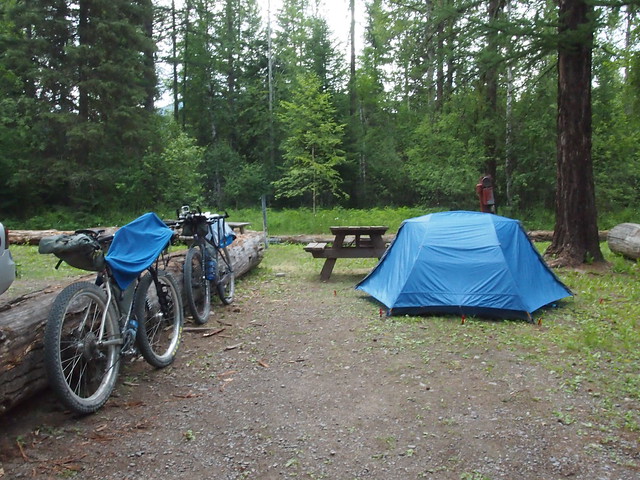 The tent had been put up without the flysheet on top in an attempt to stay cool, but midway through the afternoon it started to rain for the first time in a few days and we had to leap into action and get the flysheet on to keep the rain out. Dinner consisted of radioactive orange macaroni cheese and we turned in early.