Avoiding cooking breakfast again we rode into Bigfork to Brookside Yard, we had to avoid a 5K running race that was going on at the time and the finish line was by the cafe’s front garden. Once again, as had become the norm, we searched out a power socket and put everything on charge before getting stuck into iced coffee and cinnamon rolls, yum! 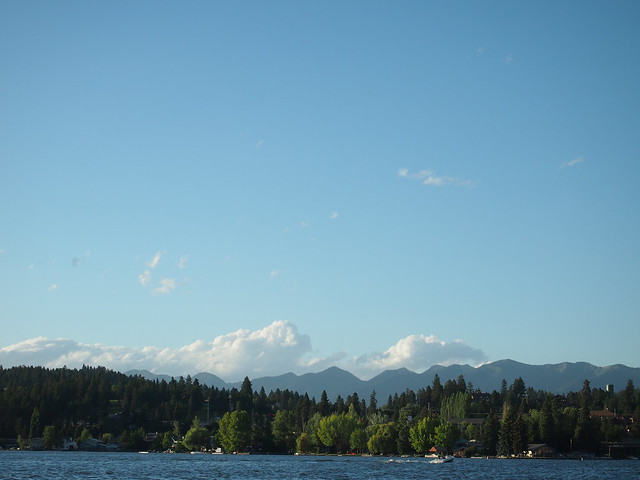 Well Bigfork is classed as a town, despite the population of 4270, which probably doesn’t make village by UK standards, but I think every one of those people, plus a lot of outsiders like ourselves, were setting themselves up on the roadside to watch the fourth of july parade. 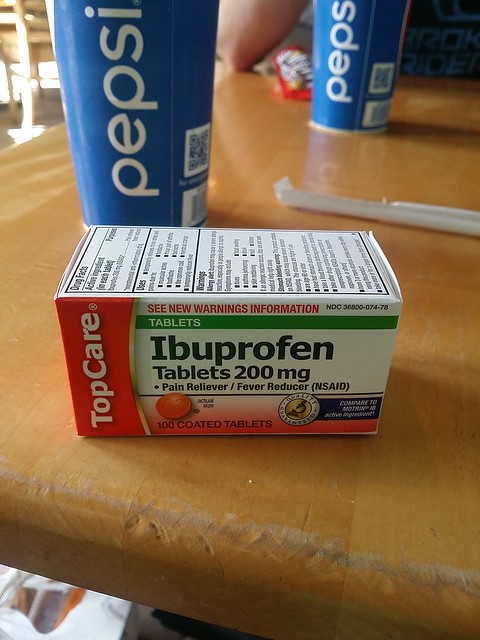 The parade was great, it was as stereotypical as you can probably conjure up in your minds eye, but actually everyone was enjoying themselves and celebrating their country. It’s such a shame that we don’t seem to be able to do something like this in the UK. Our ridiculous drinking culture and thinly veiled racism about our Englishness would just make it impossible, which I think is a great shame. 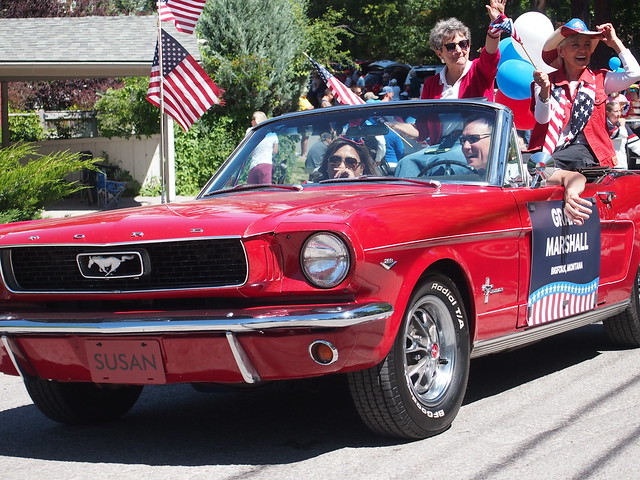 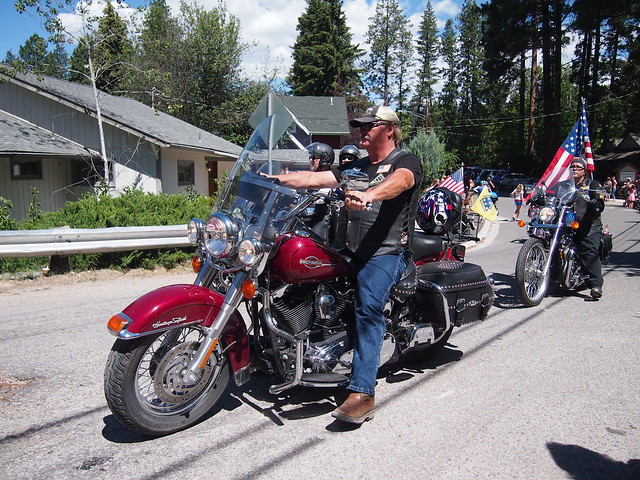 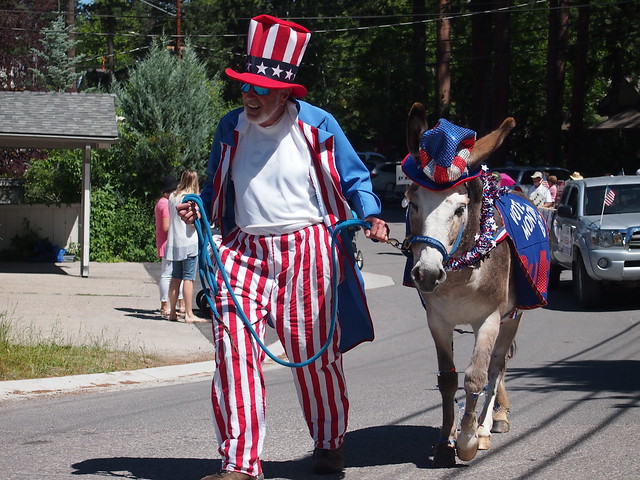 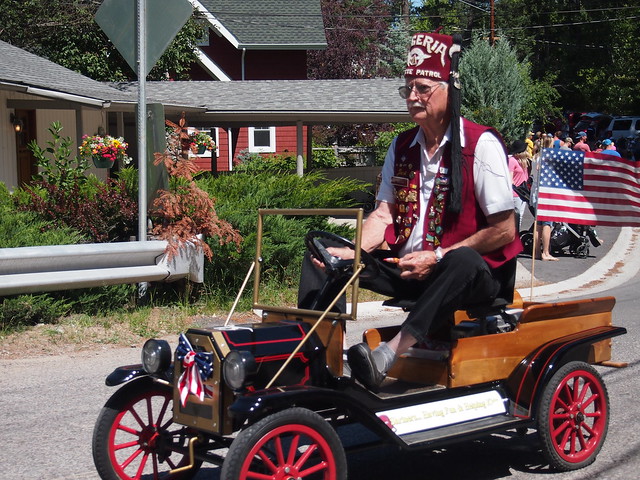 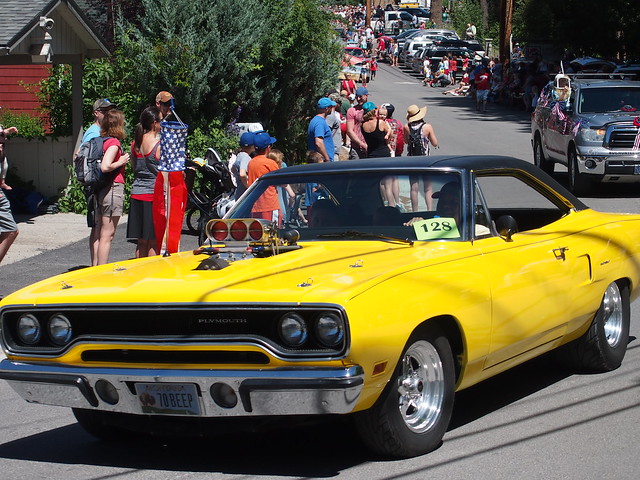 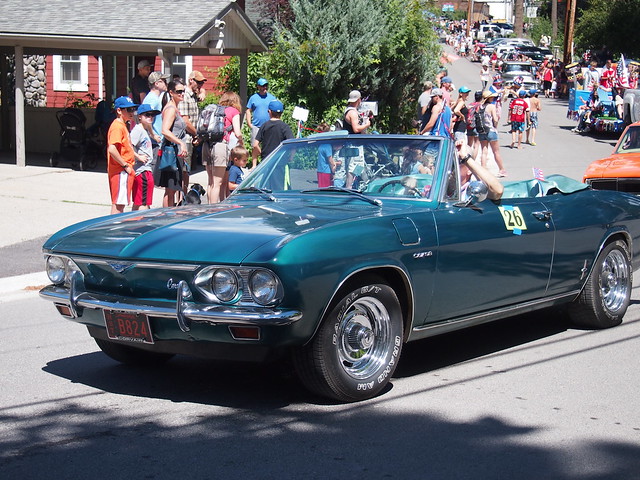 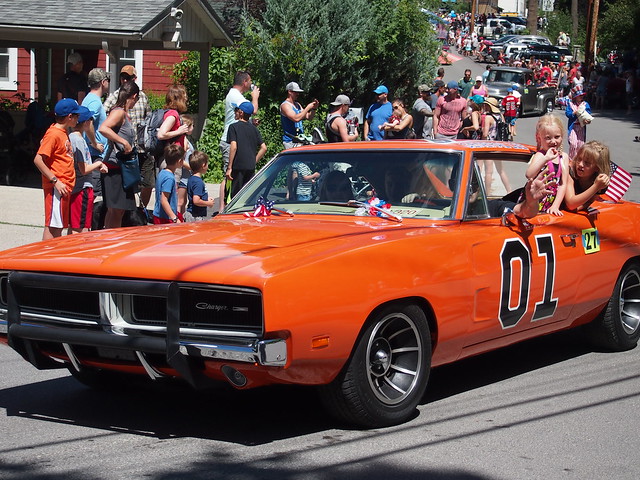 The rest of the day was spent relaxing at the camp site. Tom was going to swim in the lake and dive off the pier that says “no jumping”, but just as he was about to dive the Sheriff’s boat went past and gave him a blast of the siren so he though better of it. He said it was because they may have been “packing heat” so he thought retreat was he best option.

We also had a good chat with a new camp mate, Jan from the Netherlands, who was doing the Trans America route and decided to pop up to Glacier National Park and check it out. He had till the end of July on his visa so was looking to go and check out Canada too. After that he was planning to get a plane to somewhere in Asia and ride home from there as he had quit his job to do the trip and had no set time to be back at home, the only restriction being get back before the money runs out.