We headed out of Bigfork, back down Highway 83 to rejoin the route where we had previously left on the day of the double bonk. Stopping briefly at Swan Lake where we had camped previously, we bought ice cream to grab a few extra calories before heading back off road. 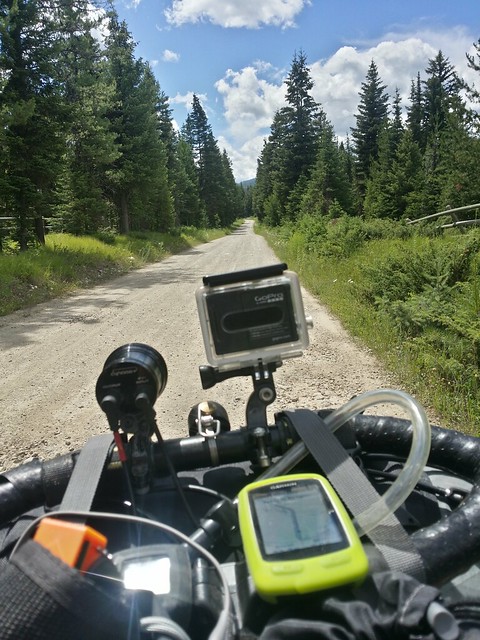 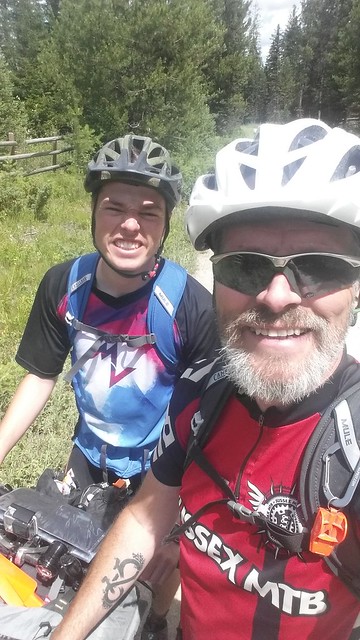 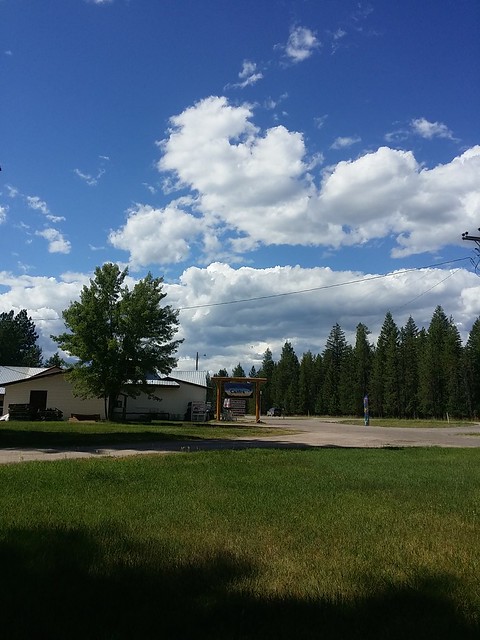 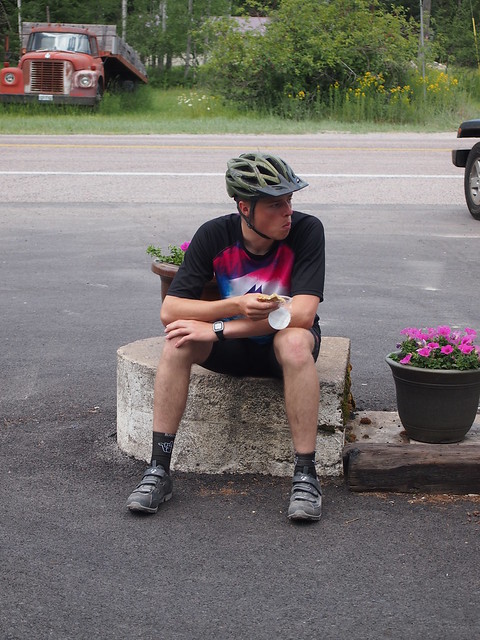 The next part of the route was awesome, more rolling gravel roads, but really beautiful scenery. The weather was playing ball too, it was nice, but not too hot so we mad good progress. As is often the way though there was a chuffing great climb that didn’t seem to appear on the map profile, or at the very least was harder than it looked. 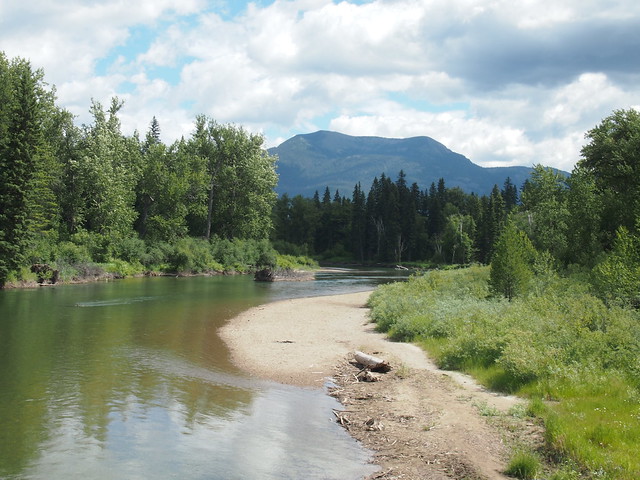 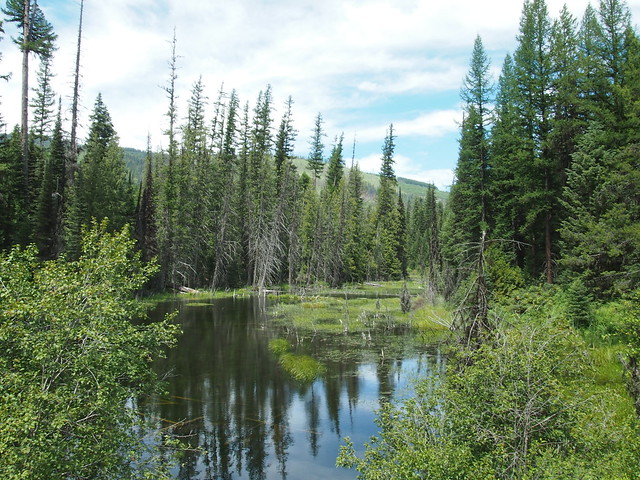 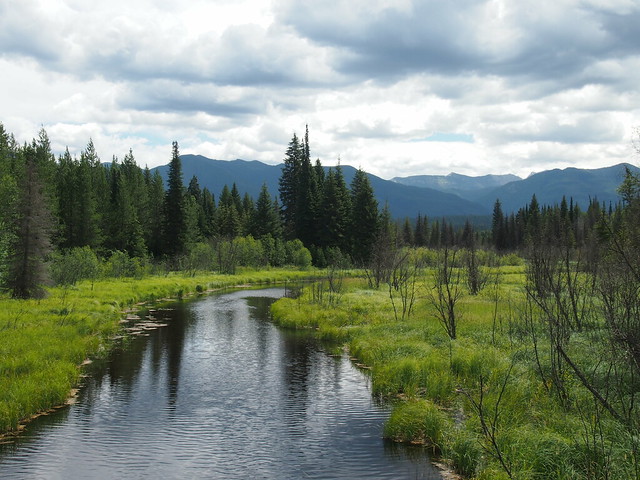 There was no sign of bears on this section, which meant I could at least relax a little, although I did manage to lose my bear spray out of the fuel pod on a particularly bumpy descent, so we are now down to one can between us which Tom has. We also met a cool guy called Payton who was doing the route northbound and was really motoring, not so much that we didn’t have a great chat though. 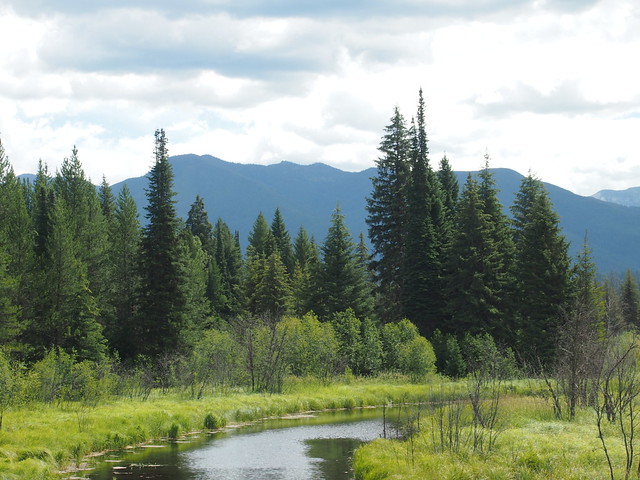 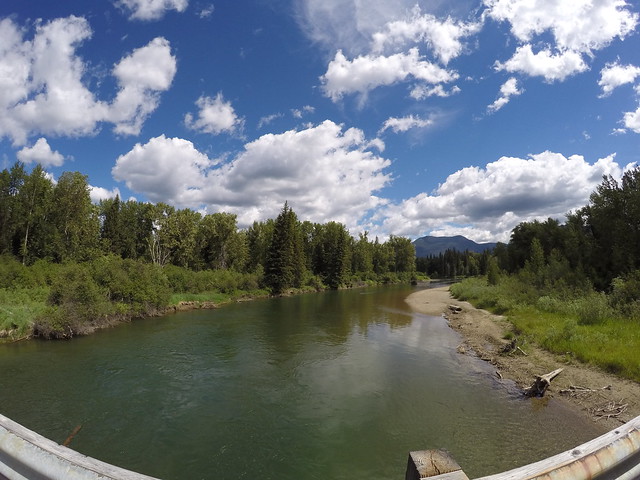 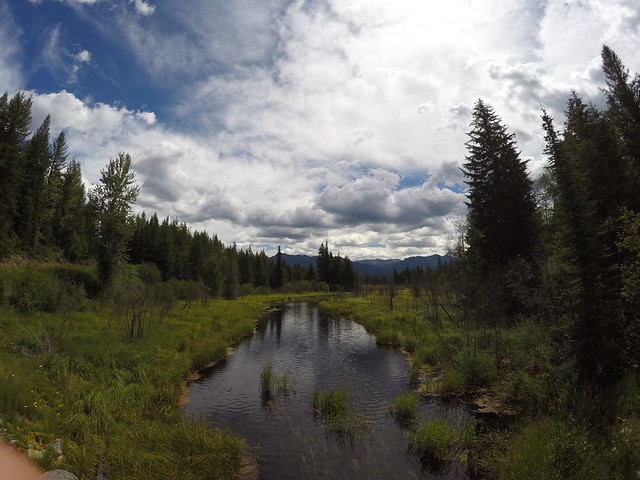 We needed to buy food for our evening meal and a look at the map suggested there was a shop on Highway 83. We cut down one turning early on Cold Creek Road and turned onto the Highway only to find that the service station in question was fenced up and had long since closed. 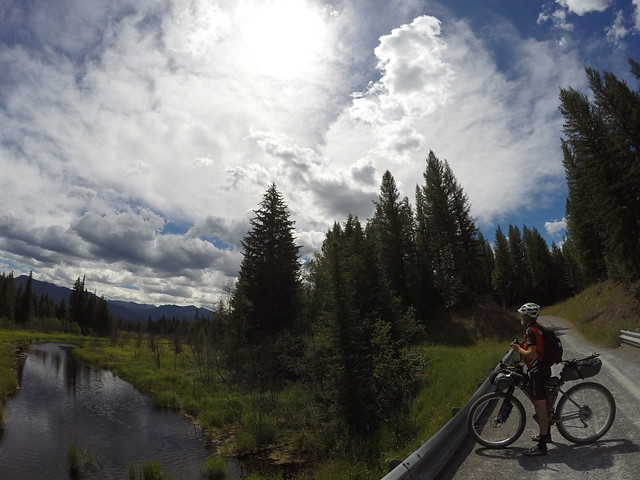 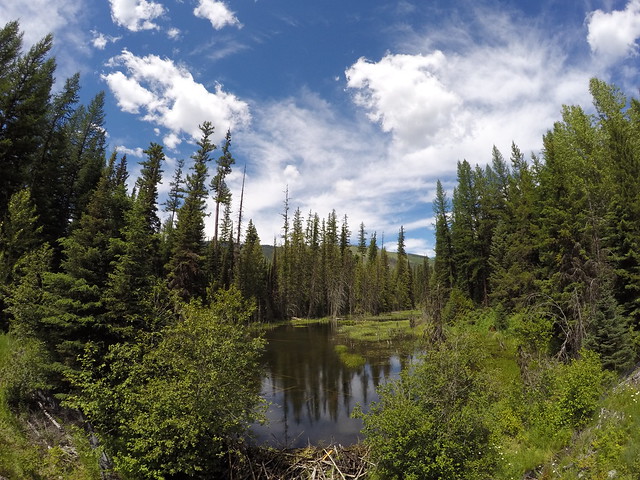 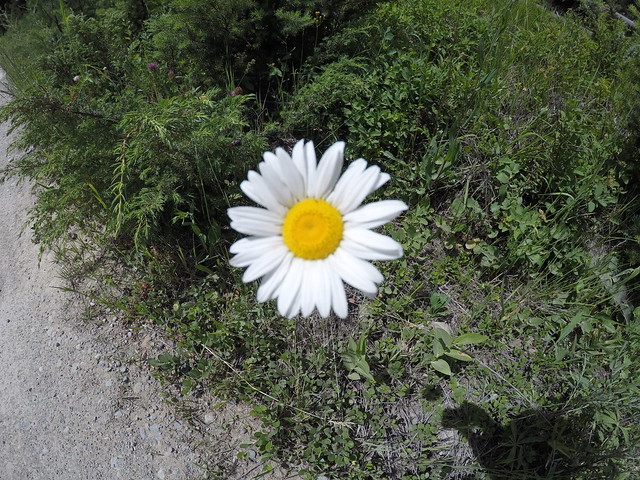 After chatting to a passing driver who had stopped we learnt that there was another place a few miles down so we carried on, only to find it was a bit further than expected, but luckily was also the place I had earmarked to camp for the night at Condon. 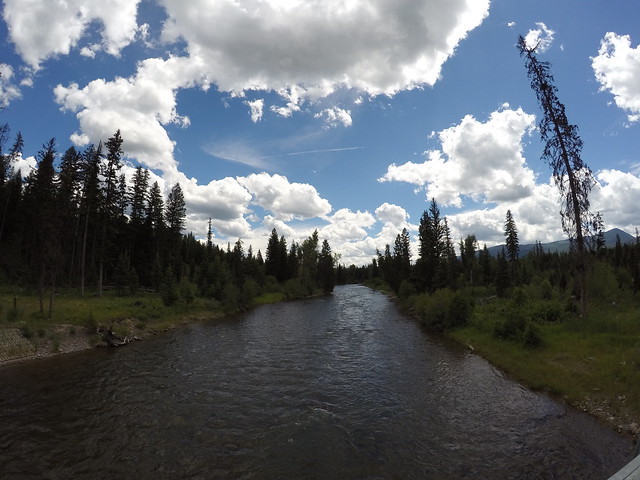 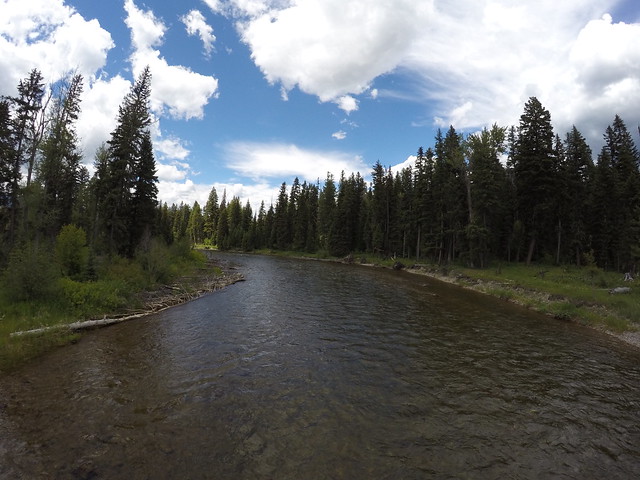 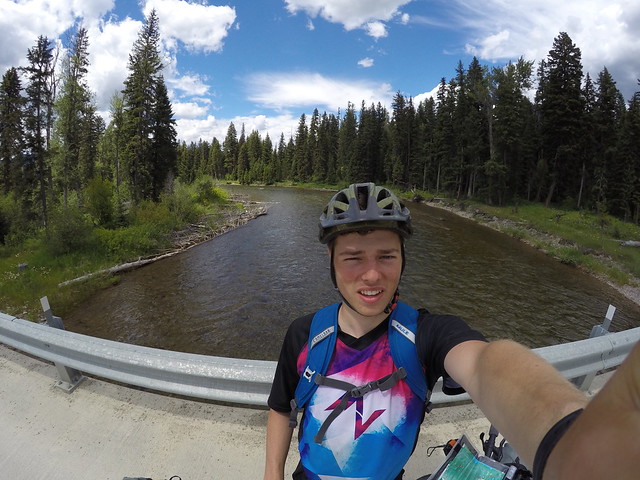 Calling it a campsite was actually bigging it up rather too much, but anyway we camped on the lawn by the shop. Bought ourselves yet another radioactive mac and cheese, plus a load of other stuff, crisps, chocolate etc! They also had a laundry room so we took the opportunity to charge all our stuff and use the Wi-Fi. I also overheard an interesting conversation where the store owner was telling a visitor about the effects of chem trails and mind control additives in food and what they did to her children!!

Rain was forecast for the next day…