Today we woke up and were feeling really jaded after such a hard day yesterday, the distance, amount of climbing and also the heat had taken it’s toll. It was pouring with rain properly, for the first time on this trip, but although it was wet it was still not as wet as a Welsh Ride Thing! None the less it was only ten degrees and very wet. 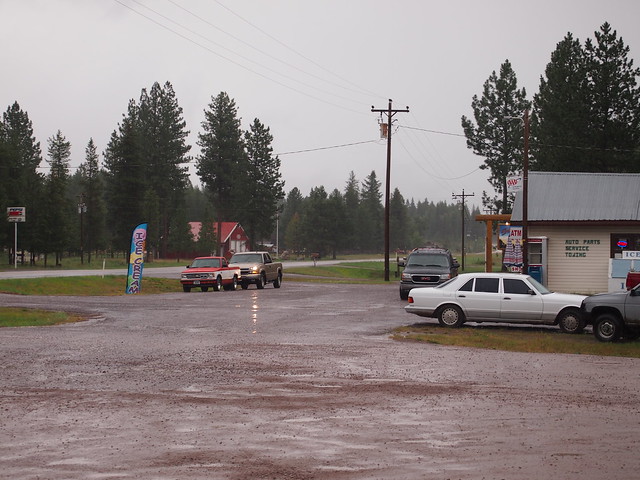 We relocated all our stuff from the field we were camped on to the porch of the community centre a couple of hundred yards away. It had chairs and a decent overhang so at least we could pack away under cover.

We started cooking up our porridge for breakfast and as Tom stood up from checking the stove he fainted and went straight off the porch face down in a puddle. It was immediately obvious that the distance was starting to take it’s toll! So we decided that rather than tackle Richmond Peak in the rain we’d take the highway to Seeley Lake, the traffic was light, apart from dodging the logging trucks. They are so large that you can hear them coming, especially on a wet road, so we just got off the road and well out the way every time we heard one.

We set off into the rain and after a while we were really crawling along, only managing about eight mph. Stopping on the side of the road for a break I looked back the way we had come, way off in the distance I could see a lone pick up coming our way. I speculatively stuck my thumb out and to my amazement he stopped, turned round and came back to where we were standing.

The driver asked if we were alright and had we had a breakdown and I explained that we’d actually had a physical breakdown rather than a mechanical one! He said he was more than happy to take us to the next town, so we took off our front wheels and balanced our bikes in the back of the truck, the truck was a crew cab and they moved all their stuff around and we gratefully squeezed onto the back seat. 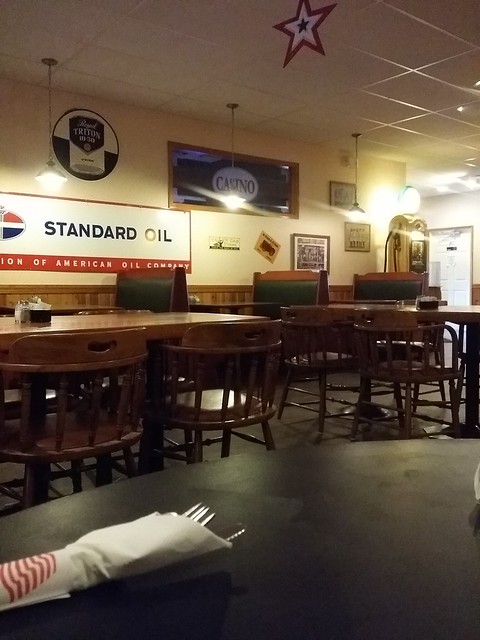 So it’s a big thank you to Graham and Kai for some trail magic. We arrived in Seeley Lake nice and early and booked ourselves into the Seeley Lake Motor Lodge (http://www.seeleylakemotorlodge.com/) a chance for a decent bed for the night so Tom could recover and we spread out all our wet gear in the room, including the tent, to dry it all back out. We’d spend the rest of the day resting, eating and relaxing. We went for a massive feed at The Filling Station, Tom got a burger the size of his head and we bought some more gas for the stove, then watched TV for the rest of the day. 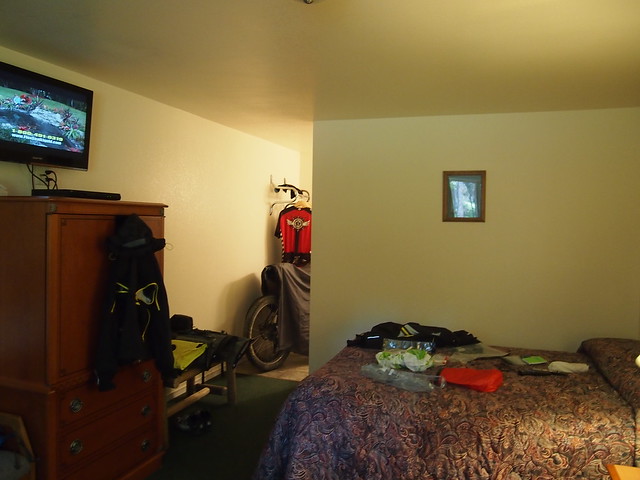 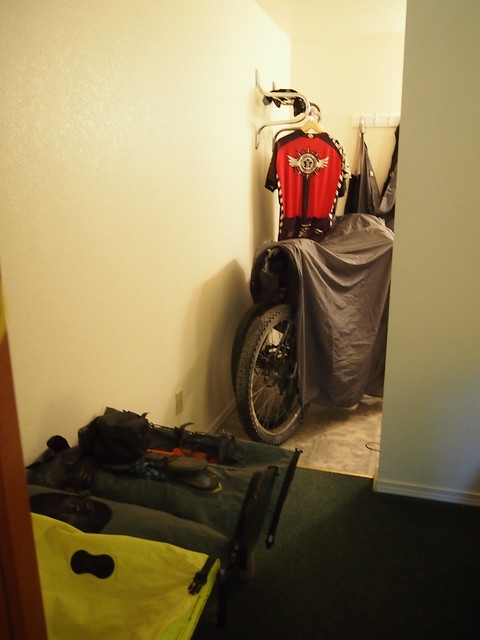 It was becoming more obvious that each time we had to do a big day we’d pay for it the day after.