We started the day feeling recharged after a night in the motel with such luxuries as beds, baths, TV and WiFi!

Heading straight over to the nearest coffee place, the food selection was sadly lacking so we had to make do with the gas station, which wasn’t so bad, we had a large coffee each with Tom having a sausage and egg burrito and a sausage, egg and cheese biscuit (scone in English!). I had a ham and egg croissant. 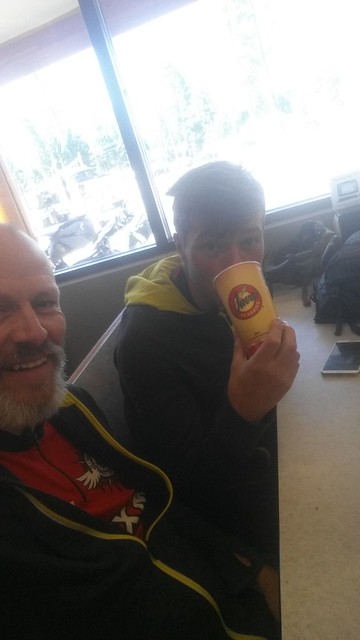 Still feeling a little battered we decided to take the road to Ovando, which was not too far a ride. It was just as well as it was my turn to feel like death today, we only managed about 7mph for the first hour, with me sitting on Tom’s wheel. So we didn’t go too mad and took the time to stop and admire the view. 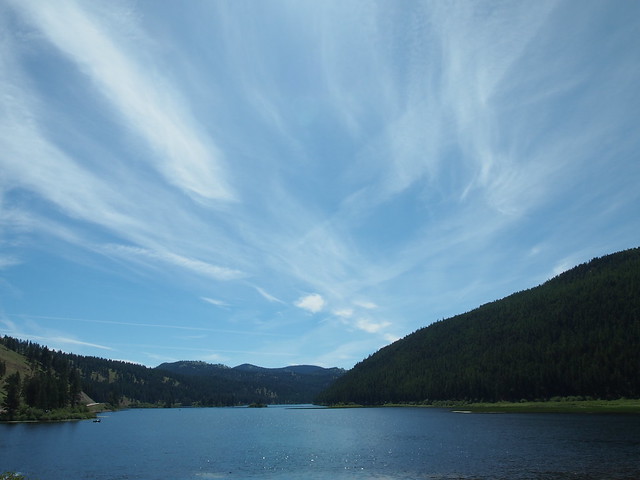 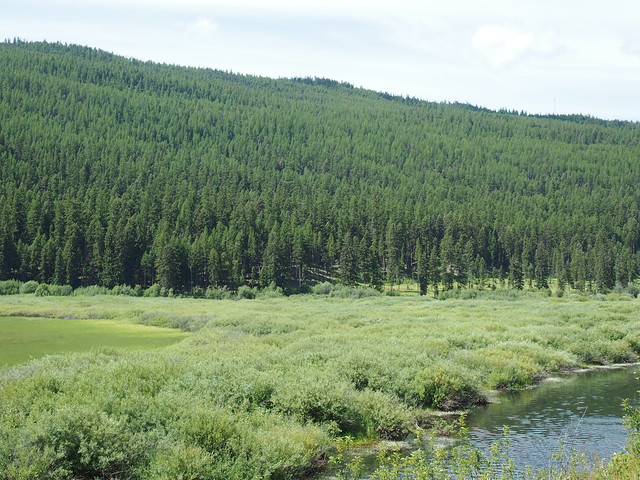 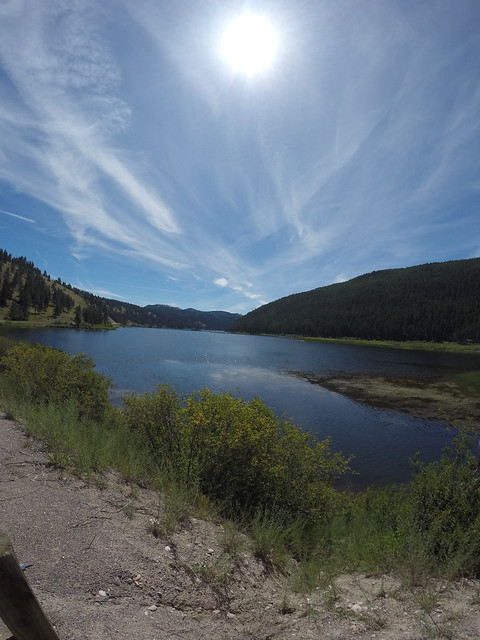 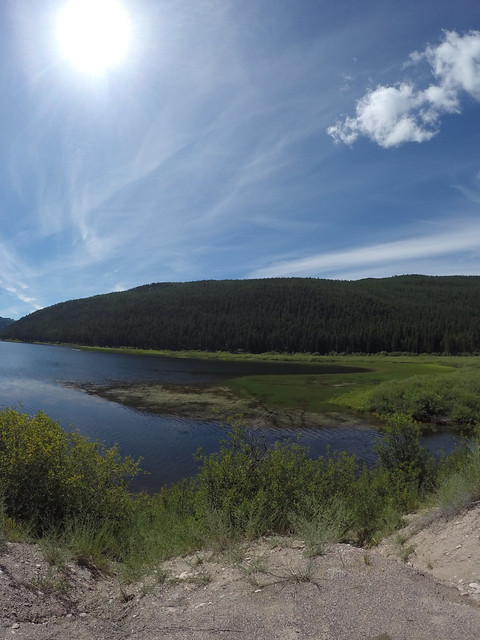 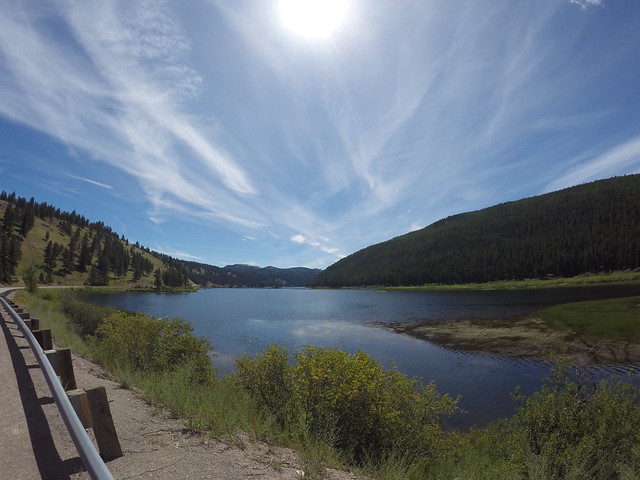 Turning off Highway 83 and on to Highway 200 to Ovando it appeared on the map to be largely downhill, as has often been the way on this trip though it turned out not to be the case. Uphill, but in a draggy, energy sapping way rather than steep climbs. This could have just been us in our knackered state though of course. We stopped at the services on the junction of the two highways and had the usual doseage of Sprite, ice cream and other naughty food stuffs.

The Ovando junction took forever to come into view, despite the fact it was only about seven miles after the junction. But the highway had a pretty wide shoulder and the traffic was really light, so it was still a nice ride. As ever though we had to keep our ears open for the logging trucks, but after a few days of riding in America we did become accustomed to the unique noise they make, so were able to get off the shoulder and well out the way each time we heard one approaching.

We rolled into Ovando early in the afternoon, which was amazing as we felt like we were going to die on the ride once or twice, although in the end it had only taken us two and a half hours. 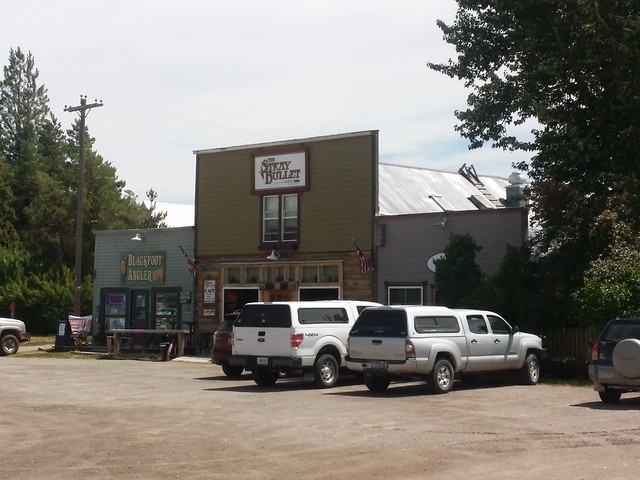 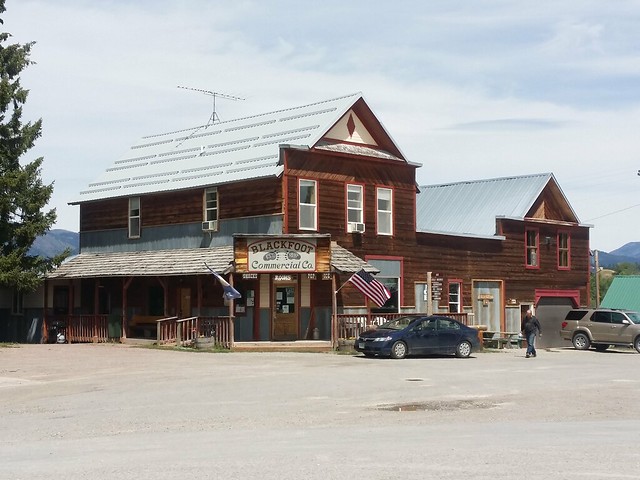 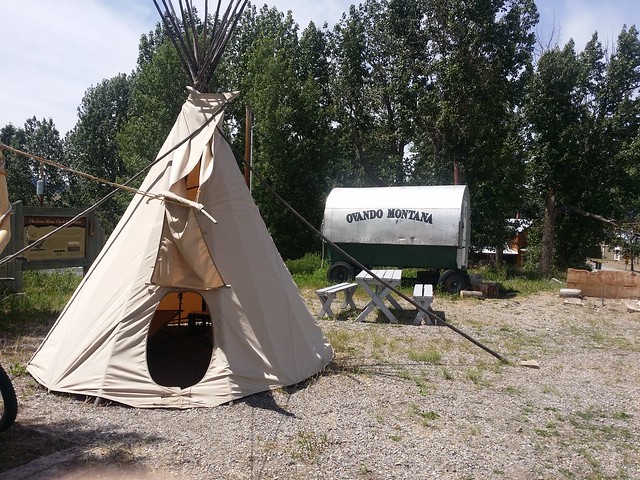 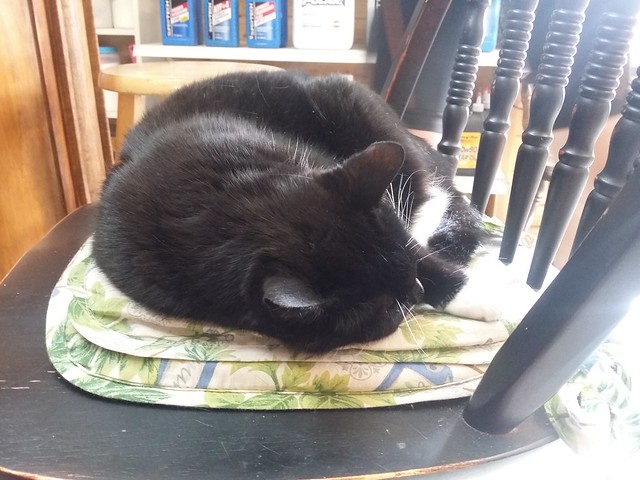 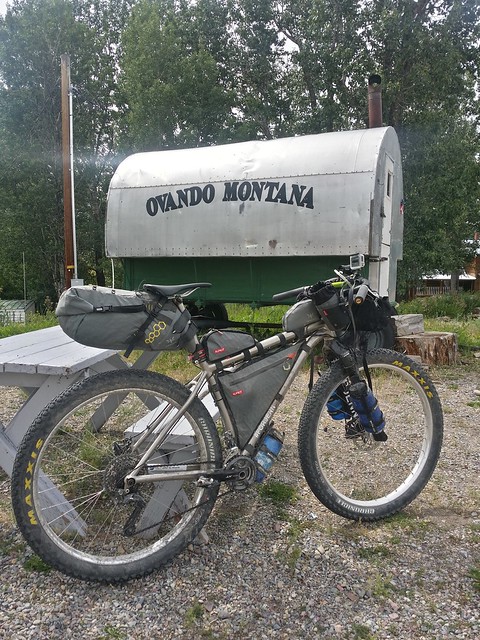 Ovando is an amazing little place, we met two northbound riders who were just packing up to head out and had a good chat with them and compared stories, with more talk about bears. The amazing Blackfoot Comercial Company had WiFi, so we made a video call home, had iced coffee and then crossed over the road to go to the diner, the Stray Bullet. Unfortunately for us we hadn’t paid attention to the opening hours on the diner window and it had shut while we were sat drinking coffee! 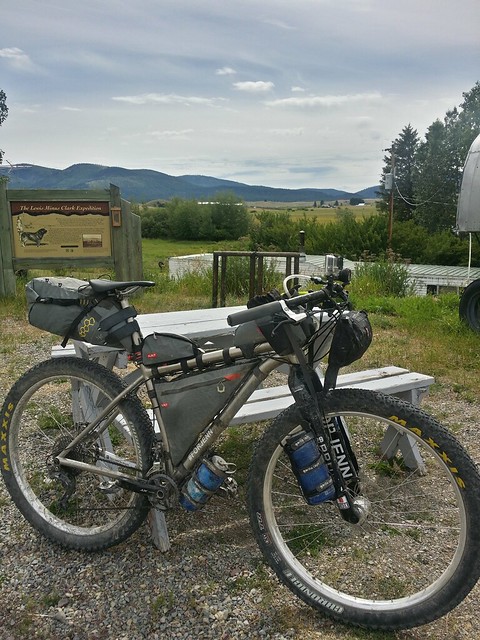 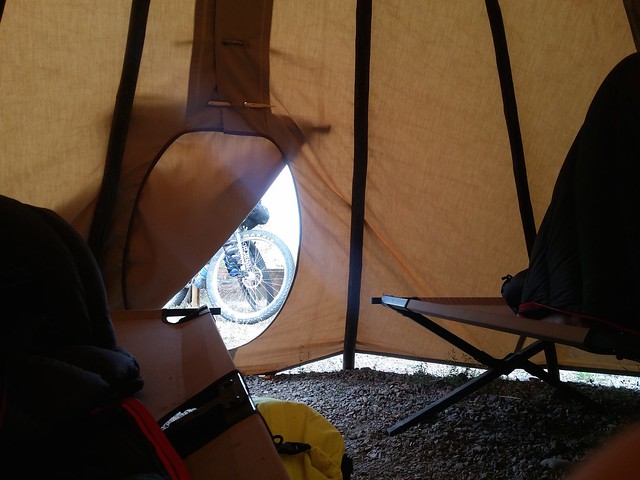 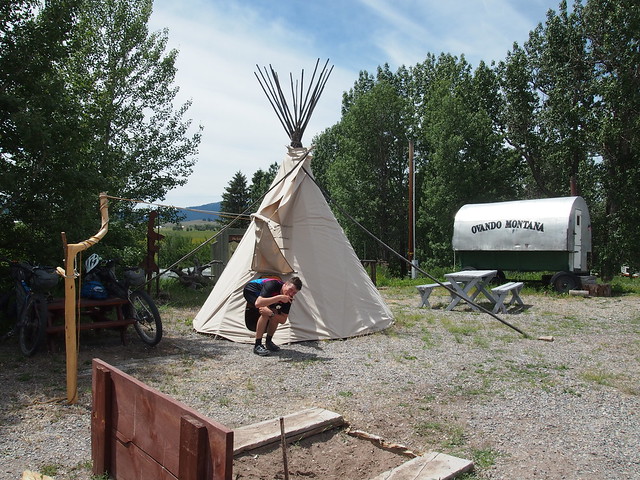 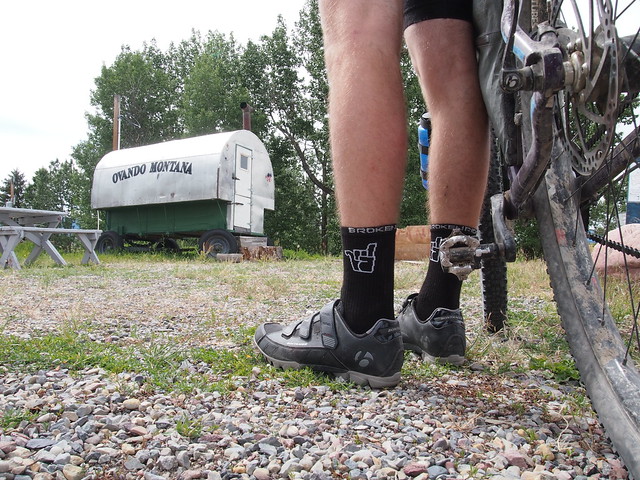 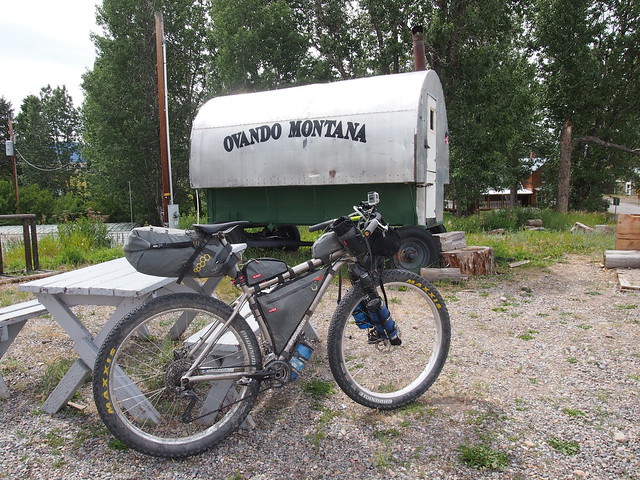 The only option from the general store was pasta and processed Swiss cheese, which neither looked like cheese, or in fact tasted like it either. We cooked that up outside and sat and chatted to a local who was out walking his dog. 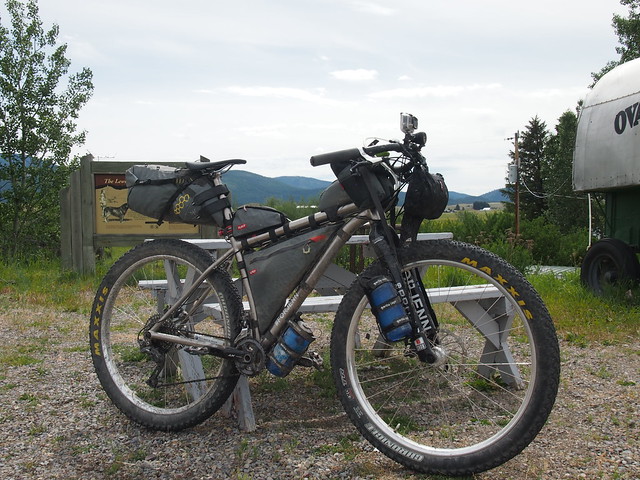 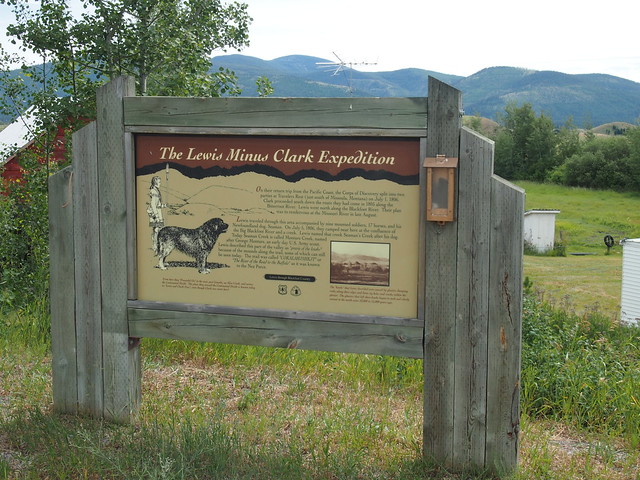 We rounded out the evening throwing horse shoes outside our teepee and trying (and failing) to get them to hit the pin. 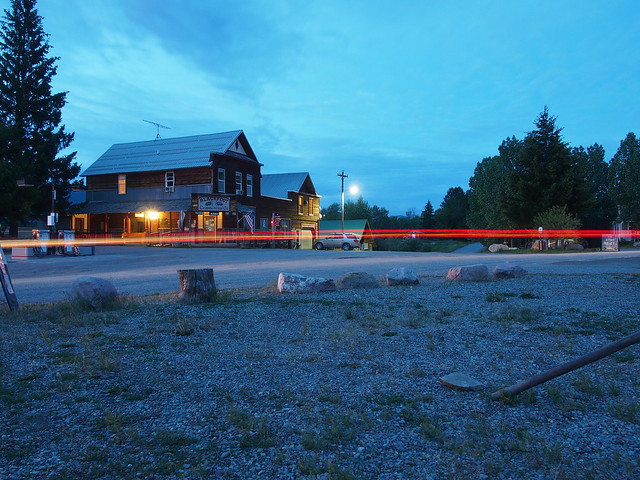 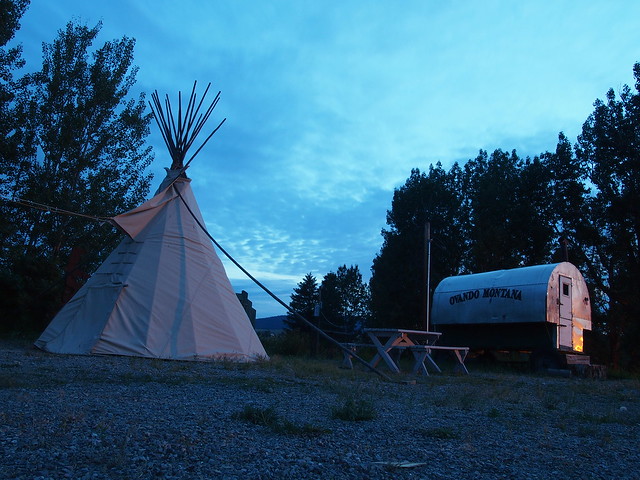 The owner of the Blackfoot Angler (http://www.blackfootangler.com/) has done a lot for bikepackers visiting the town and there is a teepee and a shepherds caravan for people to stay in, not only that but she has a selection of emergency spares in the shop too that are topped up for Tour Divide season. If you have been on the www.bikepacking.net forum you’ll see that she also photographs many of the Tour Divide racers as they come through town and posts them on the forum there. We had a good chat with her about the race and stroked her two dogs and tried to stop them running off while she was in the shop. She told us that Mike Hall looked fresh as a daisy when came through on the way to his amazing win! 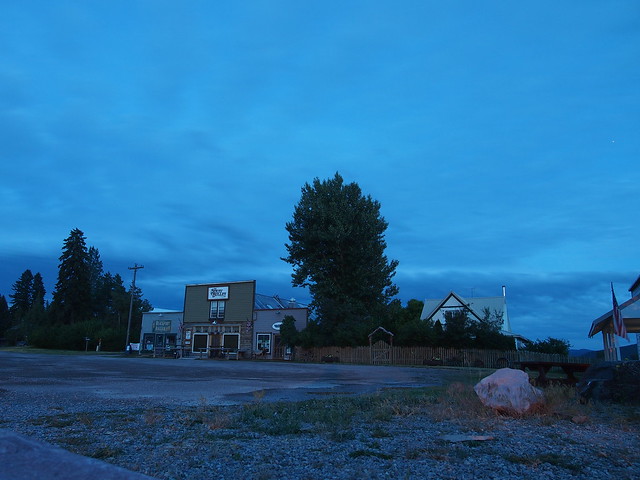 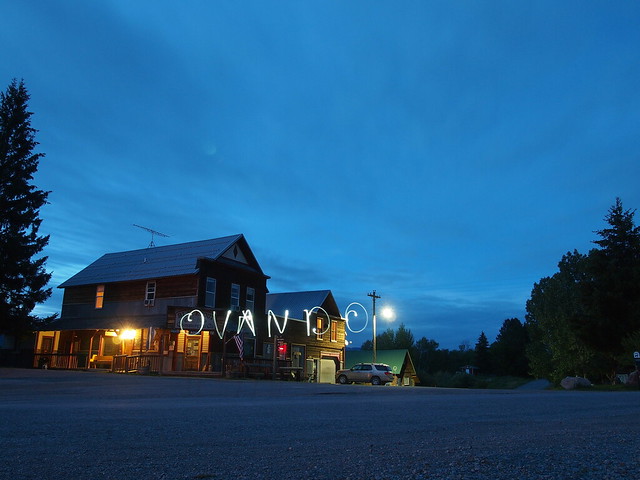 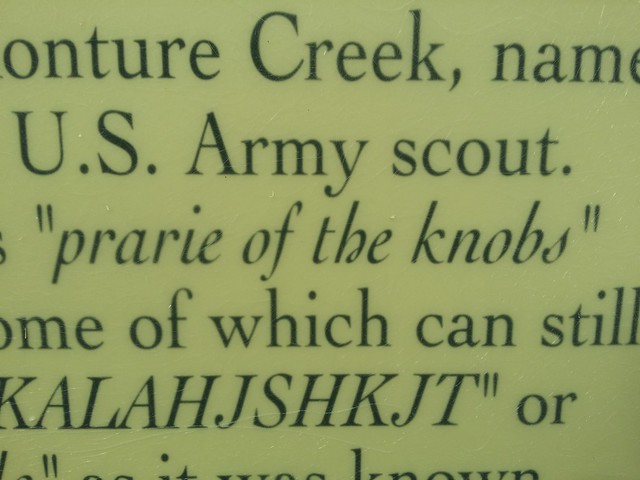 It also turned out that the mysterious English couple that everyone we met on the trail had told us about were staying in the teepee only yesterday and even more amazing they are from Glynde which is only about thirty miles away from where we live. Their web site is www.backofbeyondcycling.com, we also got the names of the two guys we met outside Bigfork a couple of days previously, Brad Annis and Ronan MacCon. 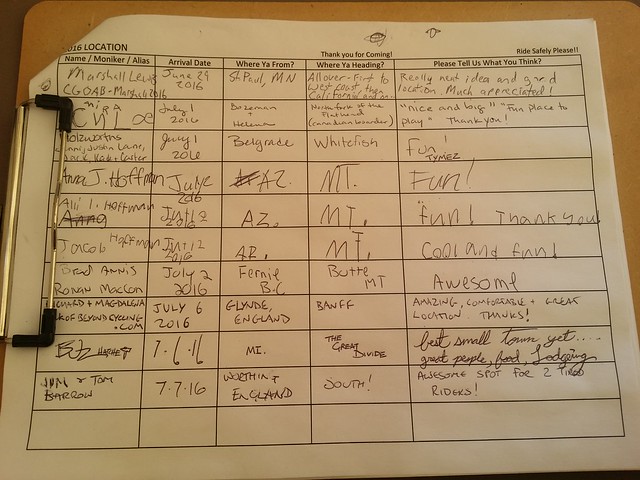 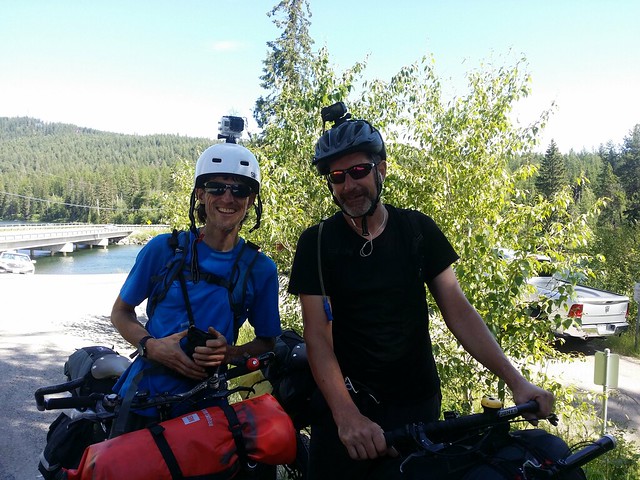