The teepee turned out to not be quite as good a night’s sleep as expected, Tom inflated his mat, put it on the camp bed and had a great night, I didn’t and regretted the decision in the morning. The thin canvas of the bed did a good job of leeching out all my body heat and I ended up tossing and turning all night, eventually putting my down jacket on too. I always find it mad when you are so tired, but something isn’t quite right and yet you do nothing about it, I really should get into the habit of getting off my backside to rectify these situations. 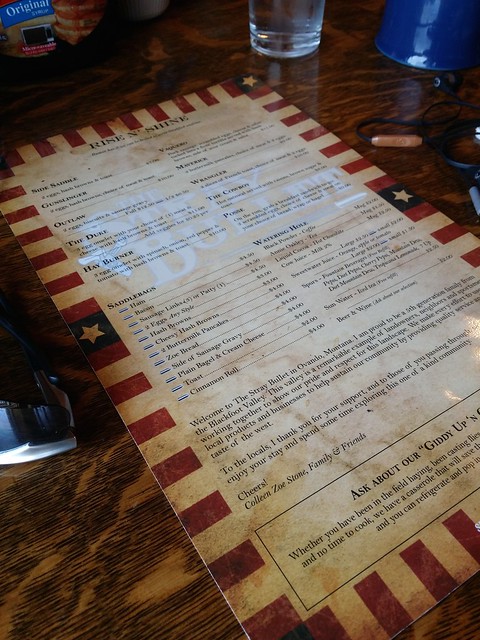 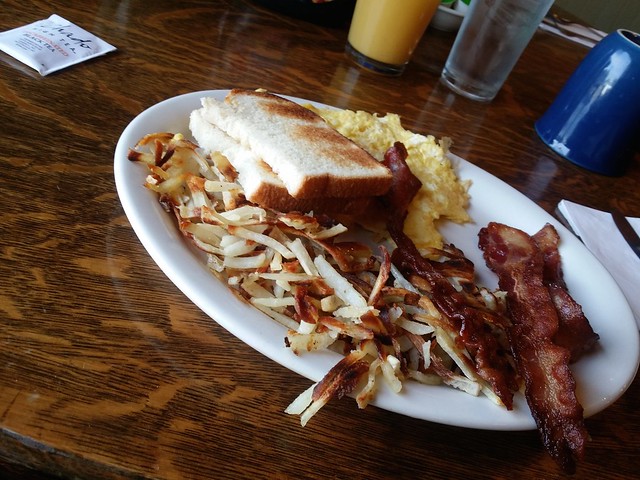 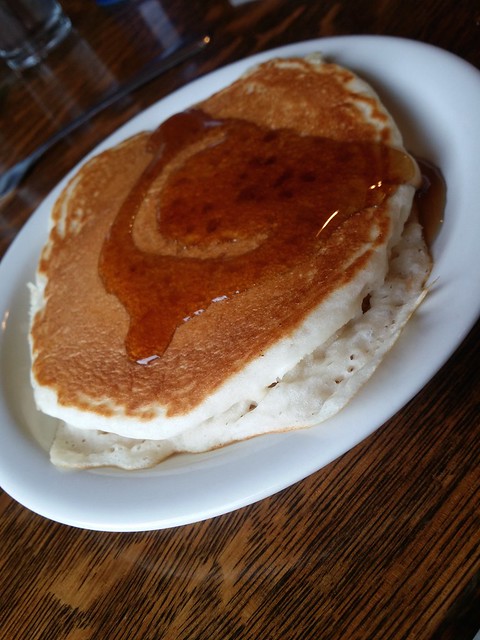 Breakfast was served at the Fabulous Stray Bullet in Ovando. It was probably one of the most expensive breakfasts of the trip, but not because the food was especially expensive, but more because we had two breakfasts! Starting off with the Gunslinger’s breakfast, hash browns, bacon, scrambled egg and orange juice. We’d got up to go and then decided to sit back down and have pancakes too. It ended up being a thirty two dollar breakfast, but it was delicious. Feeling so tired I think the dreaded “town magnetism” was having a bit of an effect too. 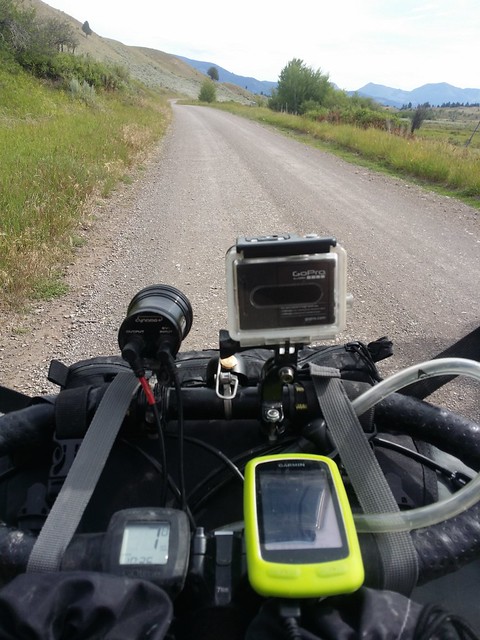 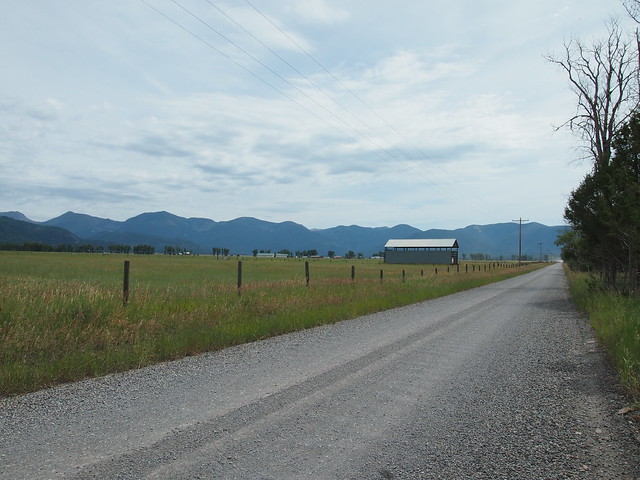 Heading off on the Ovando-Helmville Road we eventually hit our first stretch of gravel for the day, the Dry Gulch Road. It was a nice day to ease into the day’s riding. It was lovely to be in open country again and not have to think about bears for a while. We crossed the highway once more and headed onto yet another long, straight gravel section, which seemed to go on for a very long time. At the end of this section the road started to head uphill for Huckleberry Pass, it was at this point I began feeling light headed and had to slow down and have a few rests, yet again it was my turn to feel decidedly ropey! 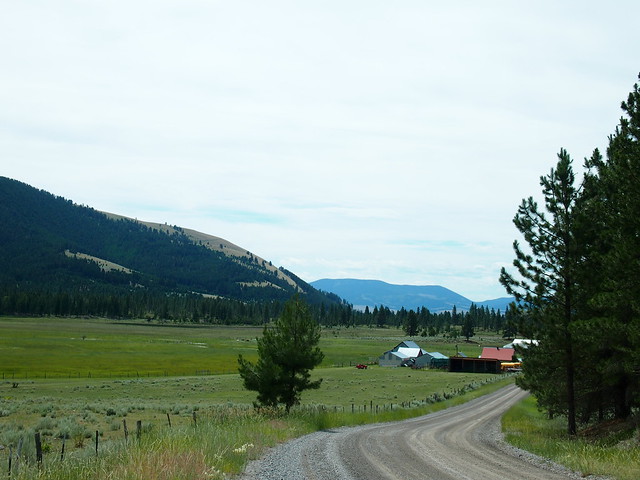 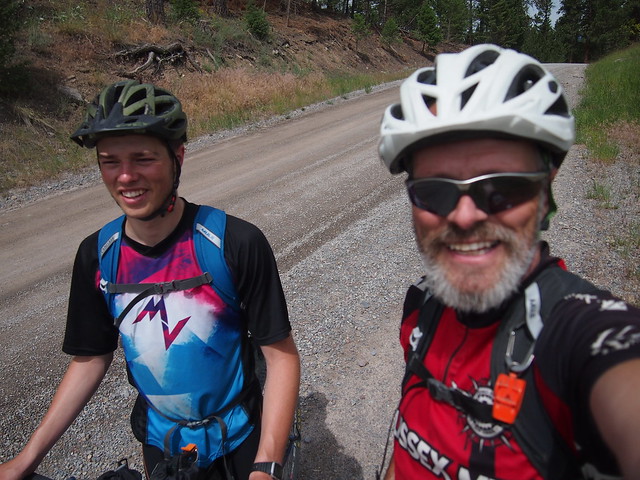 At this point we decided to take the next gravel road back to the Highway 200 and do the next section to Lincoln on the road. We didn’t have much in the way of food on us and I just didn’t like the idea of leaving Tom to deal with me if I decided to keel over somewhere on the mountain. 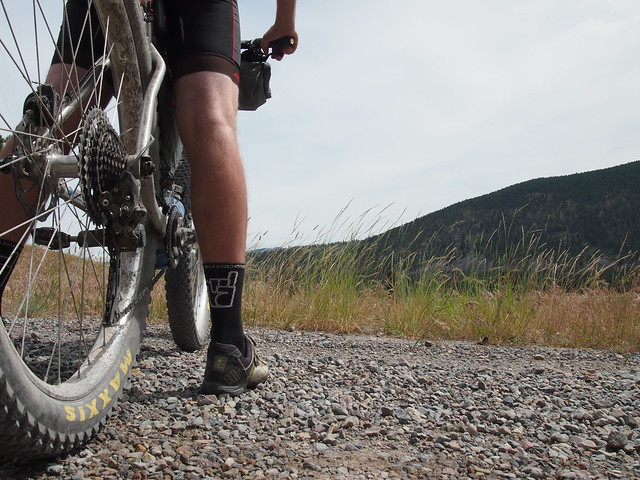 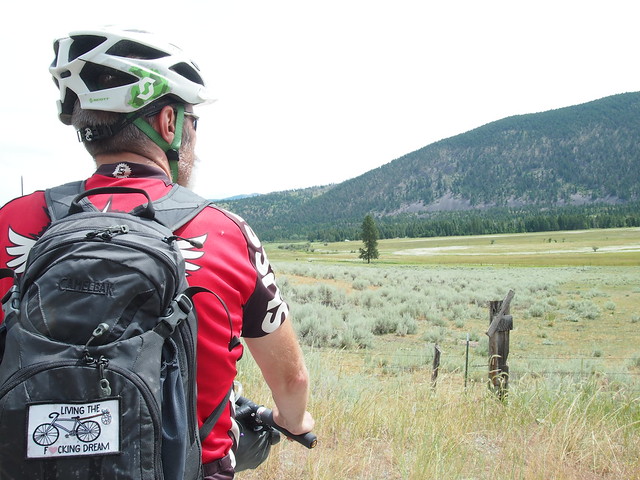 Just like the day before though (we probably should have learnt by now) the highway wasn’t really much easier, it was a longer distance and we had to dodge the construction lorries that were going past every two or three minutes. Where the road hugged the side of the mountains it was next to occasionally there was no shoulder where sections had barriers. This meant we had to look back down the road, check there were no lorries on the way and sprint for the next open section of road. All a bit stressful. 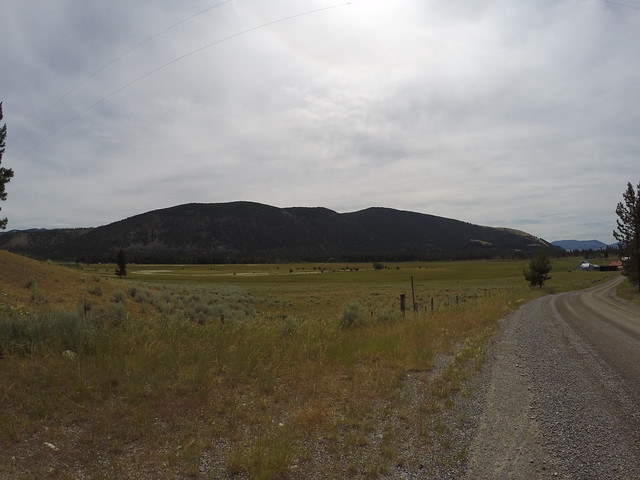 We’d researched Lincoln while eating breakfast and the RV Park was the perfect spot, showers, towels, electricity and WiFi, all a man needs. After the rubbish night’s sleep and after looking at the weather forecast I’d decided we would stay in Lincoln for two nights, recharge the batteries both figuratively and literally, before heading on to Helena. 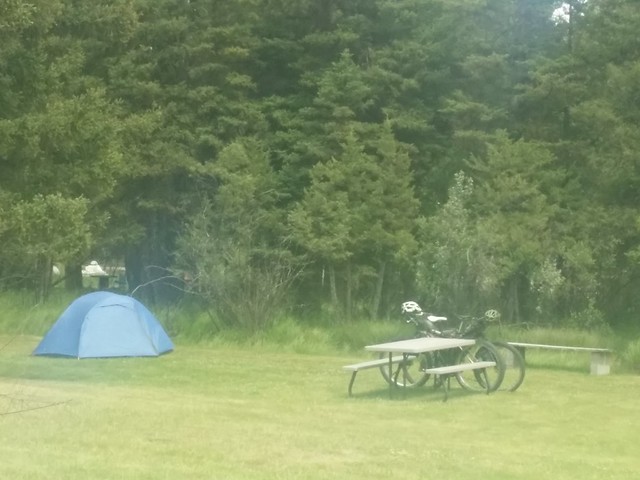 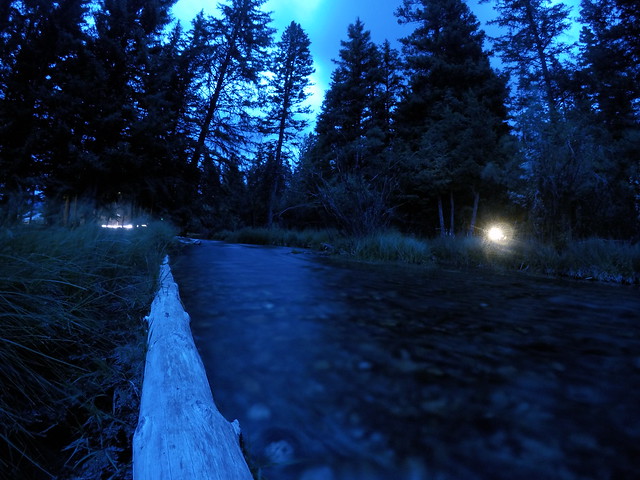