We got up early and headed to Steve’s Cafe for yet another breakfast, French toast, bacon and maple syrup, yum. I finally figured out what quantity was correct to order that didn’t leave me with any left overs too, these portion sizes are big!

We rode out of town up Rodney Street and got to the trailhead for the trail called Little Moab, this was a pretty accurate description too, lots of rock outcrops to negotiate and some pretty steep grades. Then it was up 2006 Trail, followed by Easy Rider and that took us to the top of Mount Ascension. 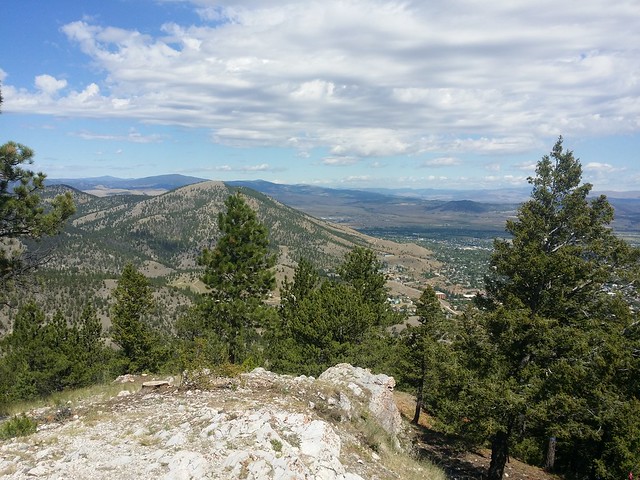 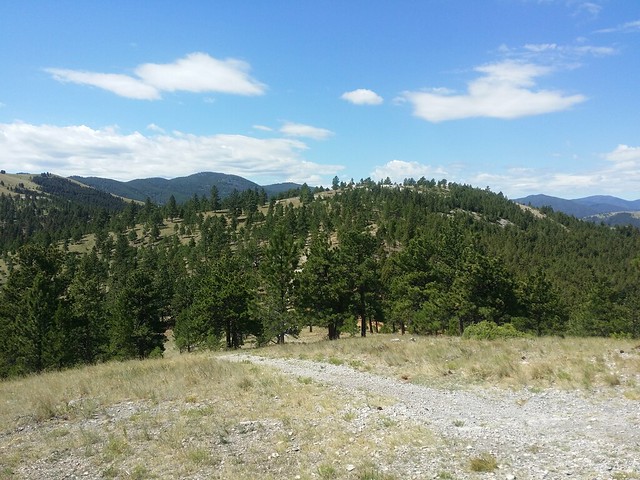 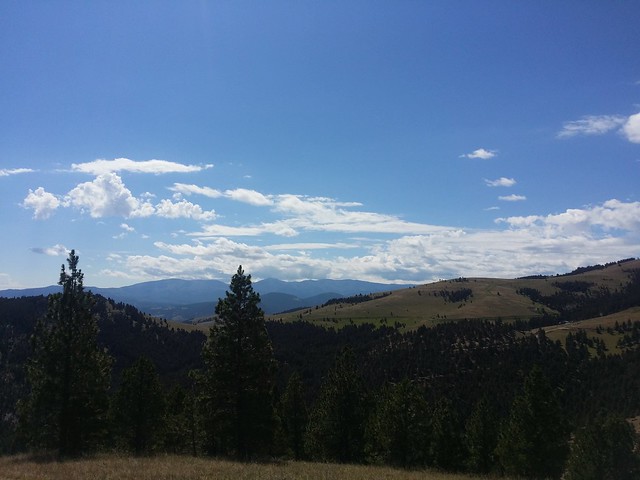 Bizarrely the summit was lower than the rest of the mountain, but we got up there quickly as it was pretty steep and it was still early in the day so not too hot either. Finding the way down was slightly more complicated, we made it onto the Entertainment Trail, but then markers were a little more indistinct. There was a private land sign and arrows to suggest taking a different trail, however this was a little more indistinct than the one going through the private land, so I can’t help thinking we should have gone that way really. 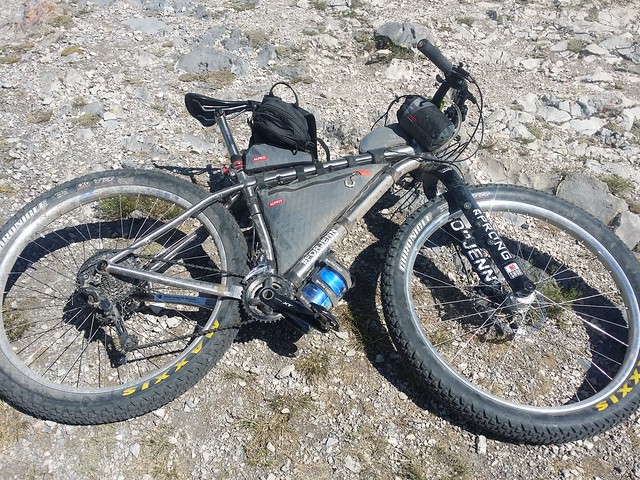 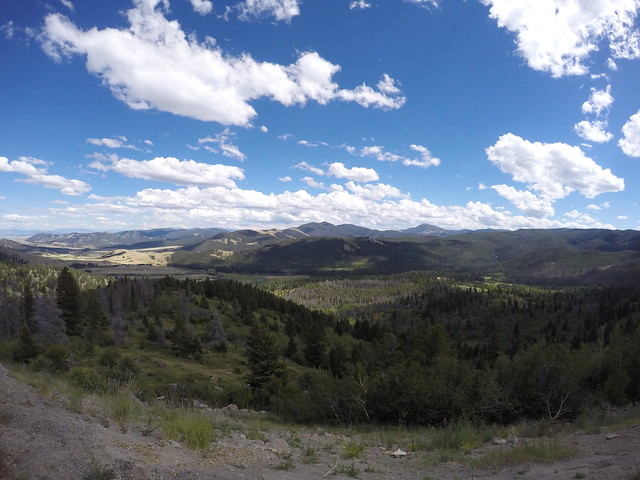 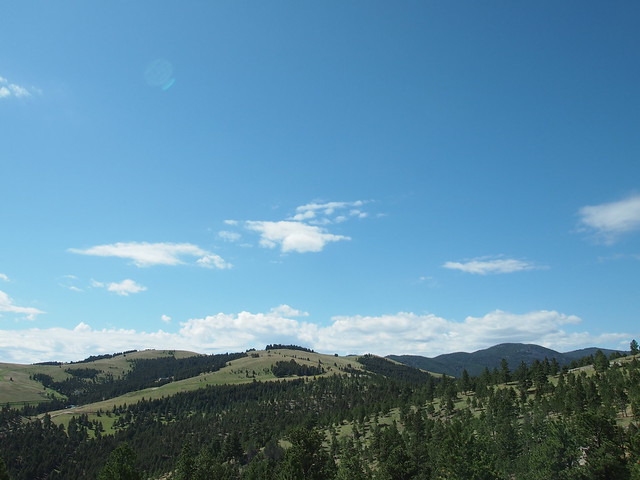 However we had a great descent down onto the Archery Trail, which was a lot of fun, superfast swoopy singletrack. We headed back to basecamp and as we were sorting ourselves out Mitch, who we met the night before, and his wife passed us in their pick up on their way out. We had suggested the night before while we were chatting that one of the things we wanted to do was shoot some guns, as you just don’t get to do that in the UK. 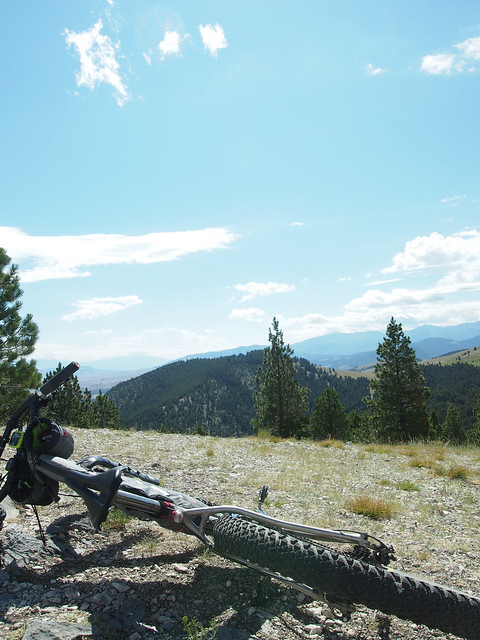 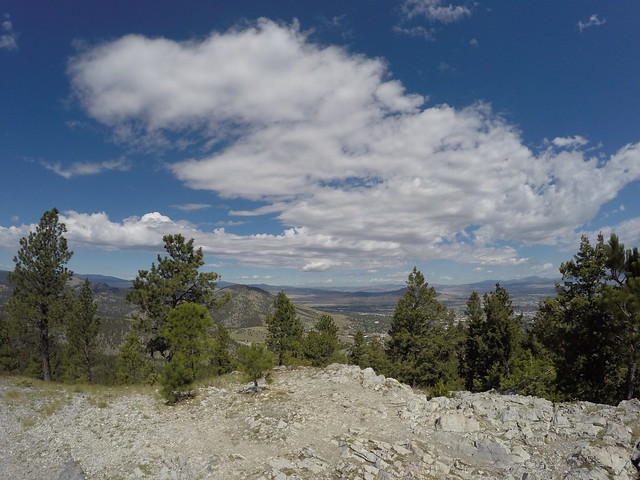 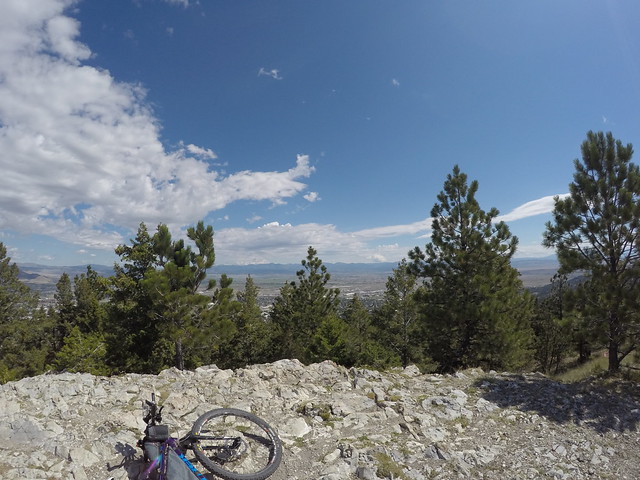 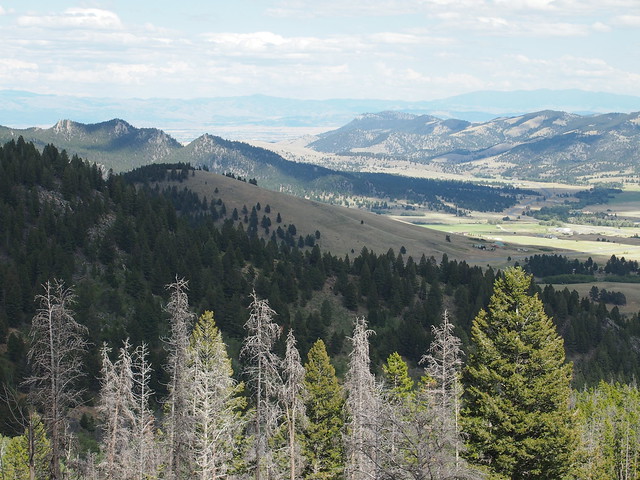 Mitch had put some rifles and boxes of shells in his pickup, so we hopped in and headed out of town, back up to the divide and parked up in the middle of nowhere for some target practice. Mitch had a load of empty pepsi cans, which he put all over the side of the hill, and we proceeded to blast the hell out of them, with varying degrees of success until we ran out of ammo.

Tom said it was the best stress reliever ever, however we had no stress, but rest assured that if we had, it would have been relieved! So we ended up even more relaxed than we had been.

We had dinner back at Dawn’s and we had a long old chat, with her getting my life story so far, while Tom ordered himself some stuff on the internet to enable him to play Pokemon on our return.

Dawn mentioned that the annual Symphony under the stars concert and firework display was happening at Carroll College and we hopped in the car and went with her. Show tunes are not my cup of tea, but hey, you have to take these chances when they come up. About 15,000 people were there, that’s roughly half of Helena and we had a pleasant evening chatting to Dawn’s friends from her hiking group, including the guy who Dawn’s husband Scott does his motorbike adventures with. He was running for a local government position, a very interesting chap. Tom went off and played Pokemon with one of their ten year old relatives! 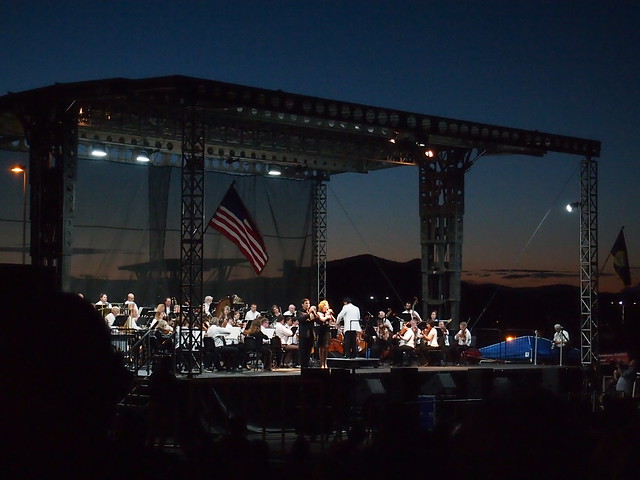 A good day getting to know the locals.