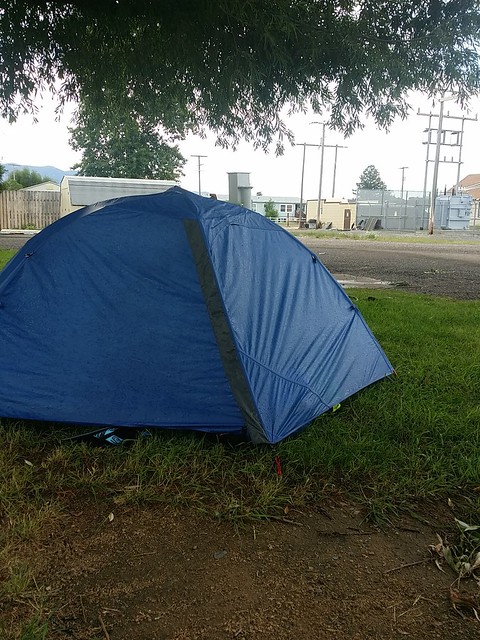 After packing up our sprinkler dampened tent we headed down the main street and decided to stop at the Good Mountain Restaurant for breakfast. We charged our stuff up, chatted with home on the WiFi and decided that riding to Butte was a no no after the previous day’s climb fest and in stead we’d go to the Boulder Hot Springs Inn & Spa and soak away the aches and pains in some super heated mineral water. It looked more like the cover of Hotel California and I think it probably hadn’t been painted since that album was released either, however it was just what our aching bodies were looking for and it was only three miles out of town on the gravel road.

We went inside to buy tickets and the lady at the desk to one look at us and decided she’d take pity on our disheveled, sleep deprived state by letting us in at the pensioner’s rate! While I might have looked that bad Tom had obviously had a bad night to be reclassified to that age. So we decided to start with the outside pool first. The outside pool is heated to between 96 and 100ºF. Despite the fact it was pretty hot anyway the pool was amazing, to start off with we had it to ourselves and we just floated our aches away. 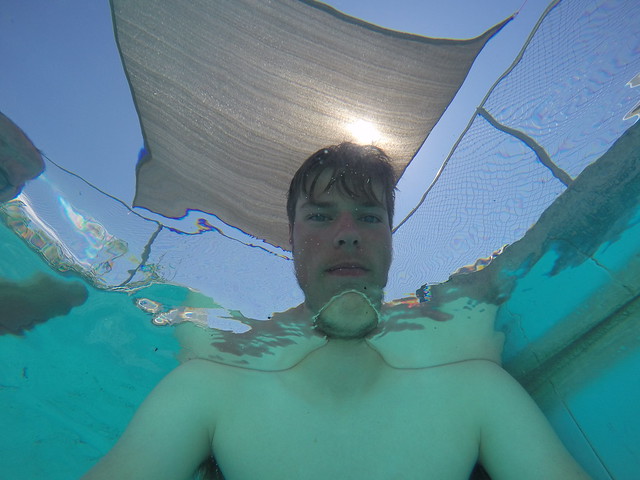 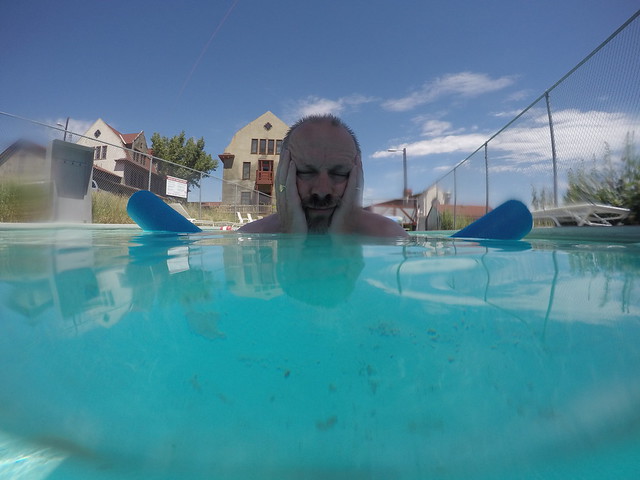 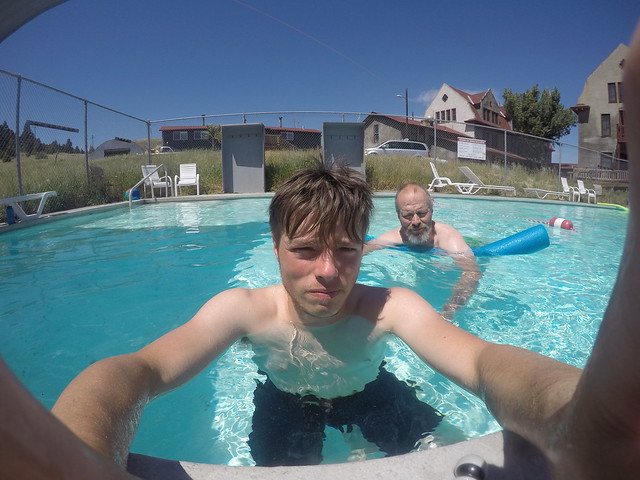 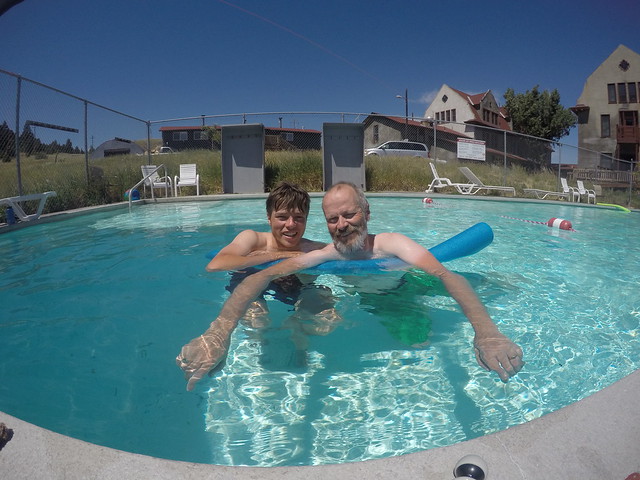 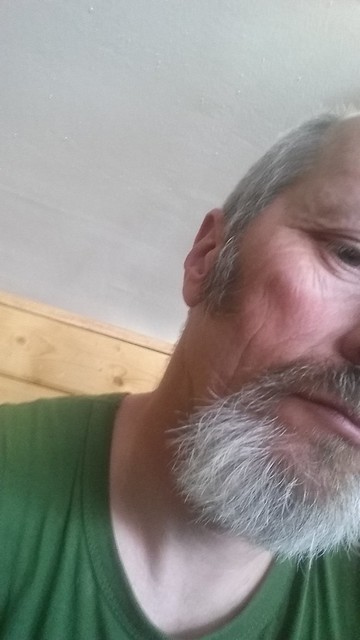 Then it was time to try the indoor plunge pool, between 103 and 106ºF this was really warm, we tried the steam room too, but neither of us could handle it. Eventually though we were both turning pink and wrinkly and we had no choice but to get out and dry off. Again we took the chance to use electricity and WiFi and charged up our stuff again.

The intention was to camp in one of the sites we’d seen on the side of the river on our way into Boulder the day before so we headed back into town. In UK terms it seems wrong calling Boulder a town, there’s so little there it makes Ferring (near to us in West Sussex) feel like a throbbing metropolis, although it’s still one stage up from Ovando.

Looking to avoid the inconvenience of cooking again we visited Boulder River Pizza & Subs. It was a slightly strange establishment in as much as each table had a bowl of peanuts in their shells on it. Normal behaviour appeared to be to shell the nuts and just chuck the shells on the floor, slightly bizarre. We had a good feed and then hit the supermarket for supplies before we headed out of town on the divide Boulder Alternate trail. 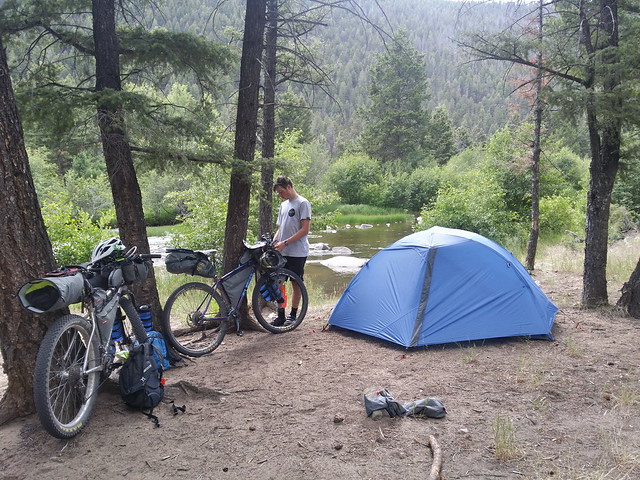 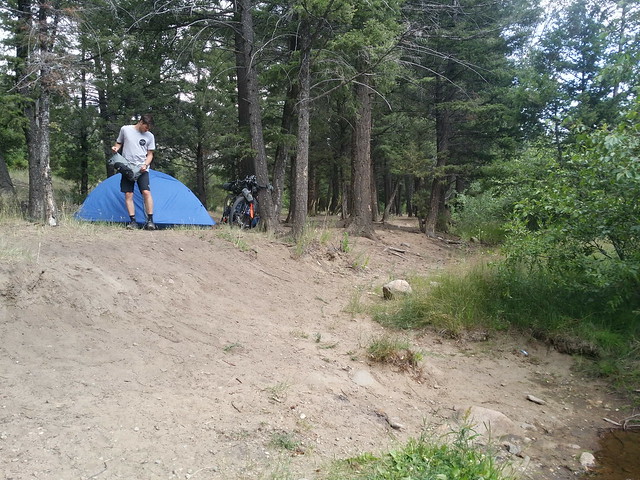 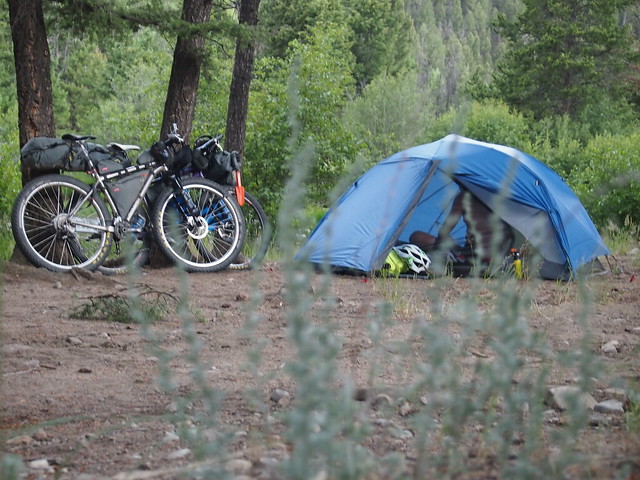 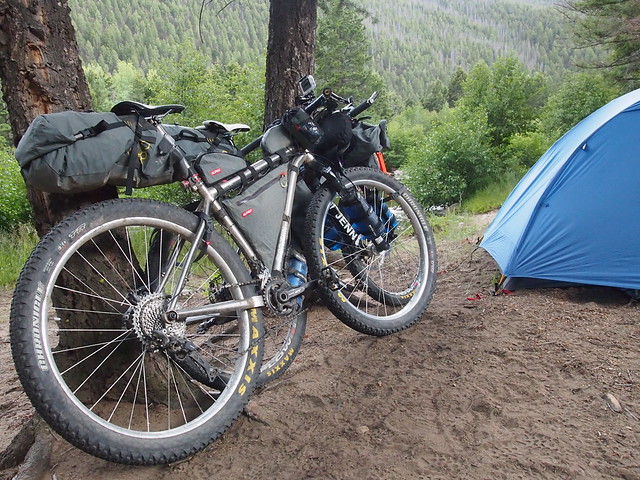 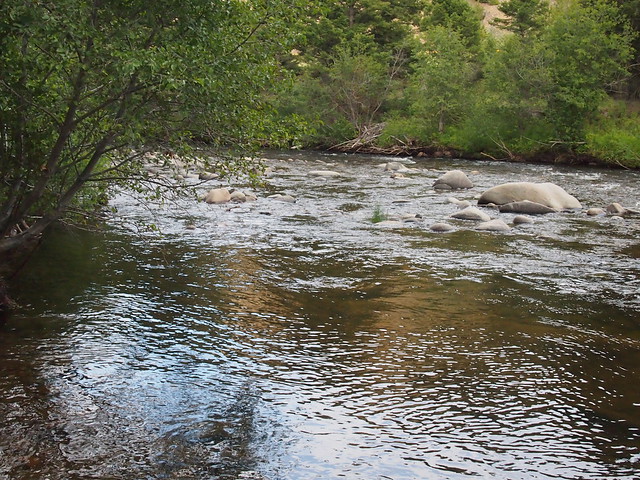 We got a great camp spot on the bank of the Boulder River and settled down for the rest of the evening, it was a great spot and we were awoken from daydreams by footsteps as what looked like a juvenile moose or elk (sorry not up on my mammals) stopped by for a drink out the river.