We started off the day with porridge, but ran out of water cooking that, rather than filtering we were only a couple of miles from Basin, so we packed up and headed on our way, hoping that we would be able to fill up there.

There was one diner open in Basin and I went in and asked the woman serving if I could pay for some water, she refused and led us through to the bar and let us help ourselves. We filled the frame bags and both fork bottles too, it was due to be a hot day yet again so we wanted to be prepared. 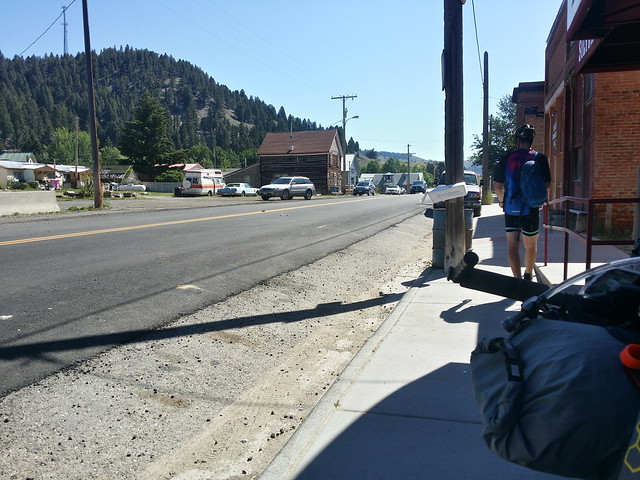 As we were loading the bikes up a guy called Paul came out and chatted to us, he was around sixty and was just about to head out on his Harley. He used to ride road bikes, but he’s now 70lb heavier and rides the Harley in stead. He fitted the Harley stereotype perfectly though and looked great as he headed off down the road.

We decided we would take the I-15 Alternate so we followed the cattle access trail out of town. The trail followed the river for a while until it then crossed under the interstate. Then we had the only real climb of the day, the track headed off up the side of the Interstate cutting. It was 39ºC at this point so this first climb was fun! 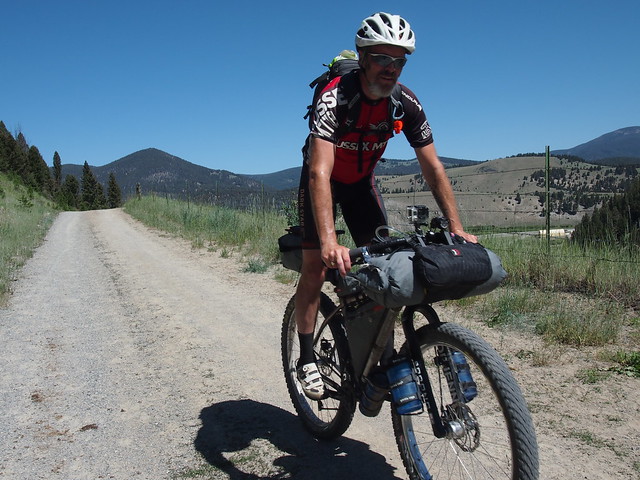 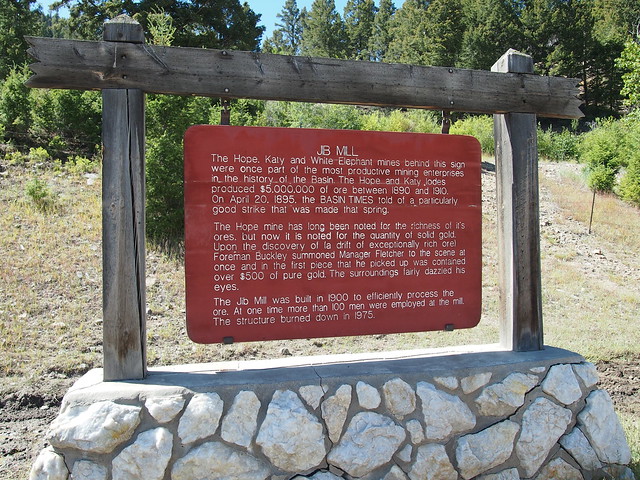 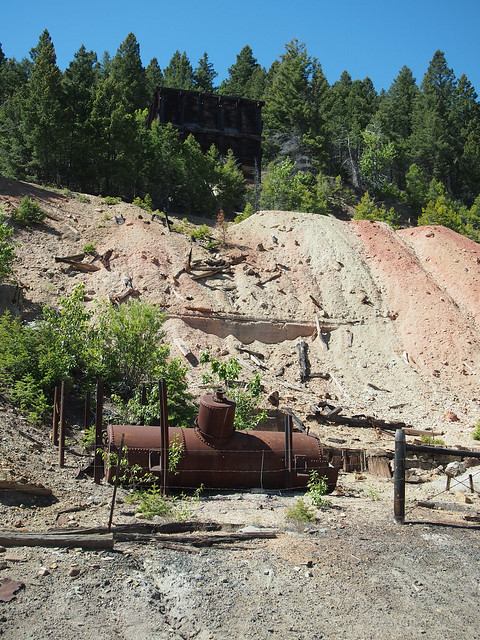 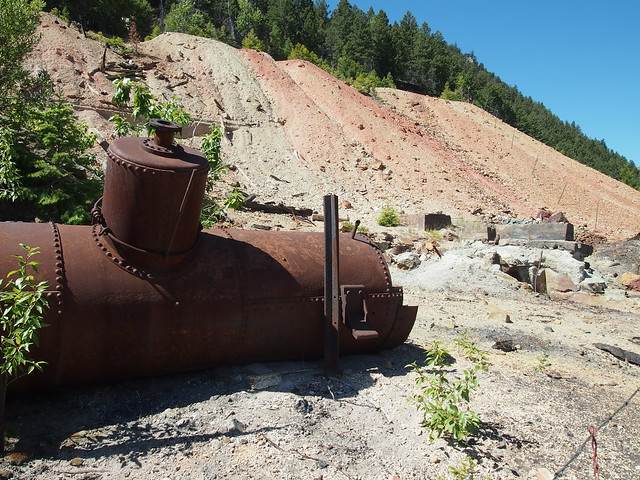 Once we got to the top of that though it was fairly flat, just following the path of the old Great Northern railway line, all at railway grades, so nothing was steep. As we made our way along the path there was a lot of cow poop and after a while I noticed the further we got the fresher the poop was. Would we meet the cows somewhere?

There was one tunnel on the route, Tunnel #9, the arch over the entrance said 1911, plenty of riders had passed through there as there was a lot of GDMBR graffiti, so we added our own too. After about eight miles it turned from gravel to tarmac and the remainder of the days ride, although at a nice temperature in the low thirties, was into a really strong headwind. 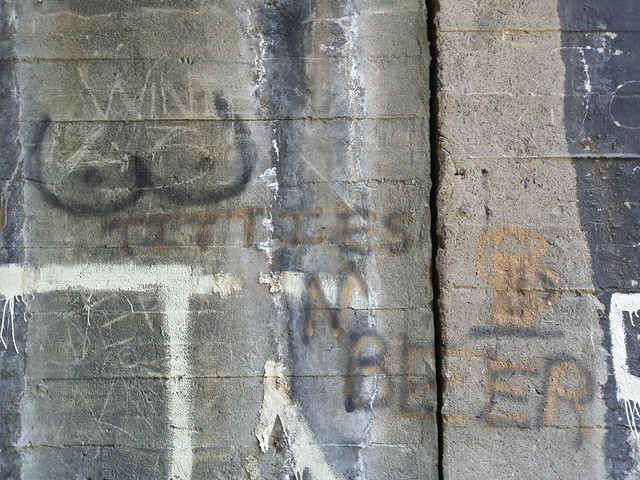 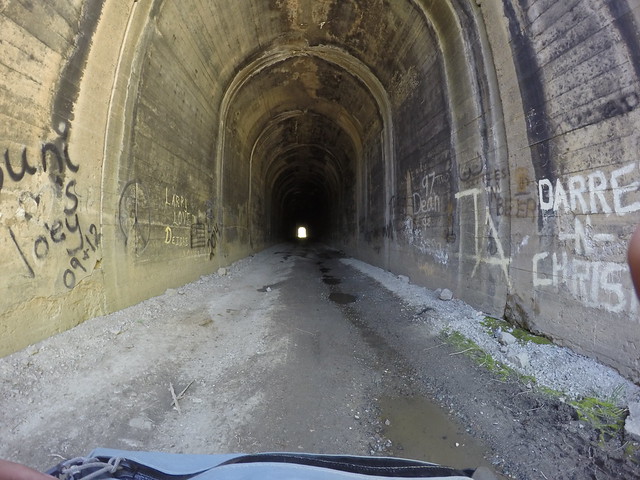 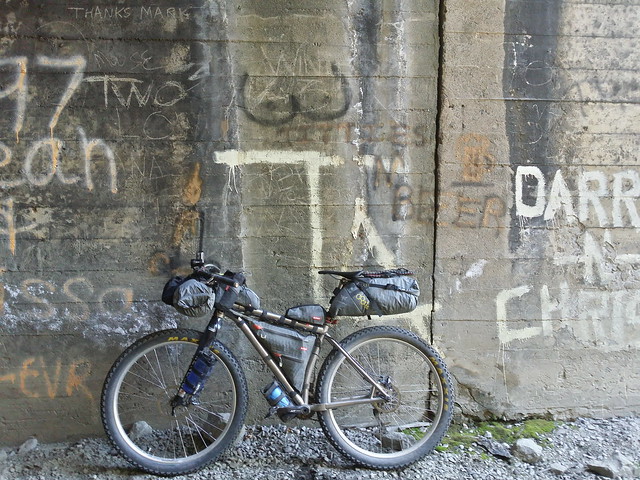 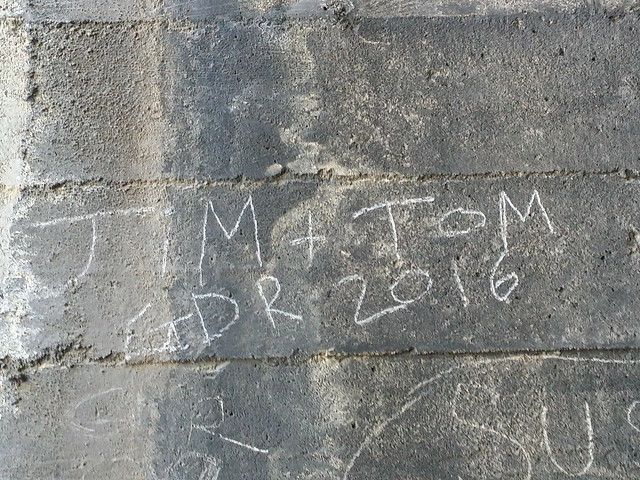 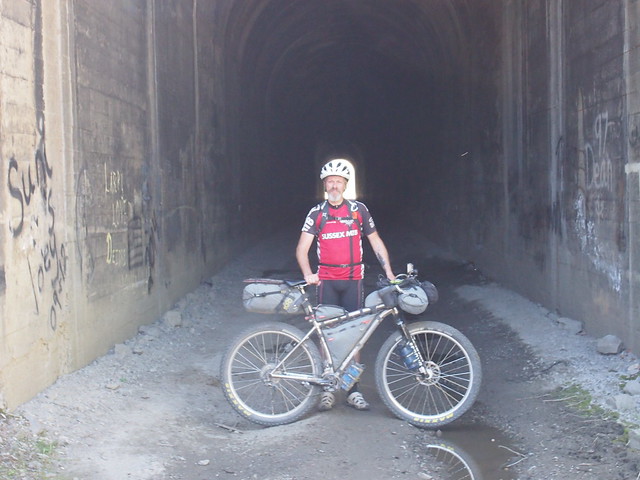 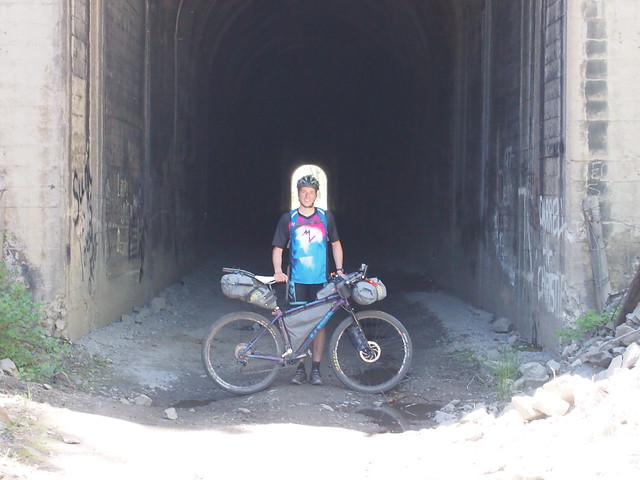 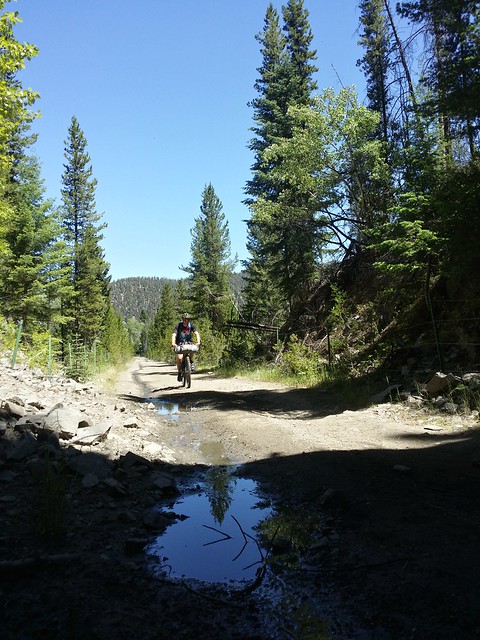 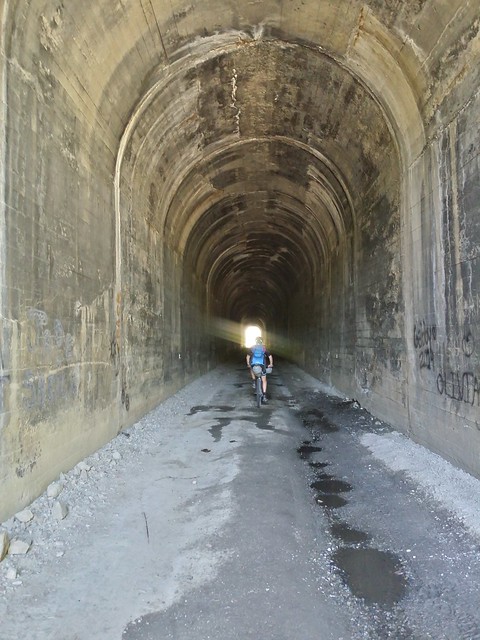 After a few miles we could see a group of cowboys sat on a gate by the side of the road. Up ahead was a very large herd of cattle. I wouldn’t like to estimate how many there were, but lets just say it was multiple times the amount of any herd you would see in the UK. They were all over the road, both verges and into the fields on the right. This meant the next few minutes would be Tom’s nightmare as he’s not a big fan of cows.

The first wave were fairly easily dealt with, we made some noise and by and large they got out the way. The second lot were more spread out though, added to that they saw us coming and started running too. This gave us no choice but to put the hammer down and charge through the middle of them as best we could. We surfed this tidal wave of cows until we eventually got in front, then we slowed down and thankfully they slowed down behind us too.

A little further on we ducked under on of the interstate bridge to have a breather and get out the sun. We weren’t alone though, there were masses of swallow’s nests under the bridge and their parents didn’t like our presence, a bigger and bigger group of them was flying around us and trying to get us to move. Eventually we headed back into the sun and left them to it.

The next section of road was arrow straight, and had loads of little dips and rises in it. It just seemed to go on for ever, the headwind show no sign of abating and we were looking forward to getting into Butte and taking a break. The map said the final part was a 5.7 mile screaming descent down the interstate into Butte. Well it may be when the wind isn’t in your face, but it was so strong that we had to pedal the whole way, very disappointing. Fortunately for us there was no traffic and we stayed on the shoulder and took the first turning for Butte. 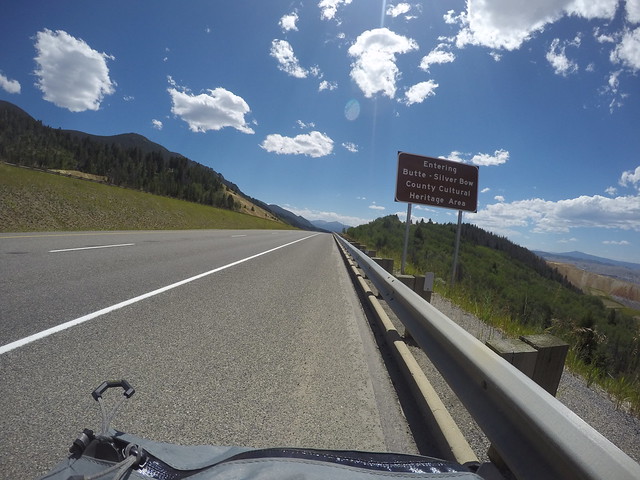 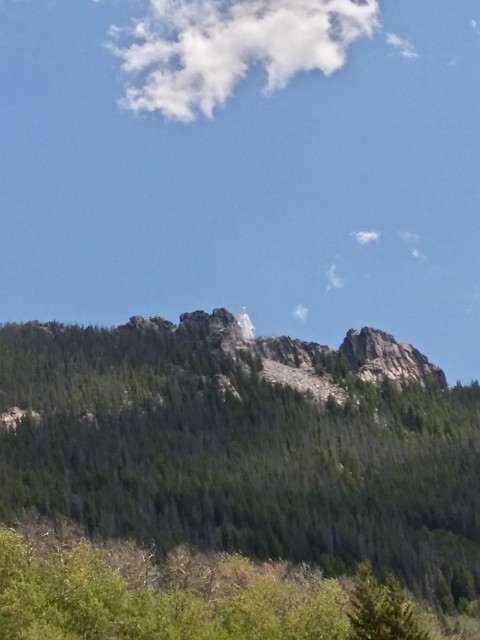 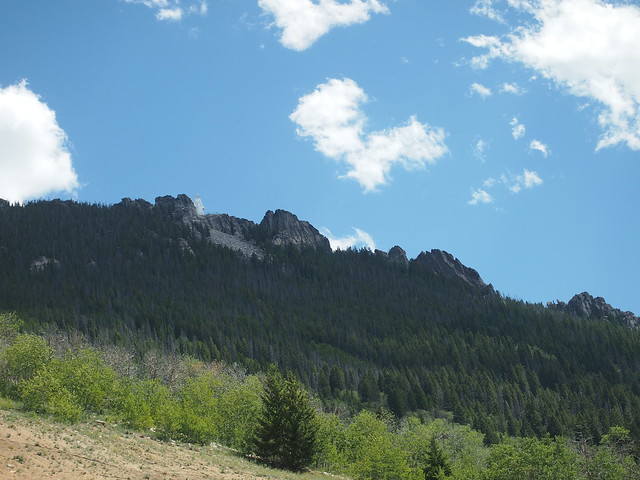 As is the way for us we followed the sign pointing to Starbucks and celebrated with iced coffee. I checked the Warm Showers and we had a message. I’d found someone in Butte and arranged for us to camp in their garden. We messaged them and got the address and headed off to find it. As is the way it was on the very edge of town and was about a thousand feet higher than Starbucks was.

On the way we went past The Outdoorsman and popped in for a chat. Rob Leipheimer is definitely a larger than life character and it’s always great to meet someone who is totally stoked on cycling. He was in a sling with a broken collar bone after an unfortunate downhilling incident. He is happy to help out any divide riders and offers discounts on any stuff you may need. Tom bought a hat and we arranged to pick up bike boxes in a couple of days.

We found Sarah and Jordan’s place and got the tent set up in their garden, it only just squeezed in between the vegetable patches. We spent a very enjoyable evening chatting and retired to the tent for a decent sleep.