It was time to repeat the process from the previous day, stick Tom in the car and pack up quick. We headed south through the Grand Teton National Park. We stopped at a pull in by the lake and I got out to take some pictures. A little further up a northbound rider, John, was admiring the view. I asked him if he needed food or water or indeed any other help, but he was OK and just taking a breather. We exchanged trail stories and he set off on his way. I went down to the lakeside to take some photos and suddenly he reappeared. He had the old maps and wondered if we had the newer version as he wanted to know the updated route around Butte. I unfolded our maps and he marked the necessary information onto his and he packed up again. We wished him a good trip and pedalled off north. He had to get to Calgary by August the 3rd for a wedding! Despite my fatigue I don’t mind saying I was riddled with jealousy and really wanted to be back on my bike. It just wasn’t logistically possible though. 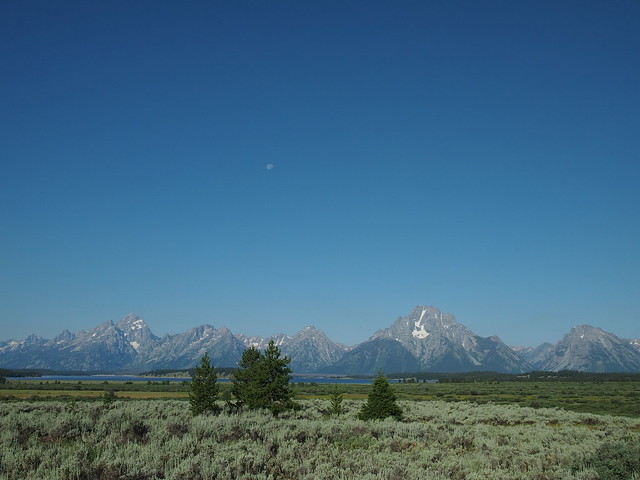 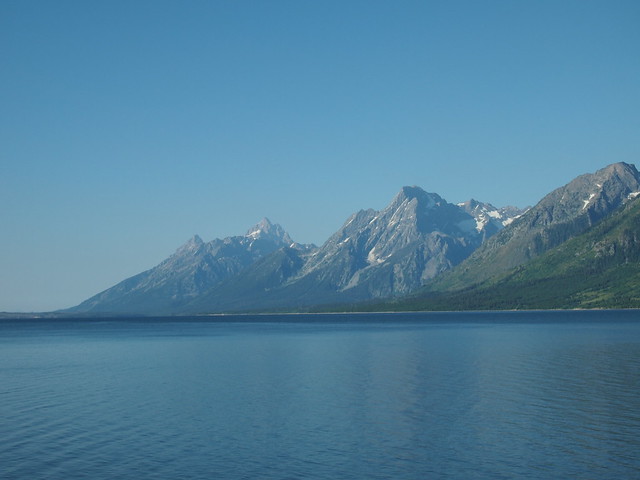 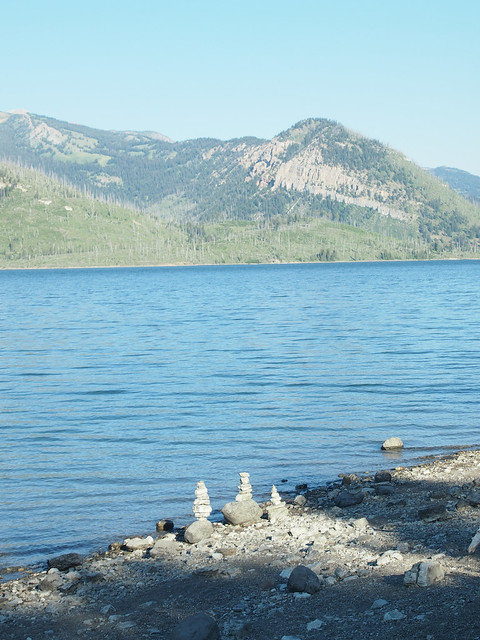 We’d decided that we would tick one off the bucket list and head to Moab to ride the slickrock, we were “passing” on our way to Phoenix after all. I just needed to get back in the saddle, even if it was just for one more day!

Yet again it was breakfast at McDonalds, this time in Jackson, Wyoming. It looked like a fantastic town, but we were crunched for time. We had a long way to drive to get to Salt Lake City, about three hundred miles, so we got back on the road as quickly as possible. The thing of note was how to cross the street in Jackson, on all the pedestrian crossings there were racks of orange flags by the roadside, if you wanted to cross then you took a flag and waved it above your head as you crossed, bizarre!!

The next five hours passed in a blur of tedium, miles and miles of relatively flat farmland, not a lot to look at and much of it was a 65mph limit until we finally got onto the interstate. 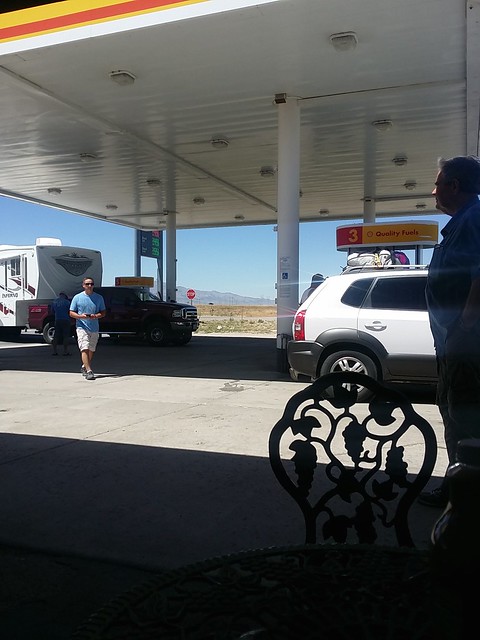 When we finally got to Salt Lake City the traffic really started to build. It was our first time driving in what we would consider city traffic in the UK. I was petrified, the car had cost so much I couldn’t afford the extra insurance and damage waiver so it was rather nerve wracking to say the least. The UK could learn something from this, we parked in the biggest, glitziest shopping centre we’d seen and it was all free, no parking charge.

Eventually we parked up and found Starbucks in the Marriott and looked somewhat out of place walking into this very posh hotel with the grime of the road on us, we’d use the WiFi to find a nearby campsite. Bizarrely there wasn’t a single campsite for miles around, so we had the world’s fastest coffee and got back behind the wheel quickly. Time was getting on and we needed to find somewhere to camp. We went in the vague direction of the interstate and this produced a few navigational problems. A wrong turn then gave us an insight into the side of America we hadn’t seen yet, not somewhere we should have been and a whole few blocks with people living in tents and people all round just passed out on the pavement. Salt Lake City was truly a place of contrasts.

It turned it was another 101 miles to Madsen Bay Campground, that was a long day behind the wheel. Yet again we hadn’t booked in advance and we were lucky to find an empty spot in amongst all the RV trailers. 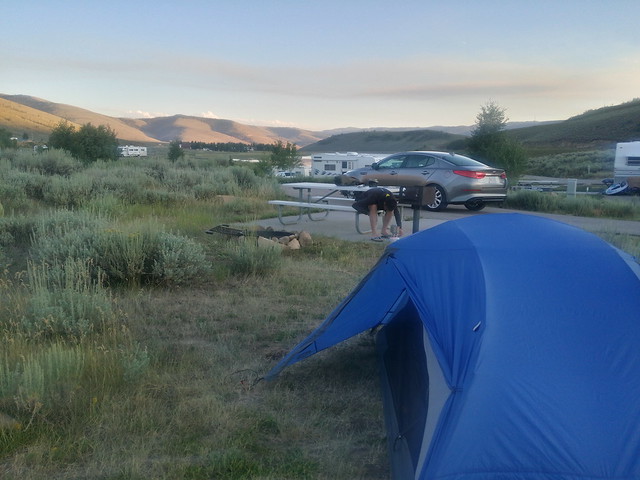 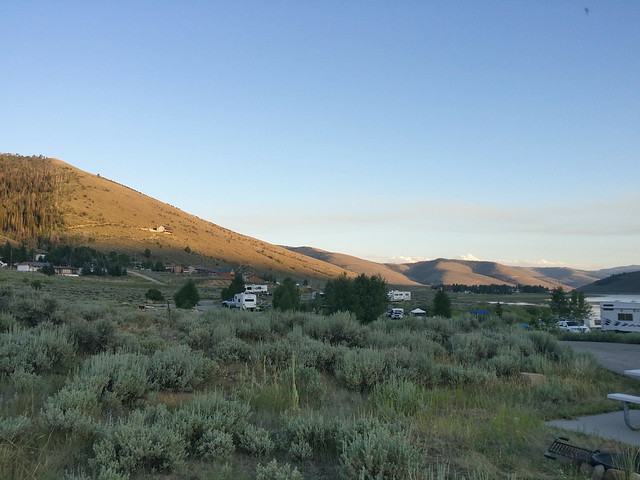 We did get an answer to one of the questions that has been puzzling us today, we’re not used to all this amazing mountain scenery and have to stop to take it in, we wanted to know if people who live in the area are still amazed by what they see or do they become immune to it. I chatted to a Canadian guy who had a million dollar ranch in Calgary when I was pulled in at a rest stop, he said that whenever he had holiday he always came to Wyoming or Montana for the amazing scenery and for the fact there are less people there, we had a good talk while we both stood and stared at the Tetons.