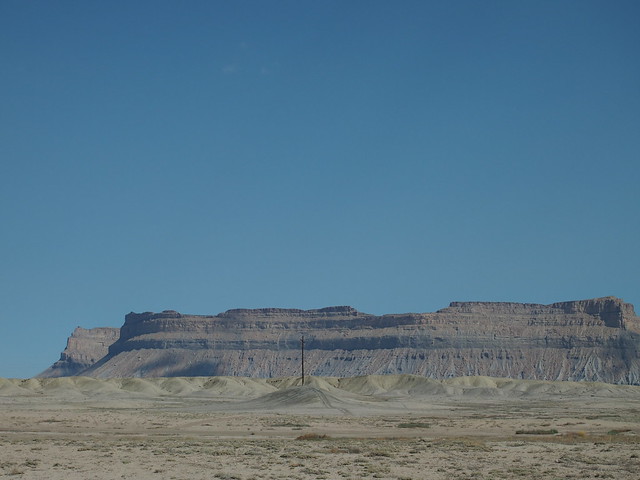 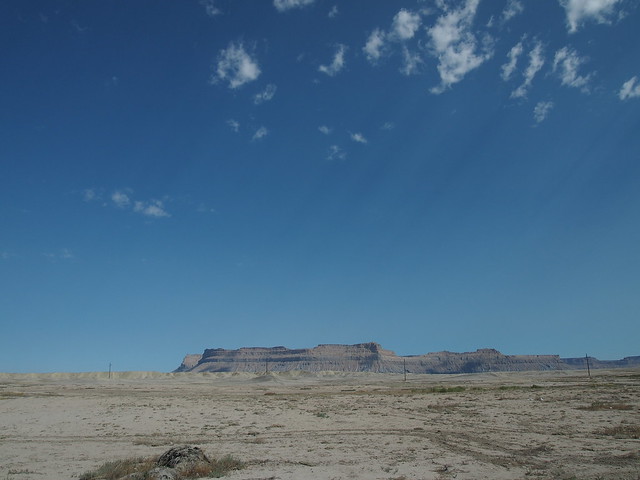 It was only 149 miles to Moab and we got that done pretty early in the morning. There were yet more incredibly straight, incredibly tedious roads to drive, but once we were getting deeper into Utah the scenery started to get more interesting and we were both really excited about the prospect of riding the slickrock. 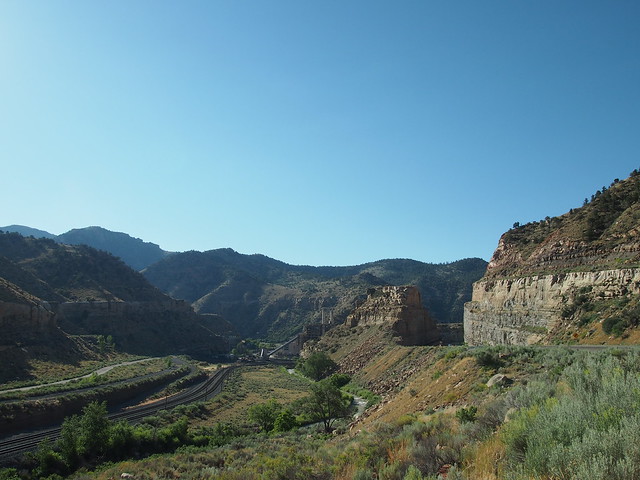 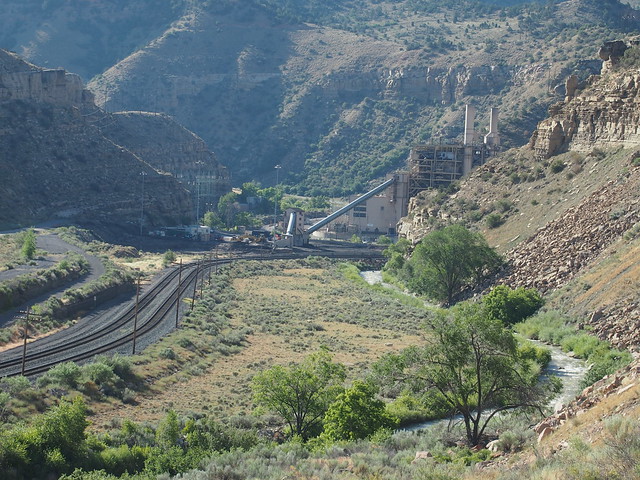 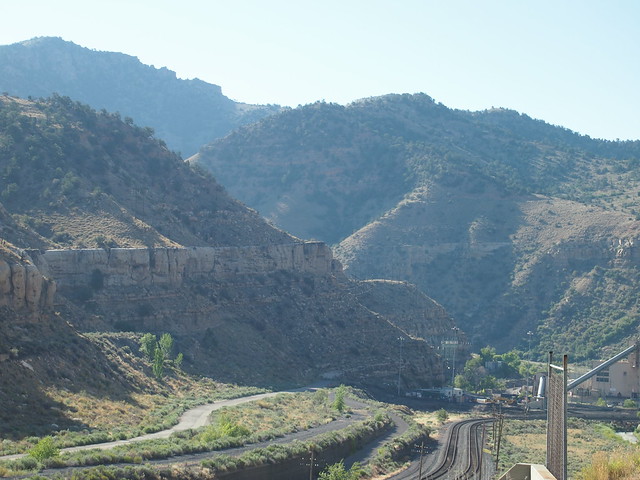 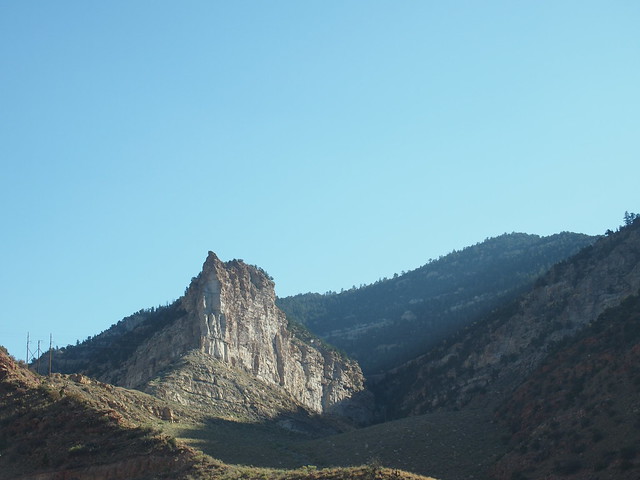 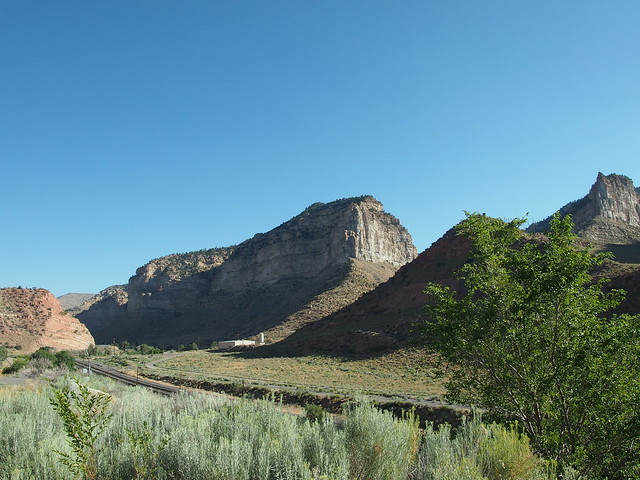 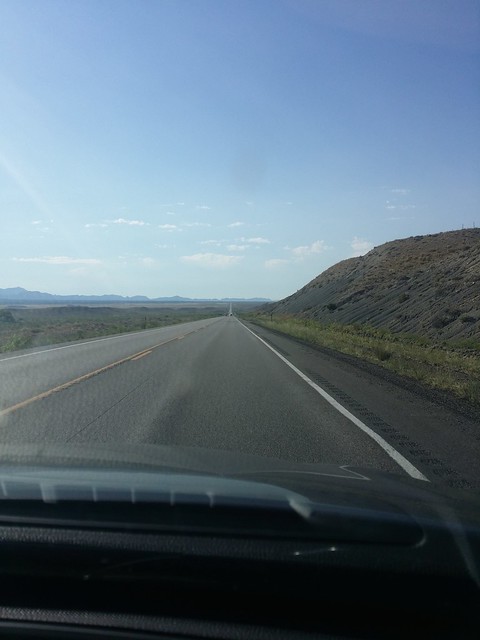 When we got to Moab we figured we’d check out the bike shops and get all the information we needed. After finding somewhere to park we got out the car and were rather alarmed by the 39ºC temperature. Moab Cyclery was awesome and we chatted about our plans with the staff to get an idea of when the best time of day to ride was. It was clear that to make the best of the time of year we would need to hit the trail early so we decided to relax for the rest of the day. 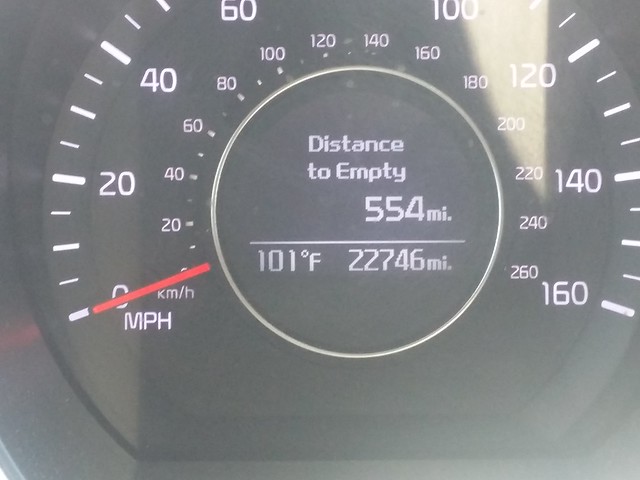 We hit the nearest coffee shop for iced coffee and WiFi and then the amazing Gearheads outdoor store to get Tom a new thermarest as he’d managed to puncture his Alpkit Nemo mattress the day before. What an amazing shop, you could seriously do some damage to your credit card bill in there, every possibly doohickey an outdoor type could need was in there! 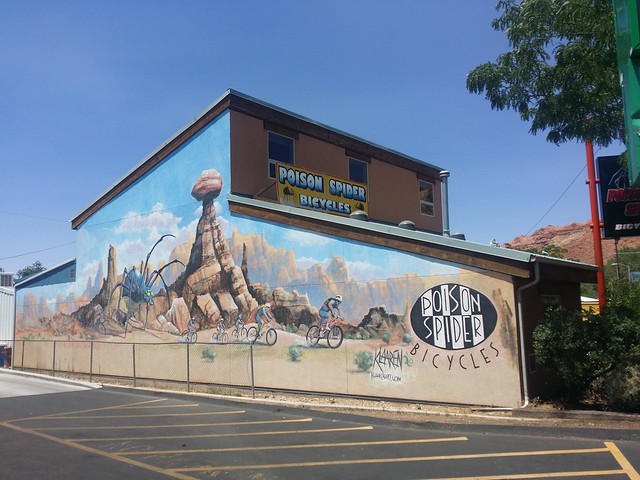 From there we walked to the opposite end of the town to visit Poison Spider Bicycles, despite the fact it was only about half a mile the temperature made it quite an ordeal for Tom and I. Yet again we dived into the air conditioned shop and took our time looking around. I treated myself to a new shirt too.

In an attempt for continued cool we headed to the pool, which was great, even though the outside paths were so hot you had to run on them to avoid burning your feet. We stayed there quite a while and we were starting to go wrinkly, so we had to move on. The next logical air conditioned place was McDonalds, more food and WiFi and then went to the cinema for the new Star Trek film. Anything to stay somewhere air conditioned! 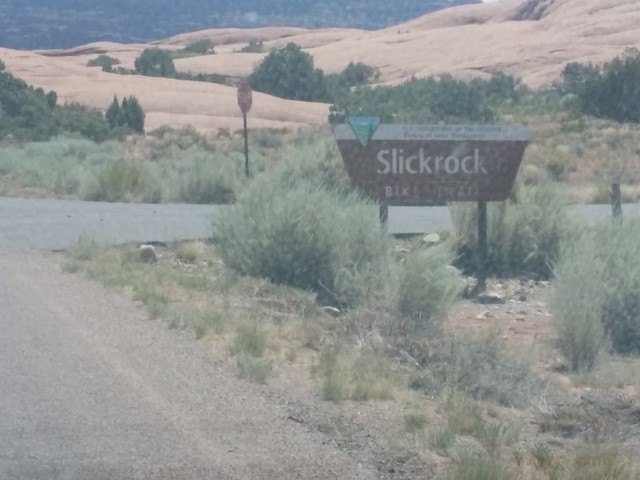 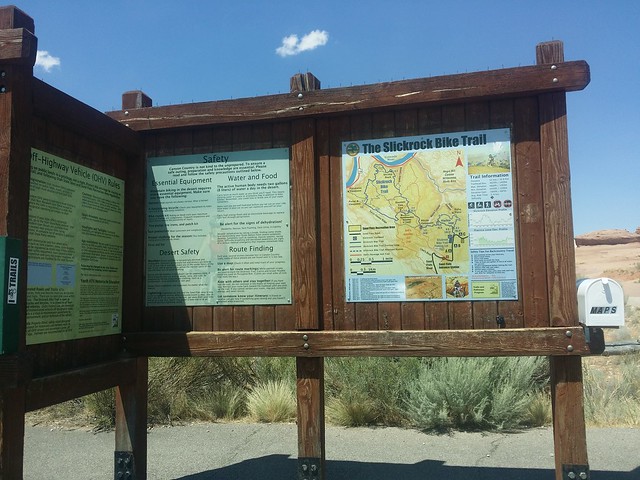 The campground we used was at the trailhead for Slickrock and when we actually headed up the road to it at 22:30 we couldn’t believe it was still over 30ºC. We had to leave the car running and put the tent up in the headlights, rain was fairly unlikely so we only put the tent inner up and it was so hot we ended up just lying on our mattresses with no sleeping bags, but it was still too hot for us so rather a large amount of time was spent just staring at the stars, hopefully we’d have some energy left to ride in the morning.