As a mountainbiker from the UK my first experience of the Slickrock was in the 1994 film Tread:The Movie. In the film it says “once a cool thing is done, it cannot be undone”, well I was looking for a bucket list tick and finally it was my chance to do it. The previous few days of no riding had driven me stir crazy and I was anxious to turn the pedals again. 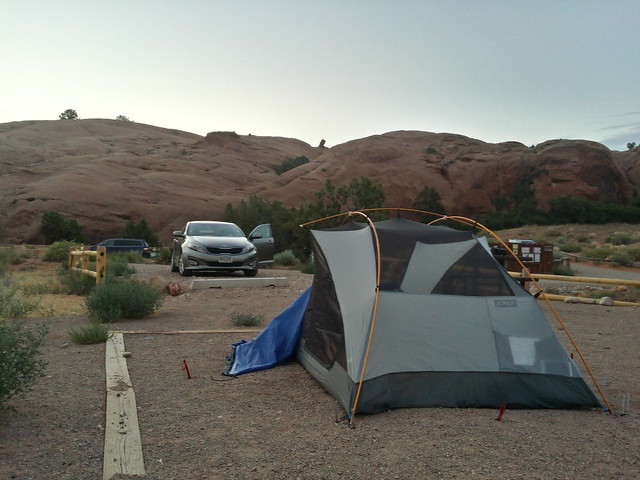 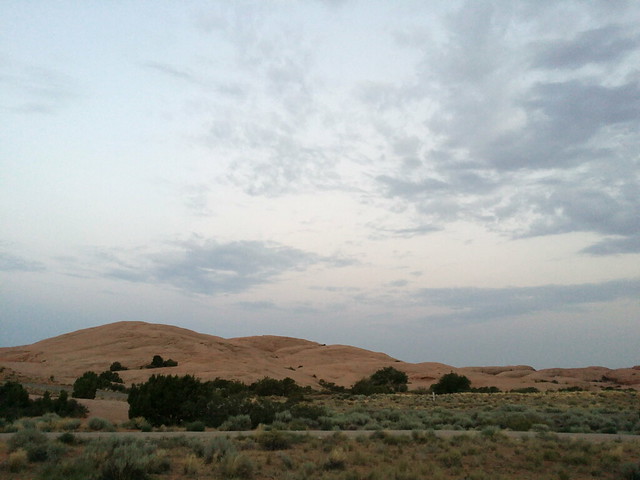 As suggested by the shop we set the alarm for 05:00, cooked some breakfast quickly and then hit the trail at 06:00 just as the sun was showing signs of appearing. The temperature was already in the mid twenties as we headed out and started following the white dashes on the rocks. 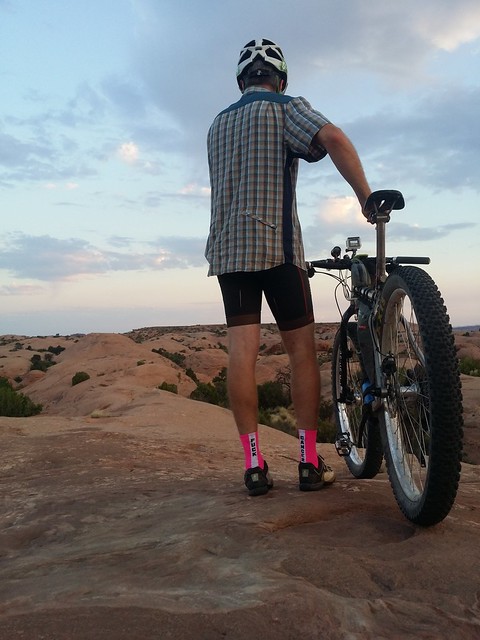 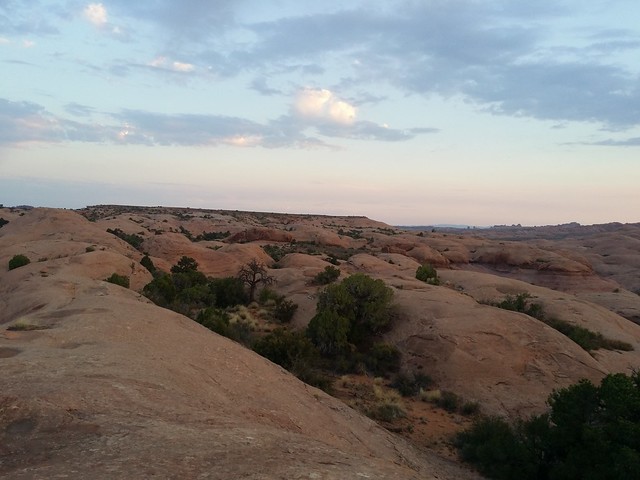 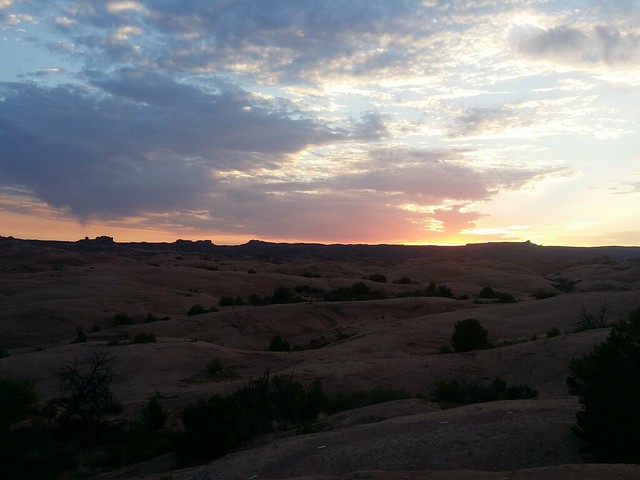 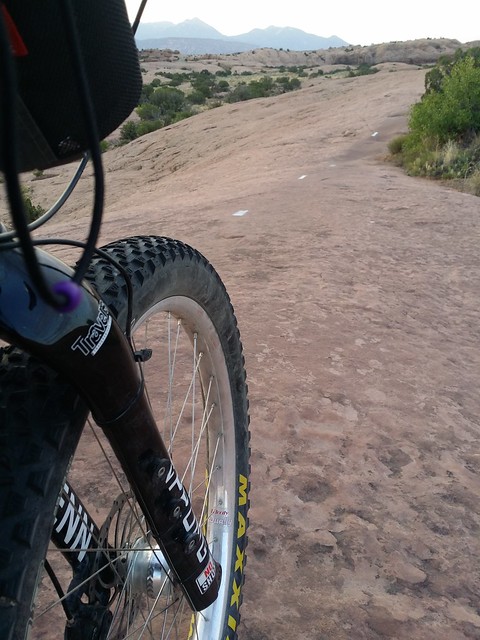 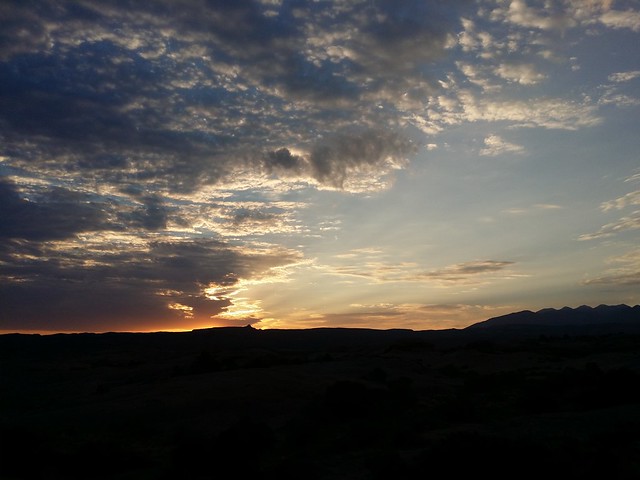 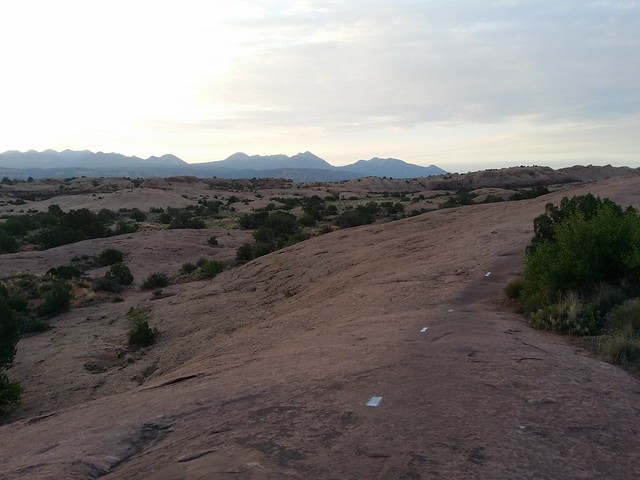 While it must be said a rigid mountainbike isn’t necessarily the best tool for the job I like to adopt the “run what you brung” approach and while it was indeed bumpy at time it really wasn’t that bad. The level of grip you get on that surface takes a bit of getting used to, but we were soon both cruising along making the most of the terrain. It really is like riding a massive concrete skatepark. The view from the overlook down to the Colorado River was absolutely breathtaking. 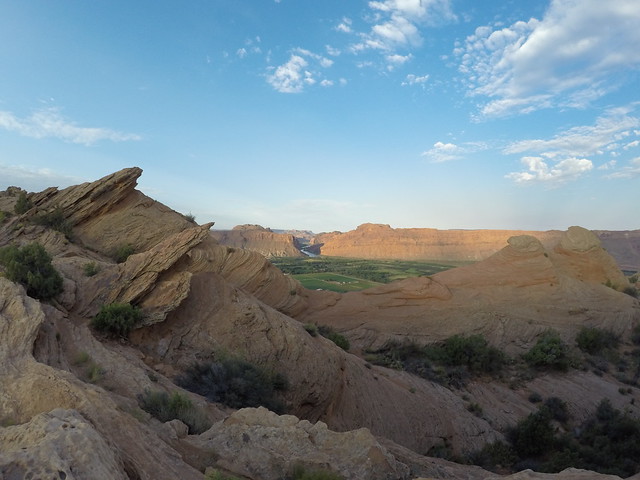 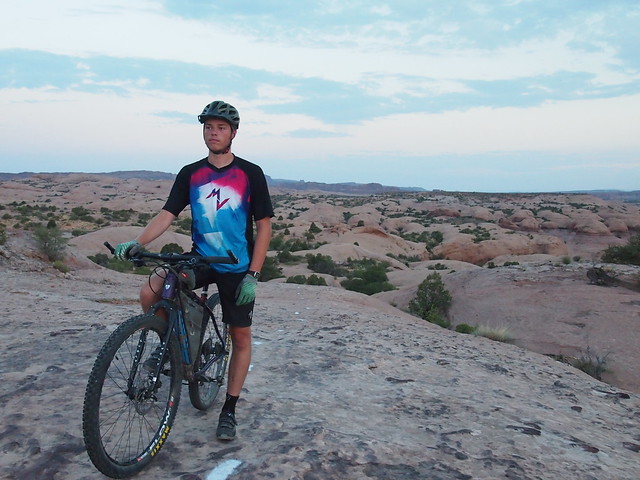 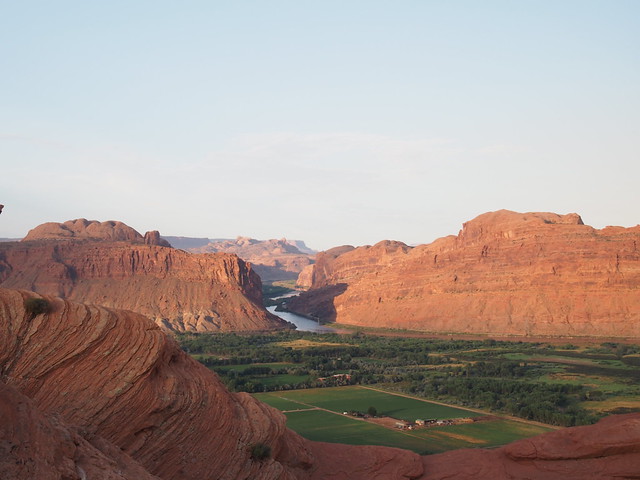 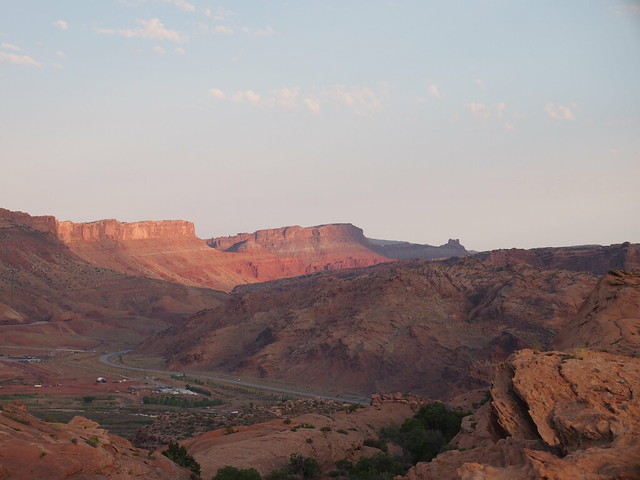 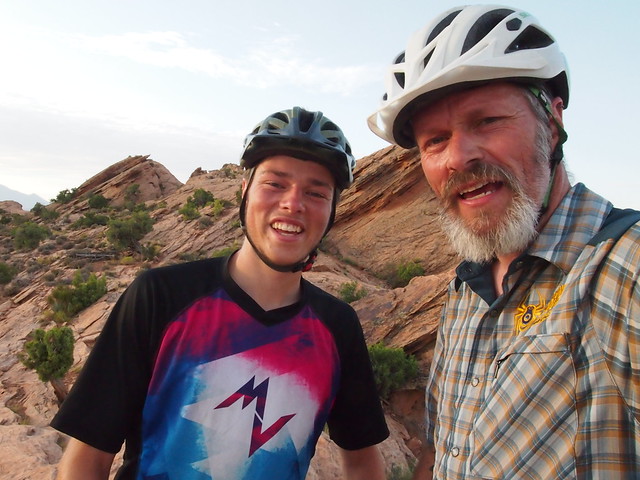 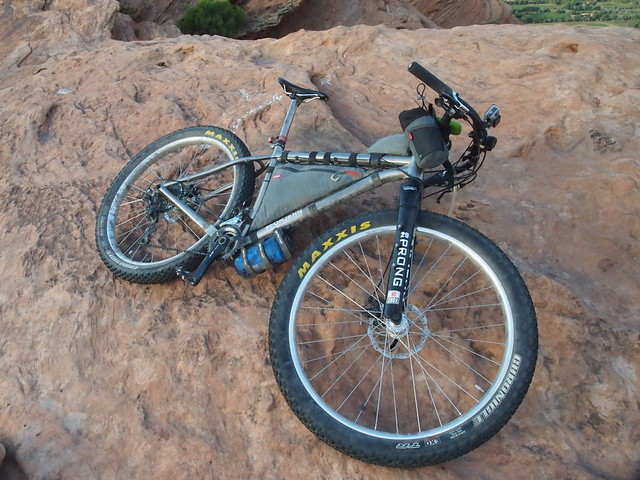 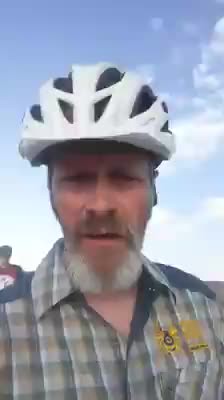 Soon though the temperature was climbing into the thirties and by the time we got back to the trailhead car park it was getting uncomfortable again. We quickly packed the tent away, getting savaged by mozzies yet again and then headed to town for a second breakfast. The plan had been to hang out for another day and ride it again, but the swimming pool was shut and so we decided the best course of action was to get in the car with the aircon on and head south again.

The target was Flagstaff 320 miles away. I wanted to drive through Monument Valley, again it seemed rude not to as we were passing. Annoyingly though the road was single lane and there were no pull offs to stop and take pictures, although it was so hot outside the car we weren’t that bothered. The drive took forever though and I was developing a pretty serious toothache, I’d cracked a filling on day one and it was starting to go bad. 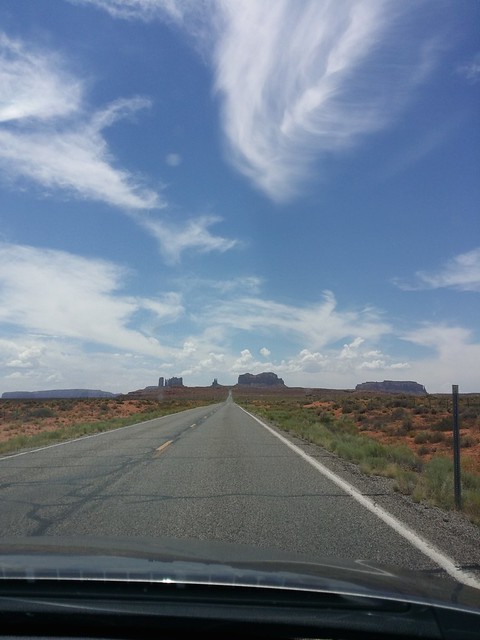 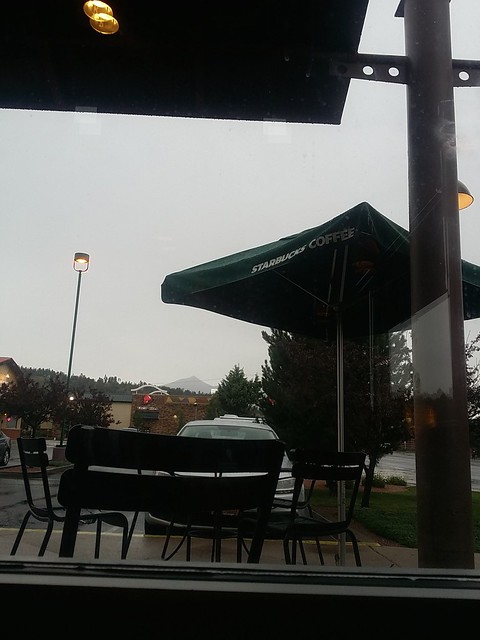 As we drove further south the scenery became less desert like and a lot greener. The cloud was building up and as we crossed the last range of hills to Flagstaff it started raining heavily. So we’d gone from 38ºC in Moab to 20ºC in Flagstaff, an altogether more “English” summer temperature. The Woody Mountain Campground was to be our home for the next few days.