I met Jordan when chatting on instagram and I built up his new DH bike for him, while we were chatting he was telling me about the bike company he was starting with his mate Tim and the crazy hardtail they had planned. Fast forward a few weeks and the prototype was made and the boys asked me if I fancied meeting them over at the Steyning trails and having a ride on the Gnarcissist. 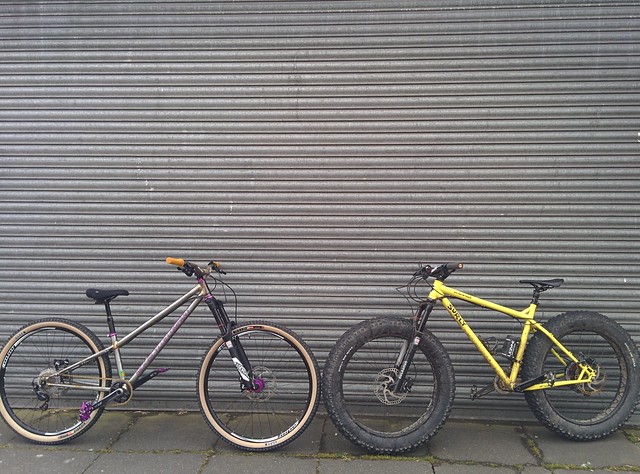 The Gnarcissist, next to an Ice Cream Truck for scale

When you first see this bike it looks rather bonkers, it is soooo long, it just looks like it shouldn’t really work.

However out on the trail the reality is rather different, the SBC boys will tell you I came back from my first run laughing my head off, this thing is bonkers! I took the first couple of corners rather tentatively as I’d just stepped off a fat bike with 4.8″ tyres, but it became quickly apparent that the Gnarcissist has got you covered, however mad you’re feeling. 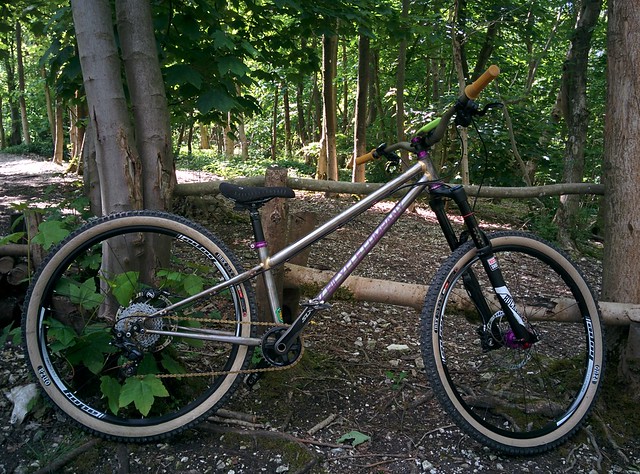 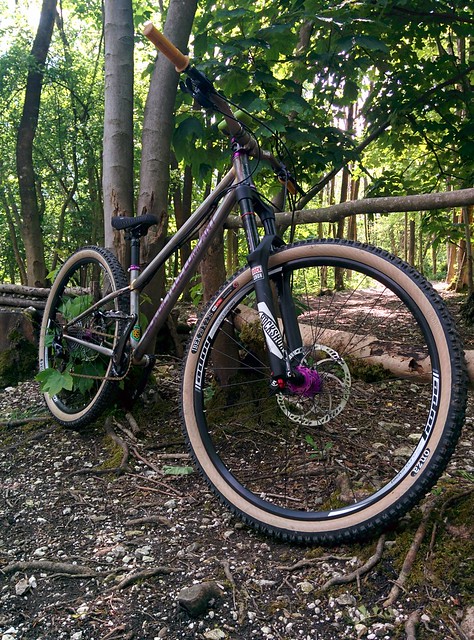 You can just stuff it into a corner, quick as you like, and somehow you stay on board. It gave me increasing feelings of invincibility and I was going into rough, rooty sections faster and faster, it shouldn’t be possible on a hardtail! 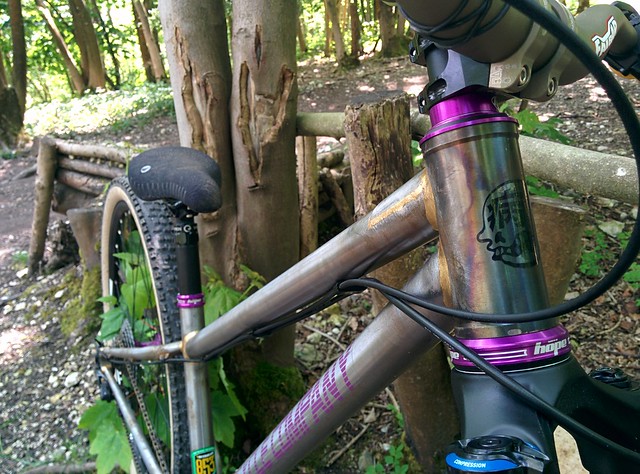 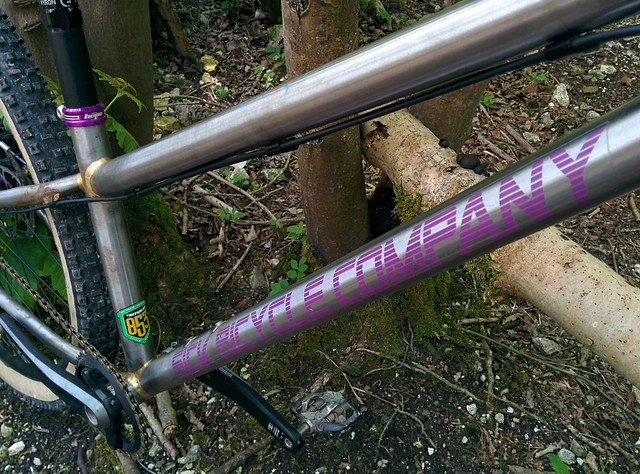 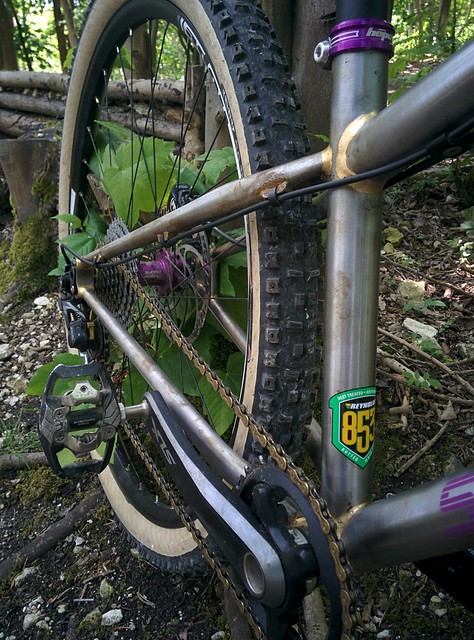 So is this bike for you? Well if you love a rowdy hardtail, then definitely yes!! It’s great to see a couple of locals turning out something a little bit different, if you want to know about it find them on Facebook or Instagram, they’re a sociable lot.

If you feel like taking the plunge then check out their Kickstarter page….