Well sometimes things go your way and sometimes they don’t! But there’s always the chance to learn something from it along the way and this weekend was no exception.

Recently some of my friends have completed the South Downs Double and I was rather desperate to be part of that club. Several people I knew were riding the BHF SDW event on Saturday and I thought what better way of doing it than riding over Friday, riding with them, then riding back.

So I set off from home at three on Friday afternoon with the intention of also ticking off my first solo bivvy somewhere around Winchester too. 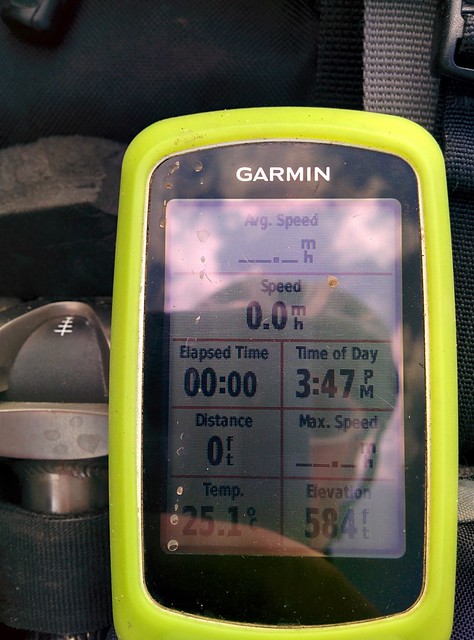 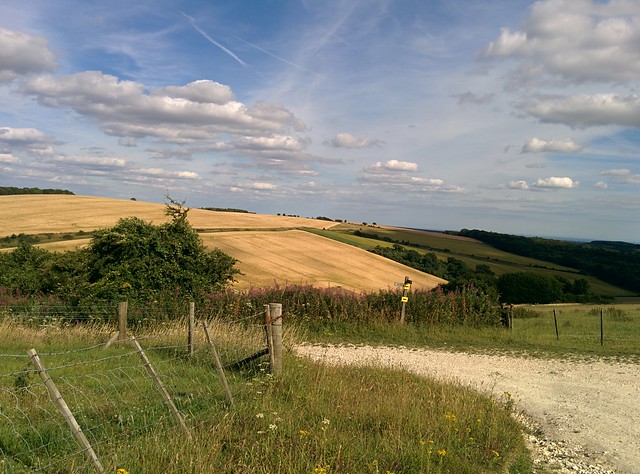 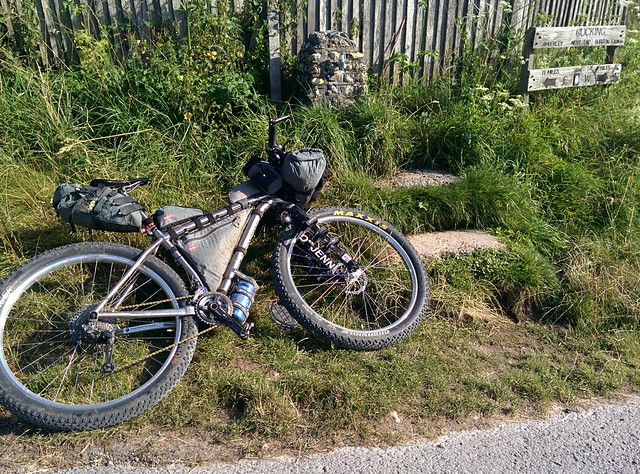 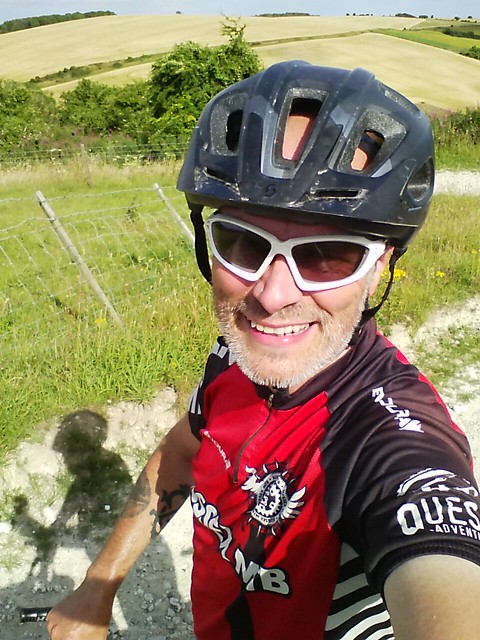 Still smiling, despite the strong headwind. 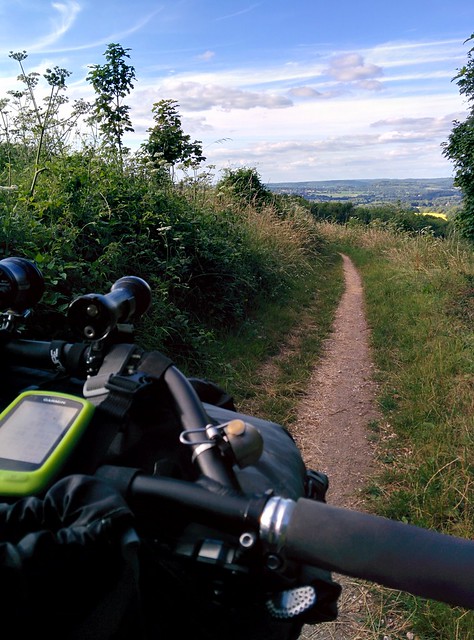 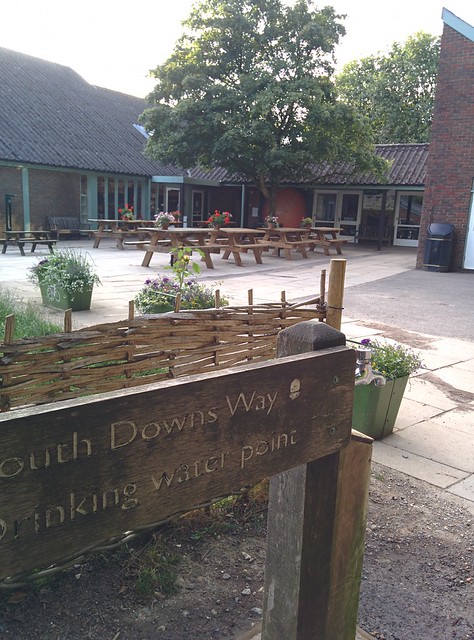 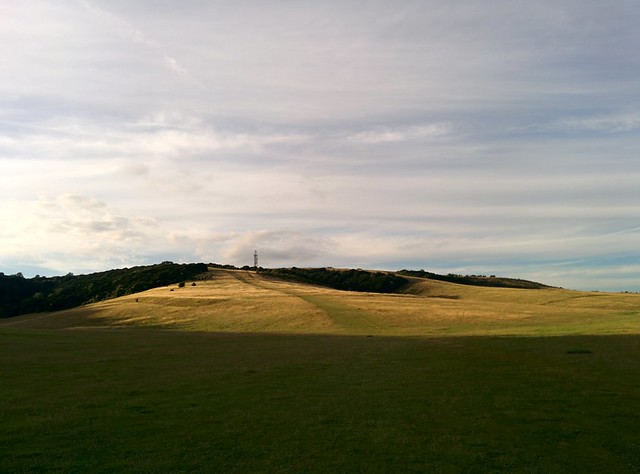 Butser Hill, not gonna lie, I pushed up! 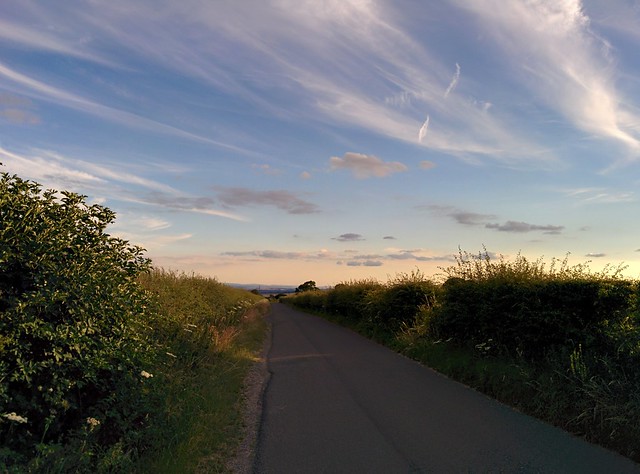 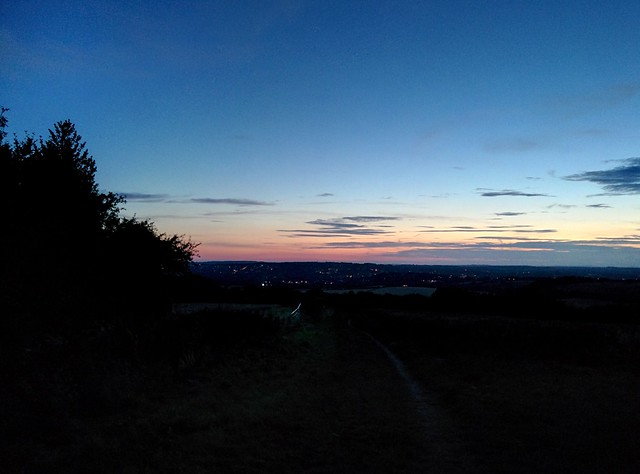 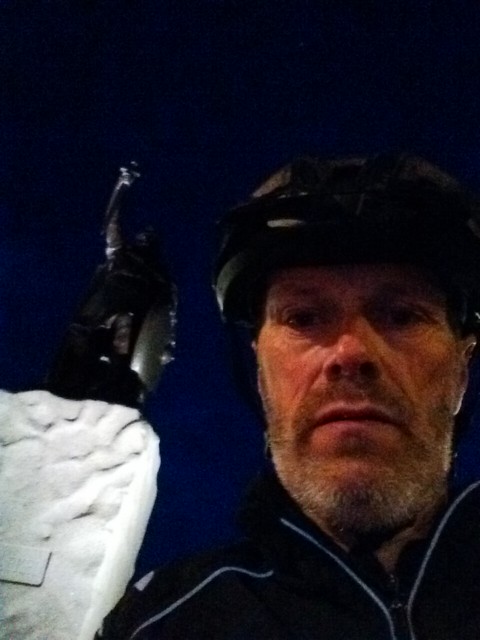 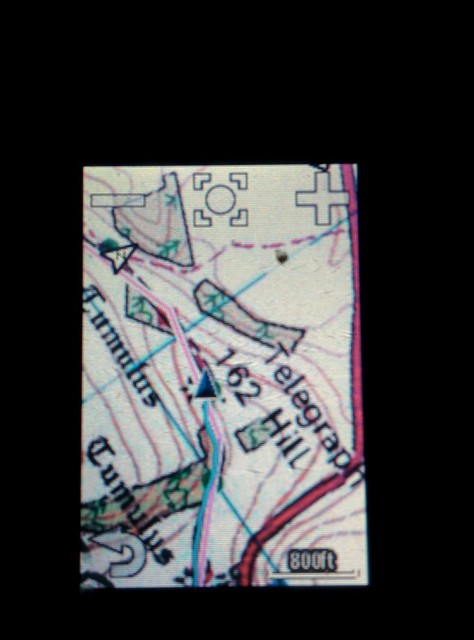 And that’s where I slept.

So I made it into Winchester at about 22:30, it was exactly fifty miles from the barn above Storrington to the door of Subway next to the statue in Winchester. The headwind all the way had been pretty tough, but I was feeling good and no ill effects we showing themselves. I topped up my water, bought a load of cookies and turned round and headed straight back up the hill.

I’d scouted a good spot on the way in and I found it again fairly easily. I wanted to be on the SDW so I could meet my friends easily in the morning. It was my first solo bivvy and I don’t mind admitting I was rather nervous! I rolled out my mat, bivvy bag and sleeping bag and lay back in the dark. Despite the vague hum of the motorway in the distance it was pretty peaceful. My fear of wild animals has been cured by my trip to America, so wildlife in the UK doesn’t bother me as nothing here can hurt you! Just the fear of random nutters I suppose, but I was well out the way and soon drifted off to sleep.

All too soon my alarm went off at 05:05, riders were already coming up the hill and they were rather surprised to see me crawl out the bushes and they all thought I was having a mechanical when in fact I was just cooking porridge by the trail side!

I got a message to say Alex was on his way so I set off slowly figuring he’d catch me soon enough. Then at the top of the hill I met Claire and her friend Holly. We rolled along together until the Meon Valley when I edged in front after a quick stop.

I saw a few other friends at times and rode and chatted with them, this really broke the day up and the miles ticked away. But this was where the problems really started for me. I was wearing a new pair of shorts, which I had used on some thirty mile rides, but not for anything longer. My butt was really beginning to hurt, not something that I have ever suffered with before. 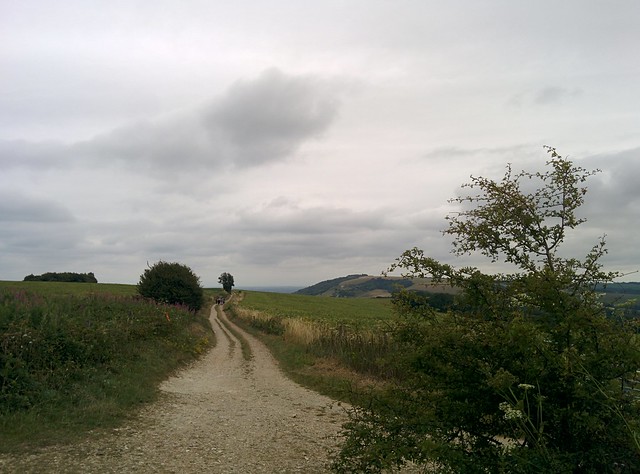 Back on home ground, heading to Amberley. 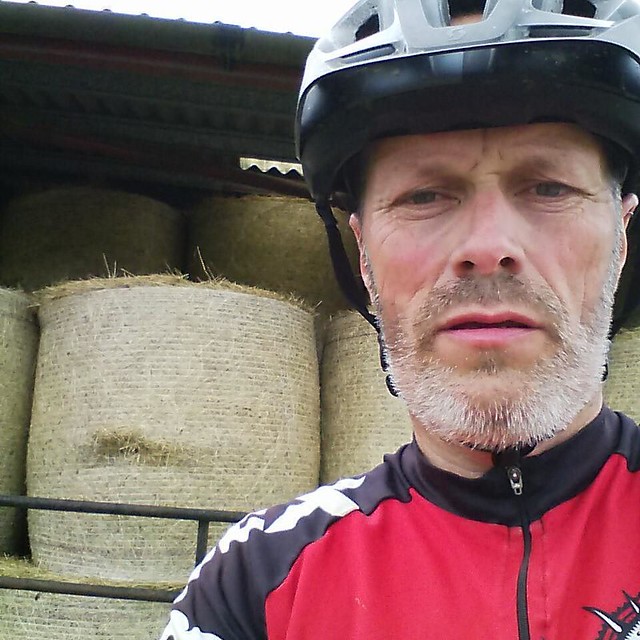 Back at the barn.

I got back to the barn, that was one South Downs Way ticked off, my backside was killing me now, but I figured I’d carry on and see how it went.

I bumped into a guy I’d met earlier, who was a fellow bikepacker, he was travelling on an unloaded bike though. He’d parked at Eastbourne the day before, ridden to Winchester and was riding back, going really strongly too. We whiled away the next section, chatting as we went.

When we dropped down to the Adur Valley he went ahead as I pushed up Truleigh Hill. Back in the saddle at the top of the hill and it was becoming unbearable, I carried on to Devil’s Dyke and there I made the decision that I’d ride down to Hove station and take the train back. It was still early afternoon but I just couldn’t bear the thought of another six hours to Eastbourne. As it was I had to stand all the way down the road to the station. 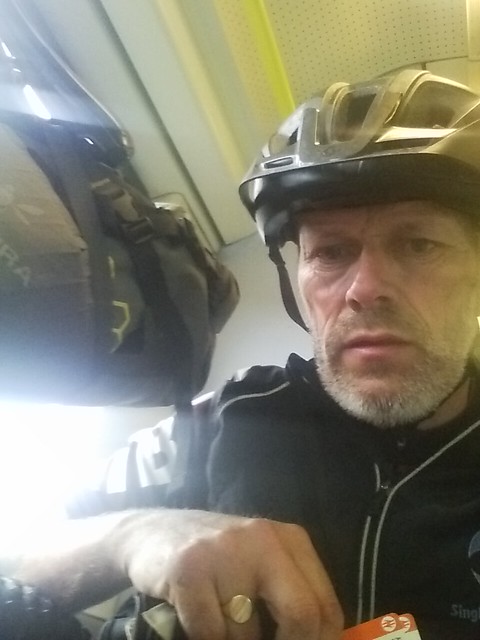 A dejected Jimbo looking forward to a soak in the tub.

So what did I learn from this? Well I’m good for the distance, I know that, I felt pretty good most of the time. I had a couple of low points but these were soon cured with cookies each time. As for the shorts, well it was a schoolboy error, I should have stuck with my tried and tested Morvelo ones.

I will have another go before too long and just start really early in the morning to get as much done on day one as possible, but I’ll pack *really* light next time and just buy my food en route.

Despite the glum sounding report it was a great day out!!