The Sustrans NCN2 route runs along the bottom on my road and when my family had decided to go camping in Cornwall I decided I’d ride along and meet them.

The first part of trip is pretty familiar as I have ridden along there on more than one occasion on my way to other places. But once I got on the ferry over to Gosport I was on to new territory and the journey started to get interesting. 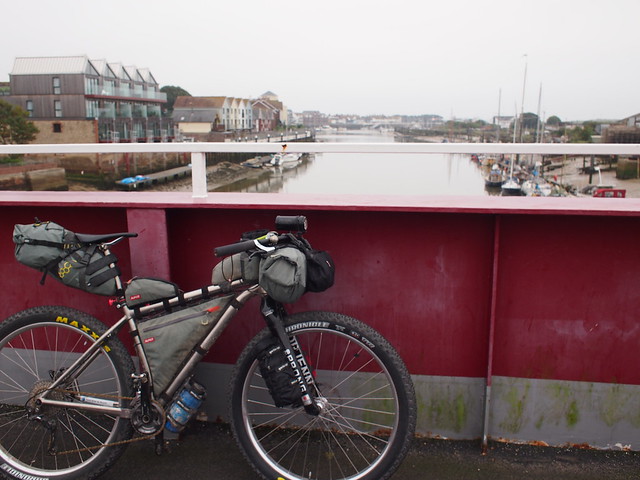 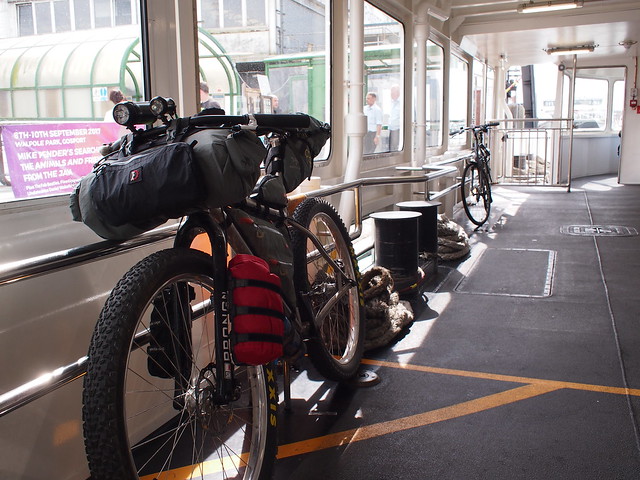 The road from from Gosport was pretty quiet and then it went on to the first bit of trail, the miles were happily ticking away and before I knew it I was at another ferry, this time across the Hamble. I was feeling pretty hungry by then and stopped to grab a sandwich in Hamble-le-rice, before carrying on and round to Southampton. The Bridge over the Itchen felt more like a mountain col as I’d been pushing on a bit and my legs were rather tired. So I decided it was time for some proper food and a few minutes rest before the next ferry to Hythe. 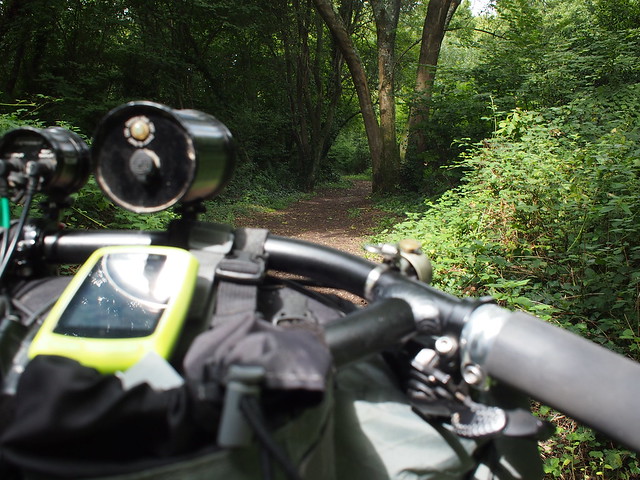 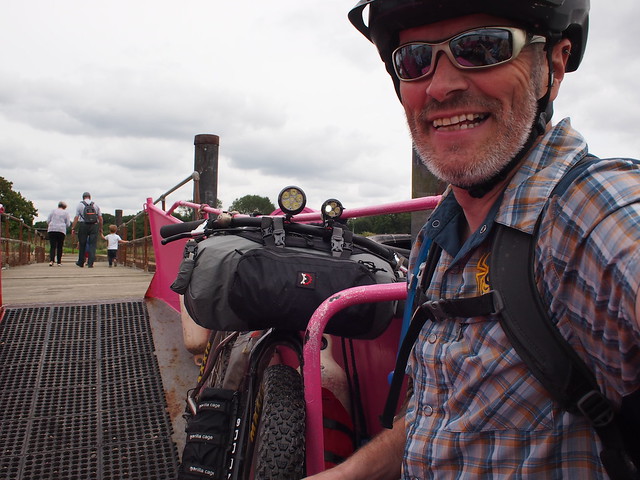 It was off the ferry then into the New Forest. This was a great mix of back lanes and forest fire roads and the miles ticked away easily. I really wanted to get as far as the other side of the Sandbanks ferry, so I knew I needed to crack on. 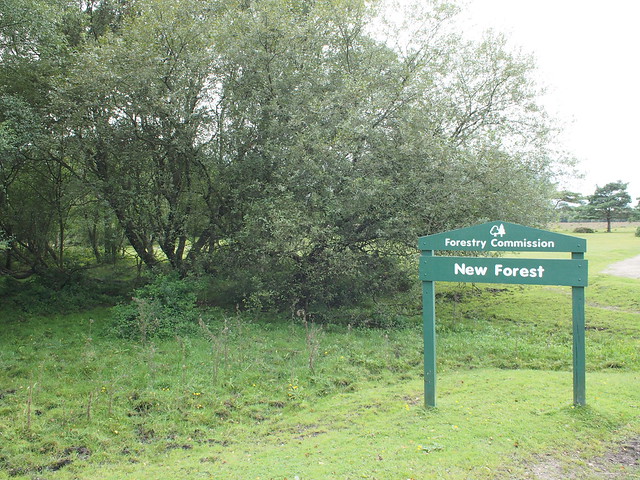 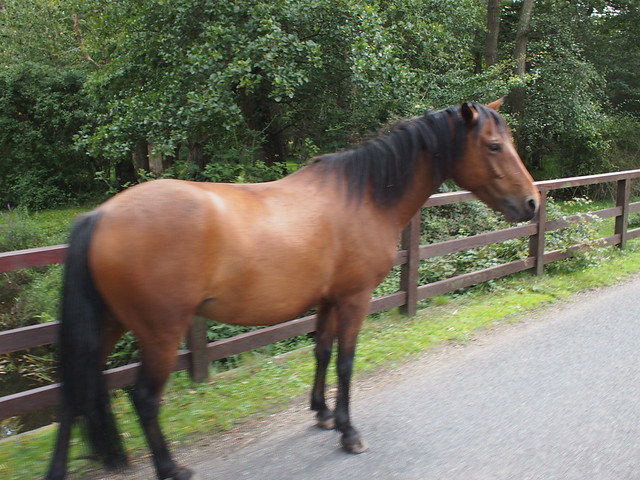 I’ve not done a century on my mountainbike for a very long time, so it was pleasing to see the mileage trickle into three figures. Bizarrely it was exactly 100 miles from my front door to Bournemouth Pier! 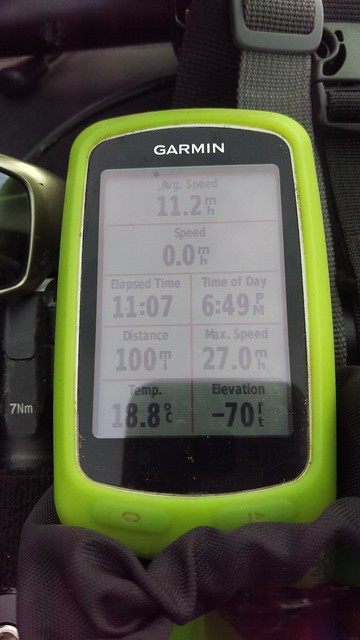 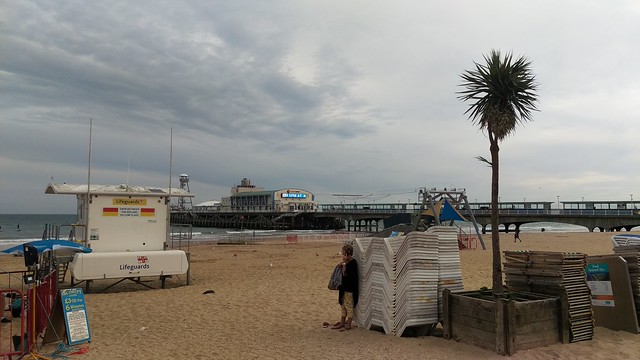 The sun was well on it’s way down and I knew that I still had some distance to cover to the bivvy spot I’d scoped out on a previous ride to the beach in Arne. 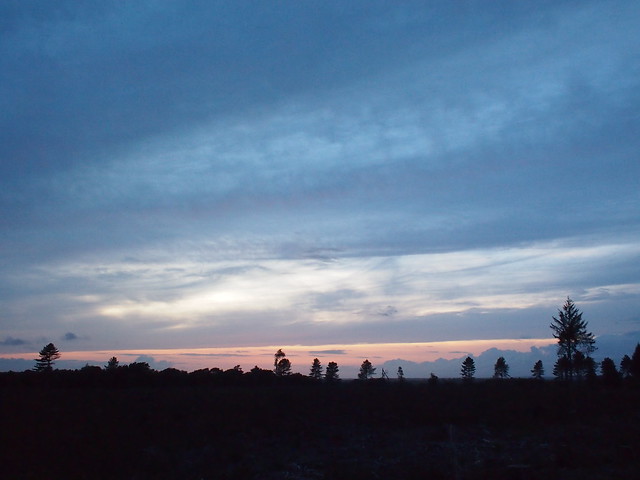 I knew there were a few houses nearby and so when I went down the lane to the beach I made sure I was as quiet as possible. It was a beautiful warm evening and I sat on the bench and watched the waves lapping the shore until it was dark, then I rolled out the bivvy gear and settled down for the night. 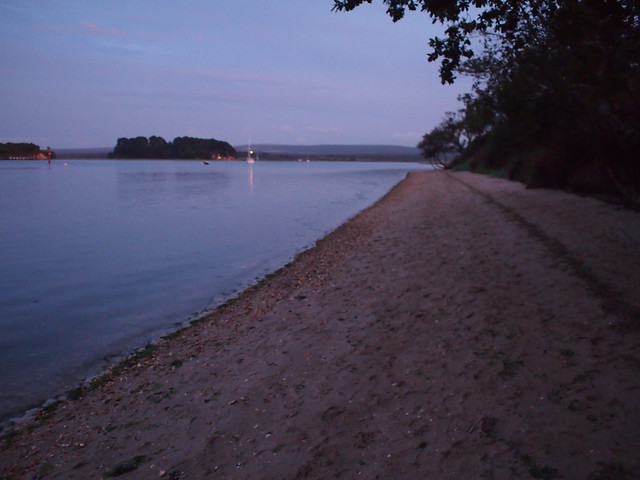 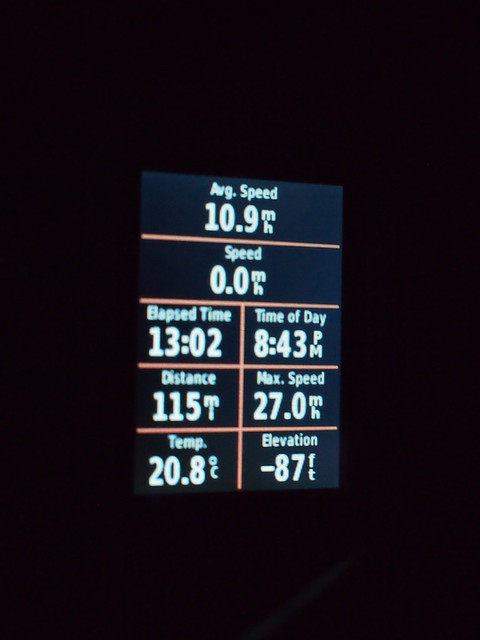 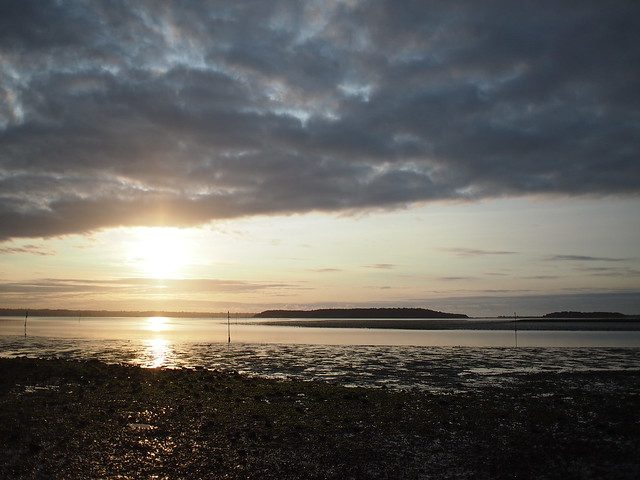 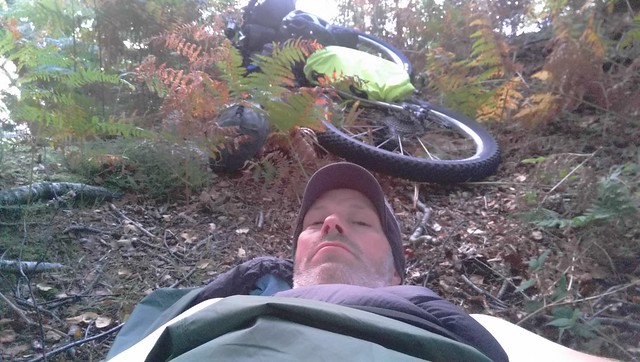 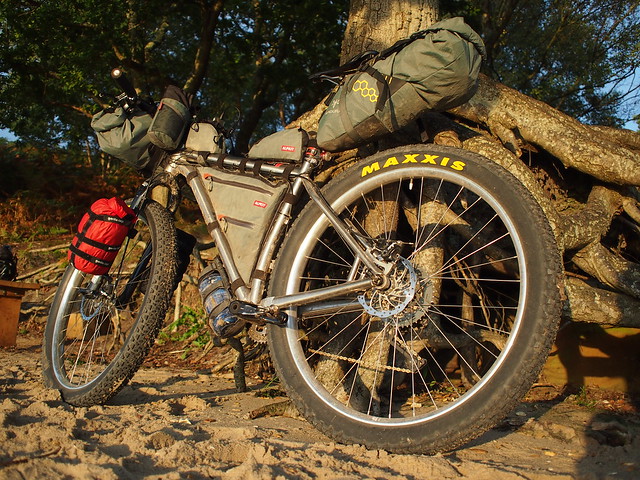 The morning started just as warm as the previous day and I headed into Wareham for a second breakfast. The legs were feeling a little tired and I was thankful we were meandering along the river valley and there weren’t any changes in elevation. 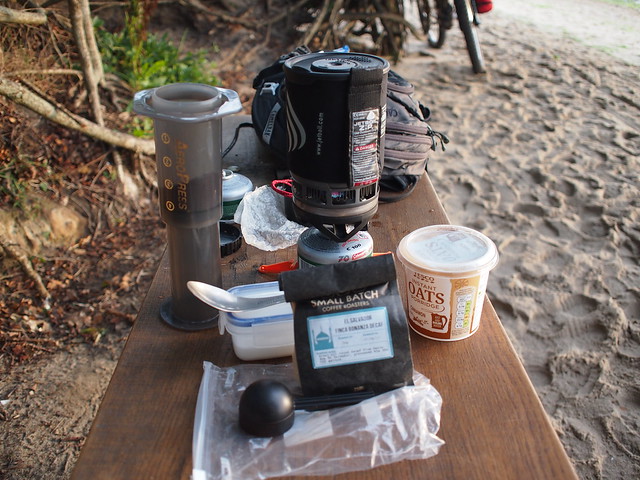 After a quick coffee in Dorchester there was a great bridleway section followed then followed by the mother of all climbs up to the Hardy Monument. It was worth the effort though as the view from the top was absolutely breathtaking. 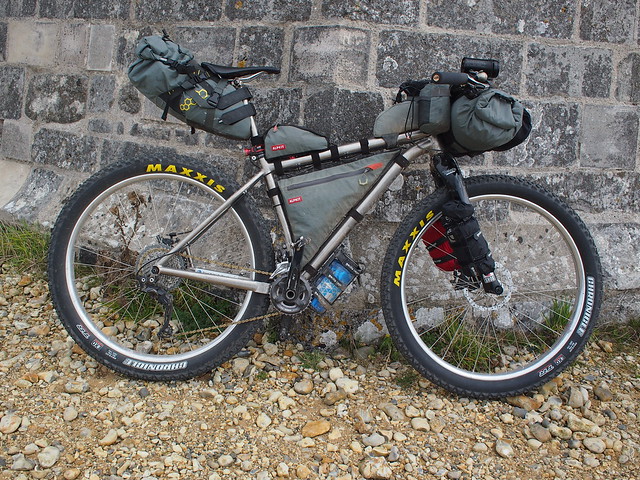 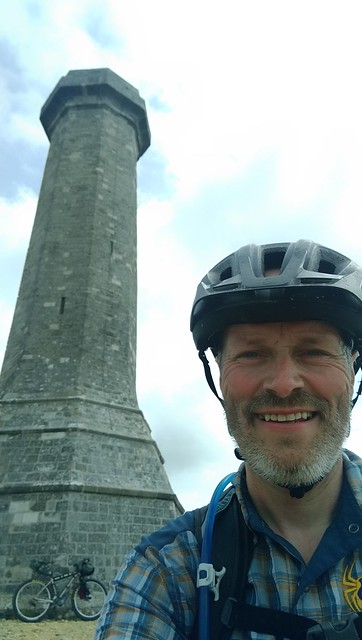 I carried on, but was really feeling it from the steepness of the climbs, I stopped in Bridport for lunch as I felt absolutely wrecked and was also having some sort of hayfever like reaction to the local flora. I sat in the Coffee#1, they very kindly let me take my bike in and I stuffed my face with the local ham and cheese produce. After a while I was feeling a little more human so I saddled up again and set back off on my way.

The original plan had been to make it all the way to Newquay to meet the family, but I knew from the way I was feeling that would not be happening so I decided to have a shorter day and kept my eyes open for somewhere else to bivvy.

I stopped to chat to someone who was doing a bit of gardening and I must have looked a bit on the rough side as she went inside to get me a glass of water and also very kindly refilled my Camelbak for me. Potential bivvy spots seemed to be pretty hard to find and as I didn’t want to carry on till dusk and then hide out I decided to call it a day as I passed a campsite at Raymond’s Hill, the advertised wood fired pizza was just too good an opportunity to miss!

To be honest though, good as the pizza was, I didn’t have as good a night’s sleep as the night before. I was awake pretty early and was fed, watered and back on the road by 07:30. I knew that my time would be severely limited today and it looked like the easiest option for all of us would be a pick up from Exeter. That just left me with 40 miles to do and I rolled out into the early morning mist feeling pretty good about the day ahead. 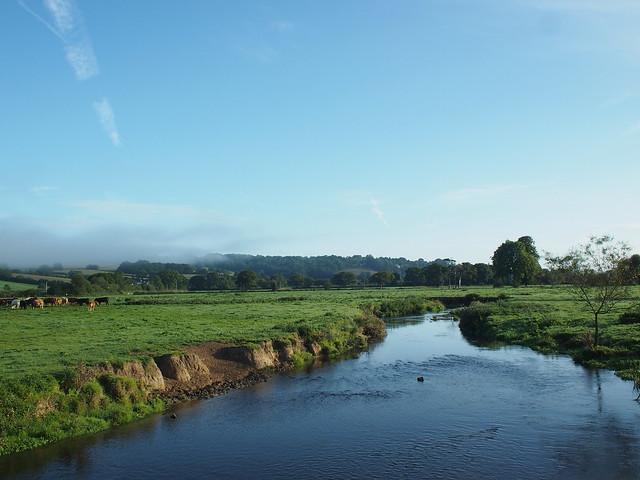 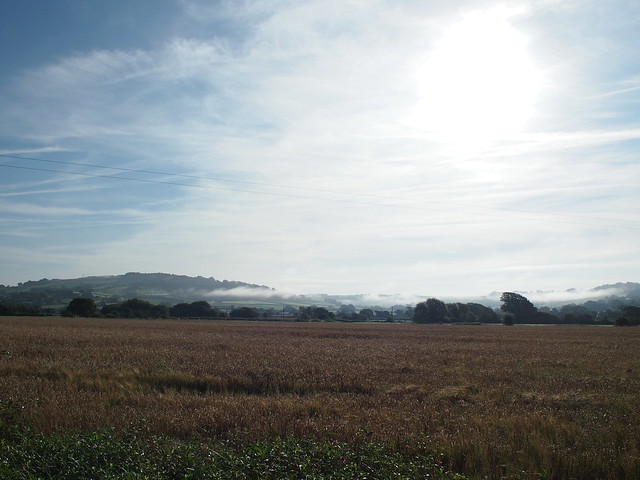 I stopped for coffee and cookies in Seaton and the climb out was pretty tough, then it was on to Sidmouth and the climb out was absolutely brutal! I stayed in the saddle for as long as possible and after a while it got to the stage I was only doing about 2mph, but absolutely caning myself. I decided at that point to give myself a break, so I got off and pushed to the top. I stopped for a chat with another cyclist, he was on a touring bike and had the benefit of a triple up the hill, lucky man, I decided that next time I replace the cassette I’ll go from the 42T to the 46T in stead. It makes it just that little easier on a fully loaded bike. 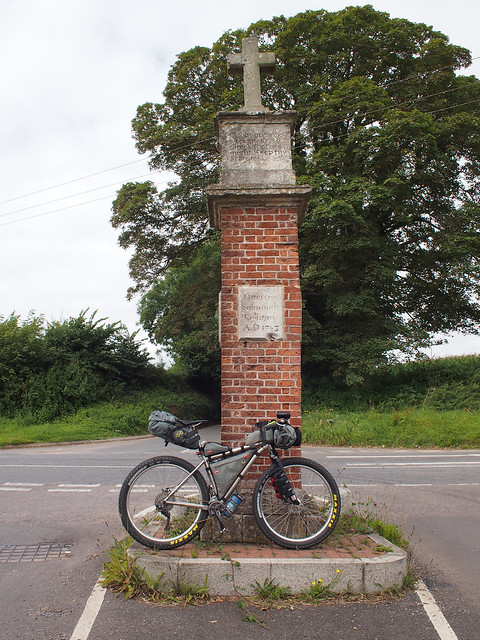 The next few sections ticked themselves off with no drama and eventually when the route turned on to one of the first busy roads I’d encountered I decided to take it into my own hands and used a few bridleway sections in stead. It was nice to get back onto the trails and it broke the ride up nicely. 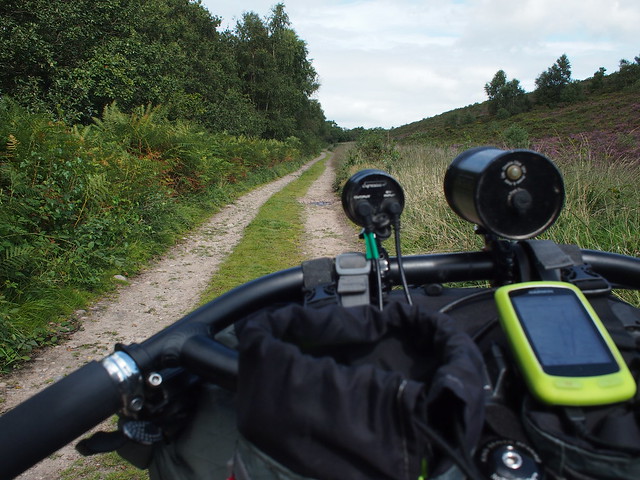 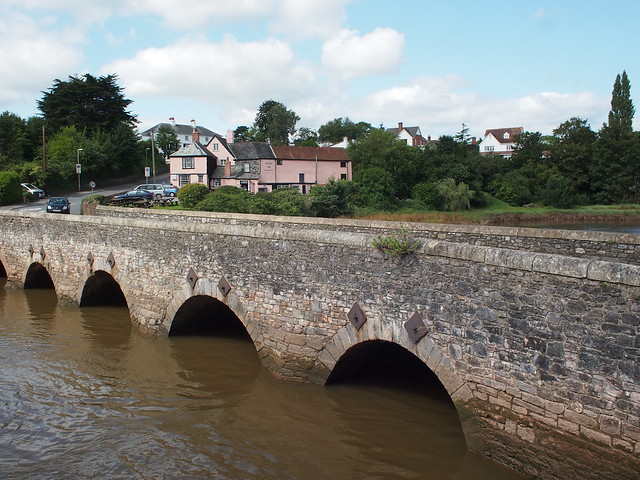 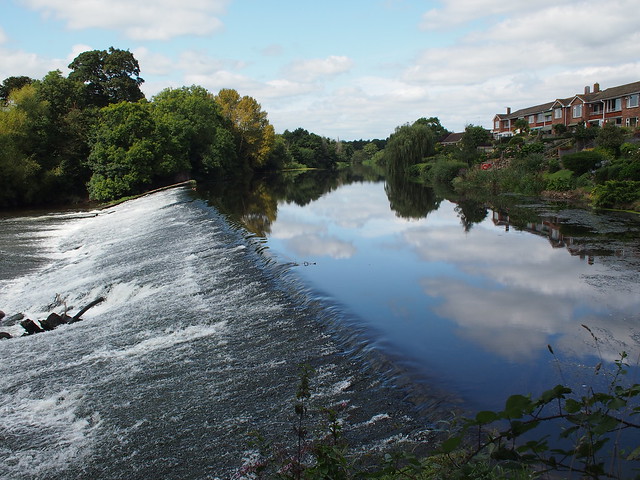 I stopped for an early lunch at Exmouth before heading up the side of the river to Exeter. This was a real surprise to me, I’ve driven past many times on my way to the 24/12, but never ventured into the city. It was really nice riding along the river and there were lots of folk out cycling, so it had a really relaxed atmosphere. I finally made it to Exeter Quay at about 13:30 and spent a very pleasant hour and a half with coffee and ice cream, watching the world go round as I waited to be picked up. 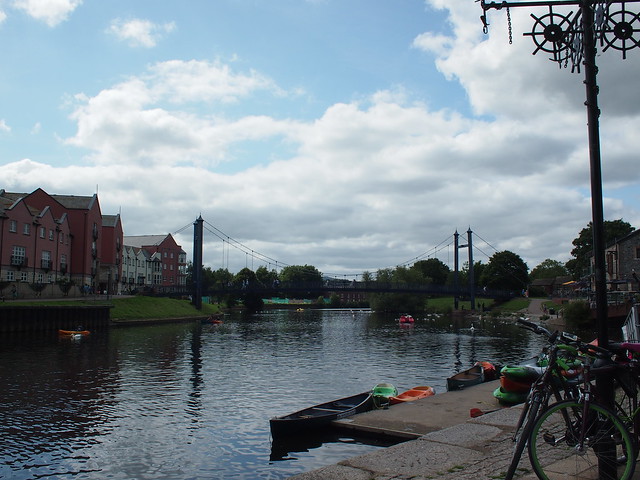 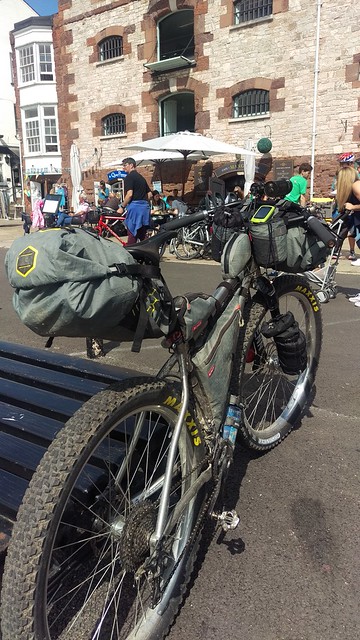 Did I learn anything from this ride? Well, now I know I’m not scared of doing this sort of thing on my own, I certainly was happy in my own company which was quite reassuring. I didn’t get bored and was quite happy just tapping away at the pedals. Aside from that I realise (or confirm my suspicions) that I am much happier, or more comfortable, when I am not imposing some mileage that I must achieve on myself. The first day was actually pretty easy, but when it got a lot hillier I just couldn’t do the mileage I wanted, as a result I was a lot happier when I just chilled out and changed the plan accordingly as I went.

So, good time and a successful trip.