We awoke to a pretty solid frost and because we were tucked under the hedge we were frost free. 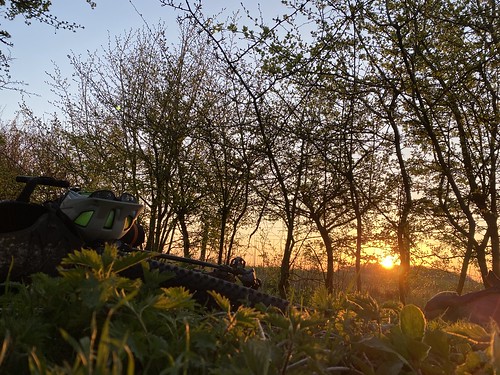 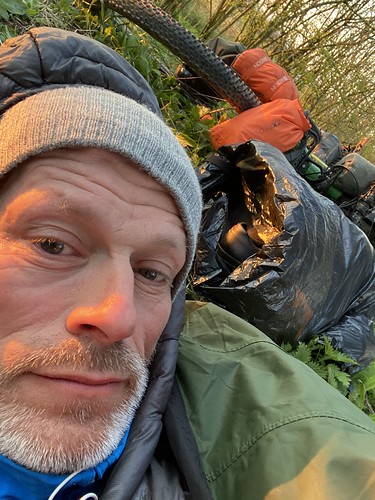 We’d heard that there was some sort of burger van somewhere on the Ridgeway so we didn’t bother with breakfast and made do with a quick snack in stead. This proved to be a mistake as several hills came and went and when we eventually found it quite a bit later the guy was only just opening the door at 10:00, food would be a while.

We opted to carry on so we found the first Ridgeway tap and filled up with water, just as well as the second one wasn’t working! We bumped into some riders from Goring and after a way too long conversation about bacon sandwiches we followed them back to Goring to sample the recommended Pierreponts Cafe. It was excellent and we heartily recommend it! 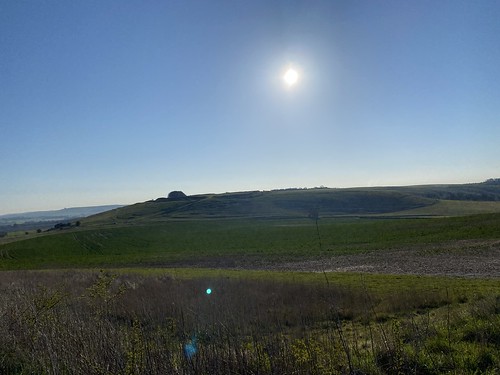 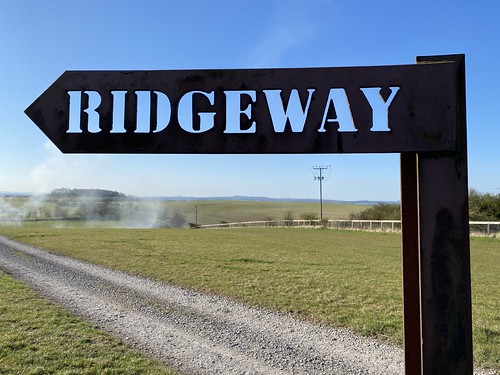 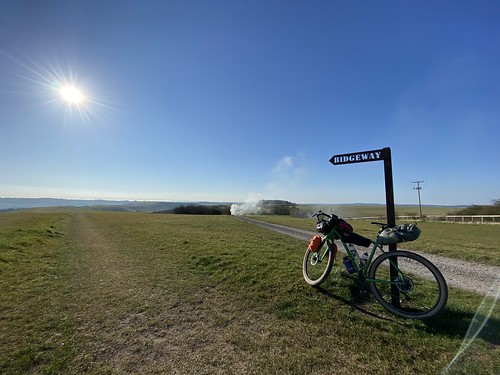 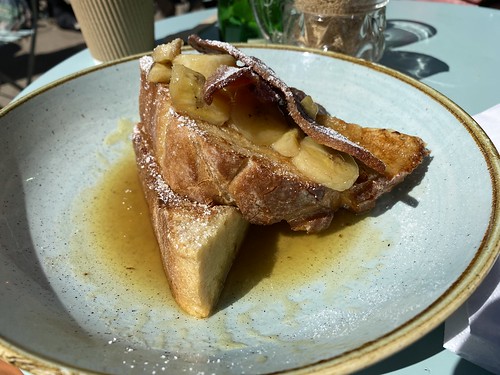 After a refuel it was on to the Thames Path heading to Reading. We’d done this section in reverse and knew it would be fun. There’s some great sections contouring the side of the river and there are some fantastic singletrack sections. After a day and a half in the middle of nowhere Reading came as a shock to the system. We had to search out an Evans Cycles as Chris’s Garmin had conked out and he decided to get himself an upgrade. Amazingly they had stock, so he bought one and we headed off back onto the route.

A quick detour off route and we hit another luxury garage forecourt for ice cream, beer and snacks in the sun and Chris took the opportunity to fire up the new Garmin and load the route. 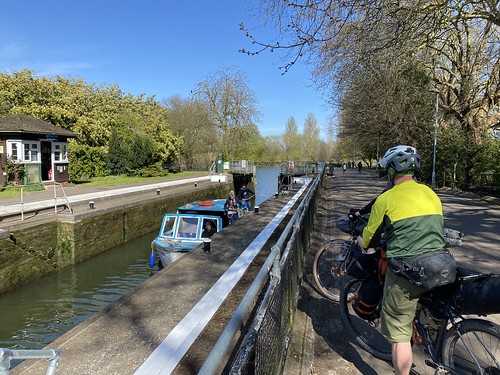 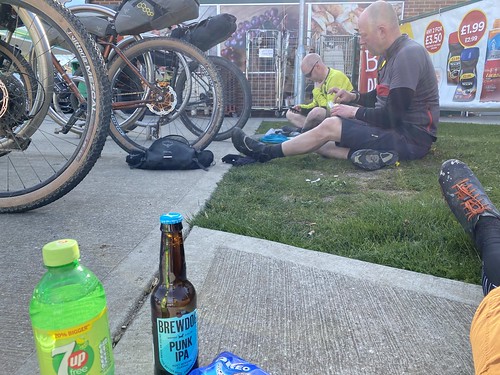 We carried on with the intention of getting as much done in the daylight as possible. Hoping for a pub for food we ended up having to hit Google again and we went off route to a big Tesco in Hook for another gourmet bench meal.

After a meal of champions and a very funny interaction with a local who suggested we “guess the cost of my trolley contents” and ended up being an in depth discussion about family problems and road bike frame sizing we eventually got going again.

It was getting dark, the temperature was dropping again and we knew the next section had quite a bit of military land, so the main option was to find somewhere as near as possible to hide ourselves away. This proved quite difficult because, although it was pretty rural, there were a lot of houses tucked around. We took a chance and pitched up in the woods on Odiham Common away from the main paths. It was way colder than the night before and opted for tents for the second night.