After a breakfast at the hotel it was about twenty miles to the start of the trail. There was a bit of a rude awakening as the first part was super steep on a loaded bike. You’d cruise up no problem on an unloaded bike, but it was too much for my legs with all the luggage on. 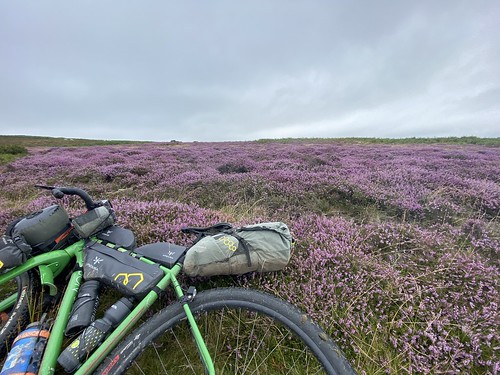 Soon enough we were on some heather clad moorland in the middle of nowhere and it time for some of the solitude that this route offers. I absolutely love this part of Wales and the views and the peace and quiet was stunning. 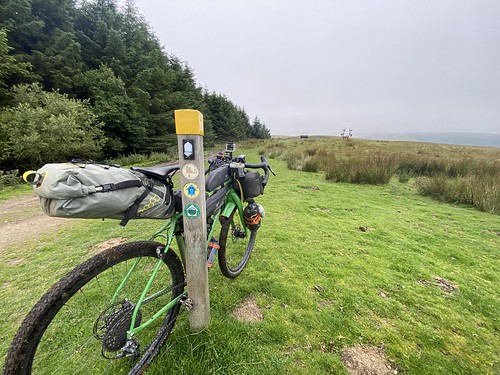 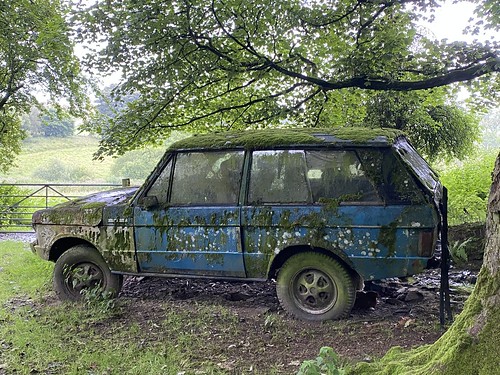 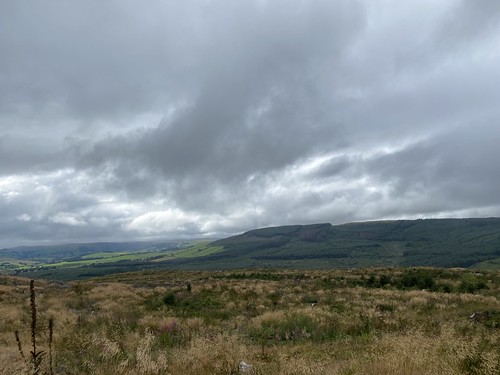 This section of the trail was interesting as there was not too much in the way of supply options. There were a few cafes we had visited in the past, but it was doubtful whether they would be open on a weekday and it turned out they weren’t. Tears were shed and we carried on.

There was a very handy community shop at Llanbadarn Fynydd and we loaded up on snacks before tackling the unavoidable stream crossing. I had watched a few YouTube videos in the week and I knew the last hand line was the shallowest and I managed to get through with dry feet.

Next up was food at Rhayader, before riding round the reservoirs and hopefully the bothy would be unlocked. All bothies had been closed due to Covid and the rules in Wales had changed only the week before. So we were unsure whether we would get in or not. 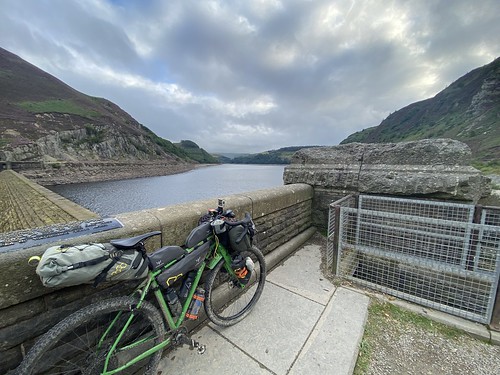 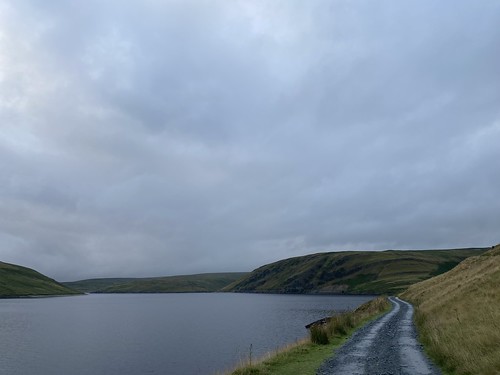 As we rode down the side of the reservoirs the weather deteriorated and before long it was absolutely chucking it down as well as getting dark too. We’ve ridden this bit many times and it actually ticked it past pretty quickly, despite the pouring rain, and when our wheels touched tarmac at the end we were all pretty happy.

However unspoken between us all was the big question, would the bothy be unlocked? As we approached the others dropped back and it was left to me to put my hand on the door handle and try it. Sighs of relief were heard all round as the door swung open. Just to make a good situation even better there was plenty of firewood too, so before long we were all set up for the night with a roaring fire going and our clothes steaming on a rack in front of it. 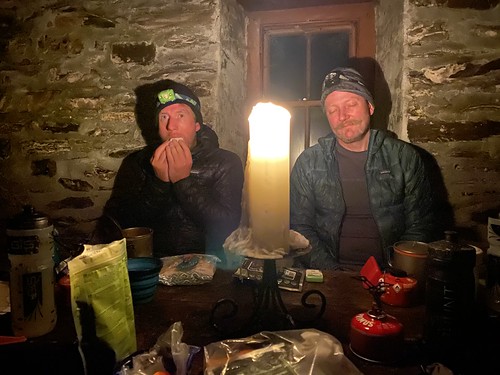