After a good nights sleep we had decided to get moving early to try and beat the heat. We rode up to Dorchester and took advantage of the facilities and had a double McBreakfast. After that we continued on NCN2, I remember from riding this next bit before that there was a pretty chunky hill early on. 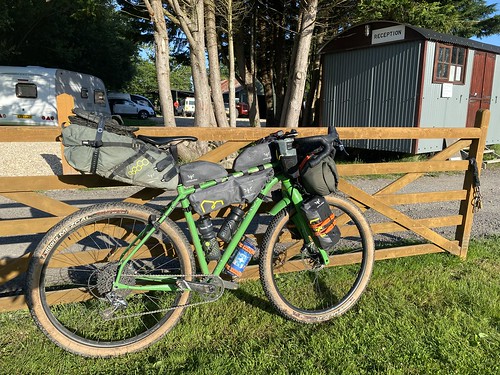 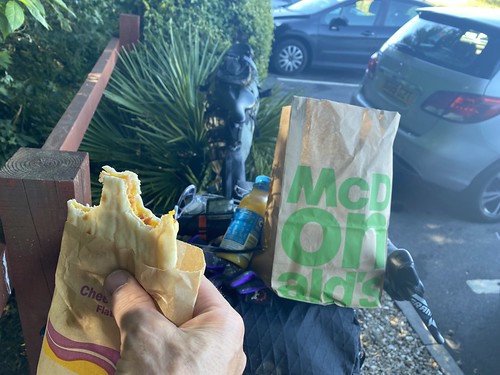 Freewheeling down a descent we overtook a couple on Dutch style e bikes as we were going pretty quick, then it was on to the climb up to the Hardy Monument. The climb gets pretty steep towards the top and the lady on the e bike came stonking past us towards the top of the climb, followed by the husband who was looking a bit embarrassed at having a motor. Again this goes to prove the awesomeness of e bikes for getting people out there and enabling them to have fun. 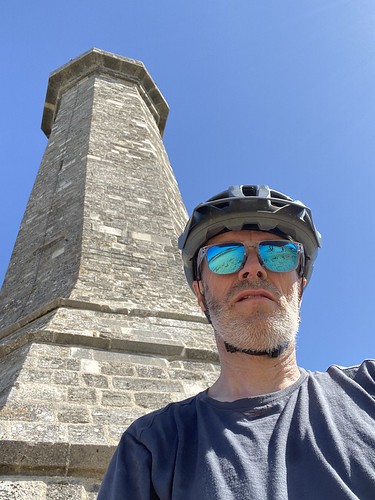 The heat was rising again and making the going difficult so we stopped in the high street in Bridport and Chris came back with a Viennetta which was on offer and cheaper than a Magnum. Not sure I can eat half I said, then he produced another from behind his back! I’m not ashamed to say actually it disappeared pretty easily. Most of the passers bike looked on with jealous eyes and asked why they hadn’t thought of that. 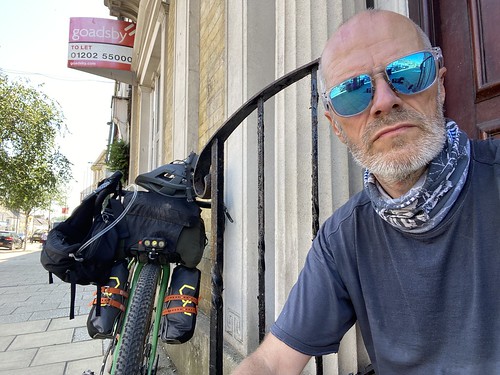 Riding between the high hedges it got hotter and hotter in the afternoon sun and we were having to dodge patches of melted tarmac in the road. After diving into a hedge on a single lane road to dodge a beer drinking driver who said we should “get a car”, not sure how that would have helped as he definitely wouldn’t have got past, we decided to take a siesta in a shady spot.

We snoozed on a bench in Branscombe for half an hour in the shade and after a long climb up to Sidford the choice was made to skip the next bit and hop onto the main road to Exeter, it was not too far and the prospect of missing a few hot climbs out of seaside towns was exactly what we wanted.

On the last climb up to Exeter my heart rate was beginning to skyrocket after being in the sun all day and doing so many climbs and I threw a tantrum and booked into a Premier Inn so that I could get some air conditioning and cool down!!

It was a good call and we got another shower, the chance to dry our tent outers from the night before and a handy pub next door to eat in.

We’re definitely not used to high temperatures in the UK and the Met Office had issued it’s first ever severe weather warning for high temperatures, especially in the South West, so we knew that we would be in for a tough couple of days.