We got rolling early again and started off on the cycle path down the side of the river Exe, it’s a lovely part of the world and last time we rode this way it was absolutely hammering down with rain, so it was nice to be bathed in warm sunshine and actually admire the view for the first time. 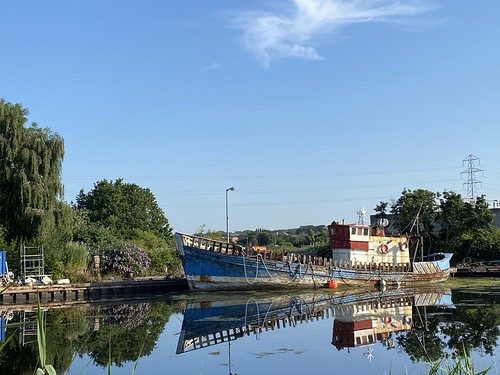 It was super hot again and we’d decided the day before to take a break in the middle of the day, so we stopped in Totnes and had lunch by the river. Again we had one of those awesome interactions that bikepacking has so often. We had a really good chat with a paddle boarder who had come up the river from the sea and spent quite a lot of time chatting about the bikes and our plans for the trip. Another awesome chat that would probably not happen if you weren’t on a laden down bike. Most people are still unfamiliar with a bikepacking set up and are always keen to chat about the bikes and our trip. 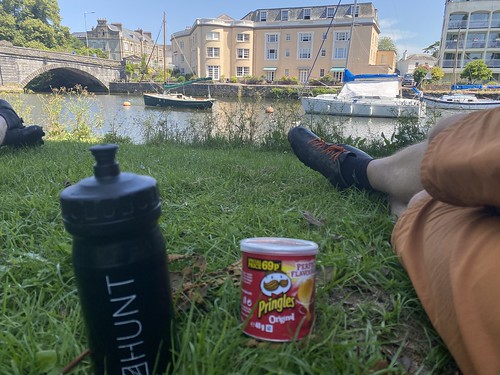 After our feed we were keen to get going and get to Plymouth before it got too late in the day. There was quite a bit of suburban stuff and eventually we made our way on to the side of the estuary and then into the city. 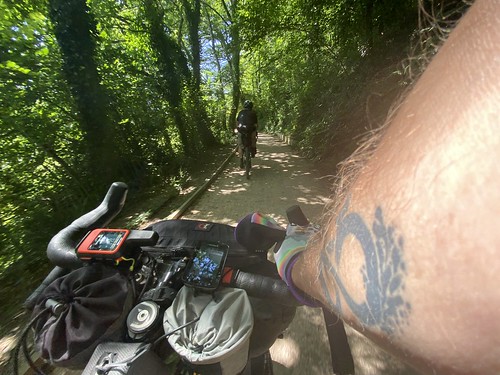 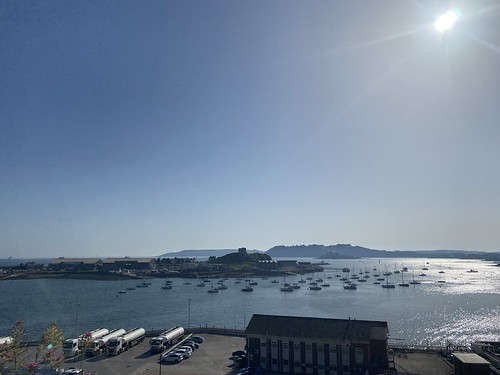 We made it into Plymouth centre in the early evening and decided to celebrate with a beverage before we carried on. We checked the ferry times and it was running till late so we were good for a while. 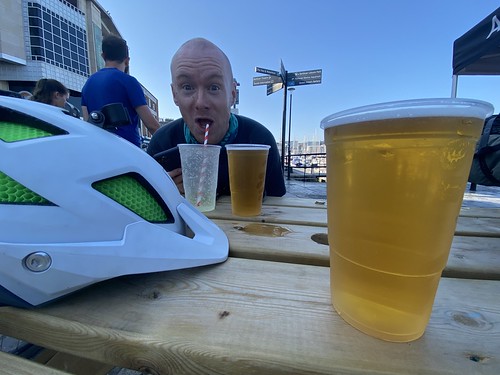 We had an awesome chat with some builders. Again they were looking at our bikes and asking questions about kit. It’s amazing how travelling by bike allows people to open up to you. The older of the builders was telling us how he owned a bike shop on the LEJOG route and had sold bike to people doing the trip. His younger colleague then went on to tell us about his bike that had been stolen and earlier in the day they were having a coffee and someone rode past on it, it was very distinctive as it was an unusual model and he had changed some very specific parts on it so he knew it was his, they called the police and they still hadn’t come after fifteen minutes. So he took the bike and put it in the van!!

It’s funny what people tell you! 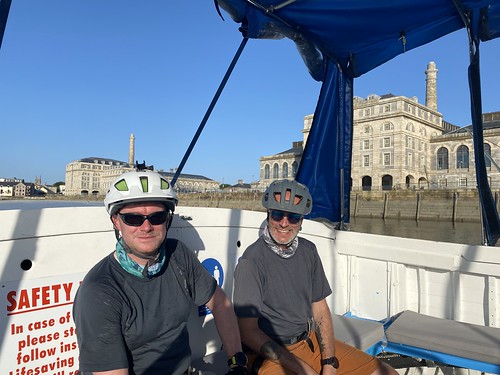 Then it was on to the Cremyll ferry over to Mount Edgcumb country park. Yet again we had a fantastic chat. The young guy who was taking the tickets asked if we wanted help getting the bikes on and we said that they were heavy, he said “I know all about heavy bikes I ride downhill”, then followed a great chat for the duration of the crossing about downhilling in Devon, how he used to ride at Whistler and what the best bike choice for the West Country would be.

We made our way up the last hill and on to the campsite. It was a really good choice and despite the fact that the toilets and showers were miles away from the pitch it was a great spot with really nice views.