It was already really hot when we rolled out the campsite and we had arranged to meet our mate Simon, who was on holiday nearby, for a coffee at Downderry. It was a chance for second breakfast, coffee, ice cream and a chance to get some more food to top the riding supplies up. 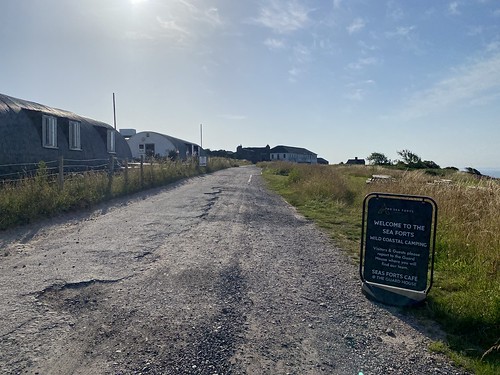 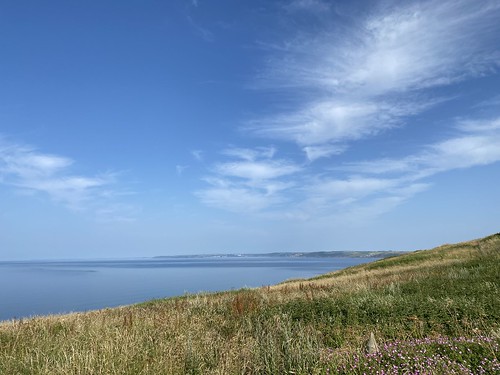 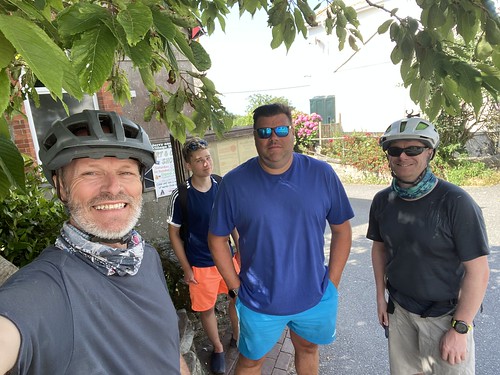 We had an awesome descent down to the Loop ferry. The road is really twisty and you can take primary position and not have to worry about the traffic as it just can’t keep up round the hairpins. For the first time the ferry was ready to go and we rolled straight on and got underway.

Over the other side the heat got too much for us and we decided to pay a visit to “Game of cones”, a dragon themed ice cream shop! Apparently they were for sharing, but we didn’t share. 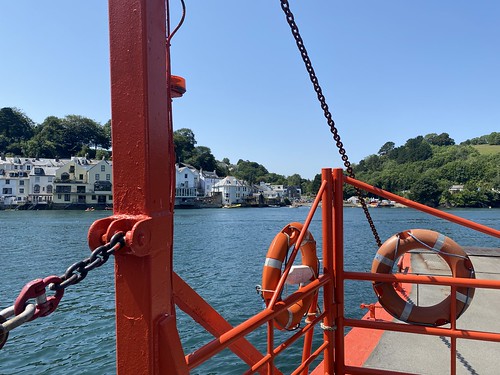 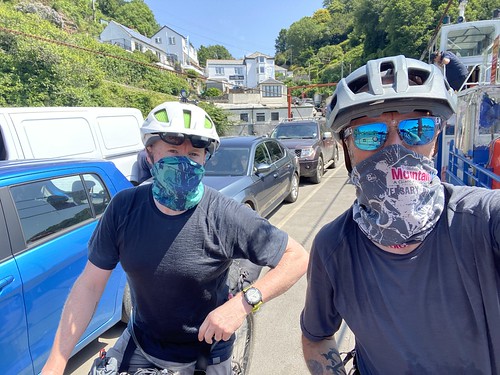 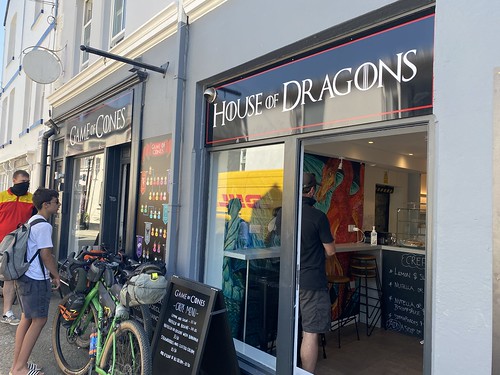 When we made it to St Austell we tried a few bike shops in an attempt to get both a new bottom bracket and a new rear tyre for me, but as is the way currently, no one had anything. So a commiseration visit to McDonalds for cheesy products and ice cream was called for.

The temperature was over thirty again and after a quick search I called a local campsite to try and grab a pitch. The receptionist was reluctant as they didn’t have much space, so I played the “pleeeease, we’ve ridden miles” card and they found us a spot.

It was probably the best campsite yet, with a shower block that was more like a luxury hotel, sweet!! We pitched our tent and were feeling a bit forlorn as the site had a bar, but it was the one night of the week that it was closed, shortly after the the owner brought us over a pint of lager each as he’d heard we had ridden there, result!