We left early again and it was much cooler for once. I was feeling much better than yesterday and we started the day off on some nice gravel. 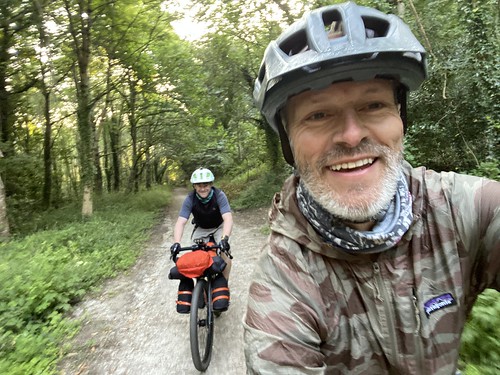 It was then onto the tarmac, through Mevagissey, that had a savage climb out the village, on to the hill tops. There were some fantastic views and we were looking forward to cracking on and getting some miles done, hopefully getting me a new rear tyre somewhere on the route too. Other shopping items required included a towel for me and extra hydration tabs for both of us. It had been so hot we were both drinking about ten bottles a day and we’d gone through our supplies pretty quickly. 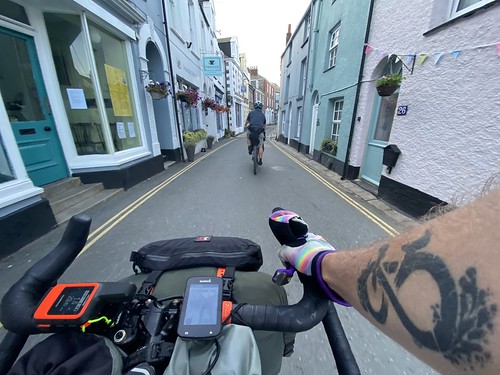 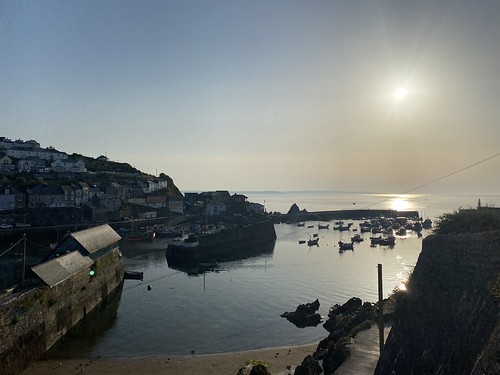 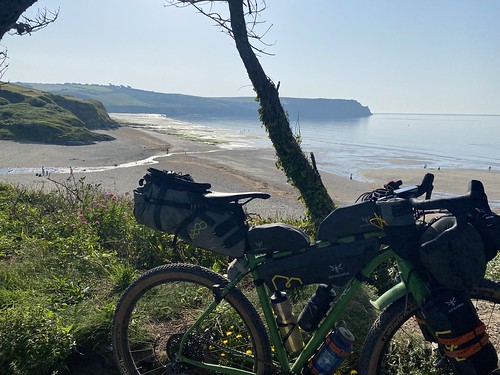 I’d ridden this area extensively while on holiday earlier in the year so I was familiar with it and was looking forward to showing Chris some of the awesome gravel trails I’d found on my travels.

First off though was another ferry, the King Harry and then into Truro for food and supplies. 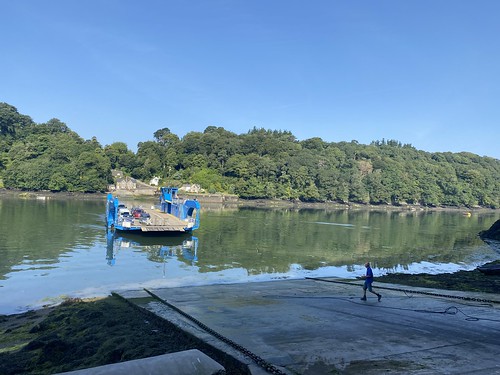 I Googled all the bike shops in Truro and we set off on our quest.

After a couple of false starts we came across Clive Mitchell Cycles, I’ve got to give my thanks to these guys, they were mega busy because of all the usual pandemic reasons and I explained to them my predicament and the fact I was a bike mechanic and they let me use their workshop to replace my tyre, sort out the sealant and use the compressor. When I was done the mechanic came out for a chat and we talked about all things bikepacking for a bit. Top shop, top service, recommended.

Then it was on to the Mineral Tramways, an awesome network of trails, mainly away from traffic.

After a while we stopped, there was an old engine house casting just enough shade for somewhere to rest. So we got out our tent inners and outers and held them down with some rocks to dry them out. It was time for an afternoon nap! 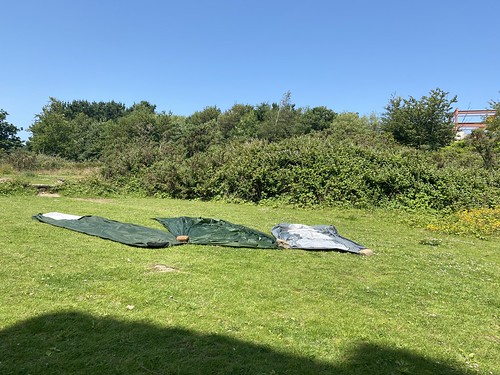 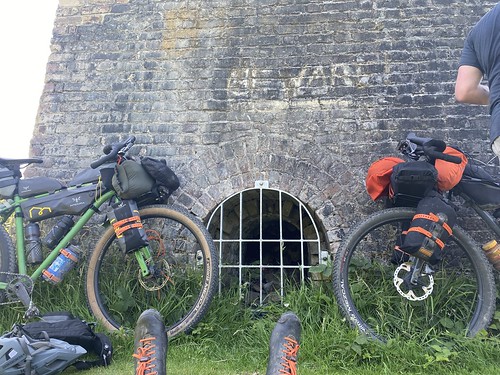 Siesta done and tents dried out it was time to make plans for the rest of the day, yet again more food, water and ice cream was needed and when we got to Hayle we hit the supermarket for essentials. 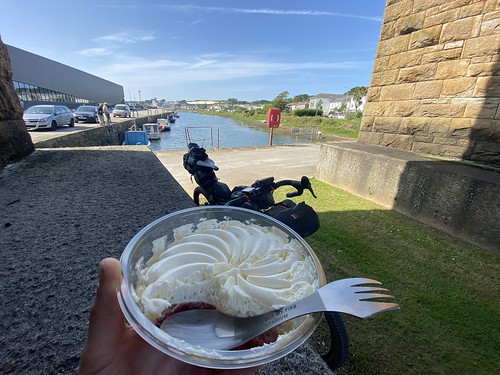 Some decent phone reception in Hayle meant it was time to find a campsite. When I eventually got through they said that there wasn’t enough space, but when I explained we were in two one man tents only slightly bigger than a sleeping bag they said they could put us in the spot they have set aside for coast path walkers.

Again we got lucky with a great campsite, the owners lent us some chairs and a table and best of all there was a pizza van in for the evening. Now some people would say this was a bit dubious and I must admit I took some convincing, but I did a pizza slice swap with Chris. I had pepperoni, but he had banana and bacon!! Sounds wrong, but actually it was really tasty. With a bit of maple syrup too that would be lush.

We walked to the beach to eat the pizza then went to the local pub where we had an awesome chat with some of the very drunk locals. Again proof you shouldn’t judge a book by it’s cover, we started talking cycling and the oldest (and probably most drunk) was actually a big Lance Armstrong fan. We had a great talk about past Tour de France races and talked about Mr Armstrong and his exploits. 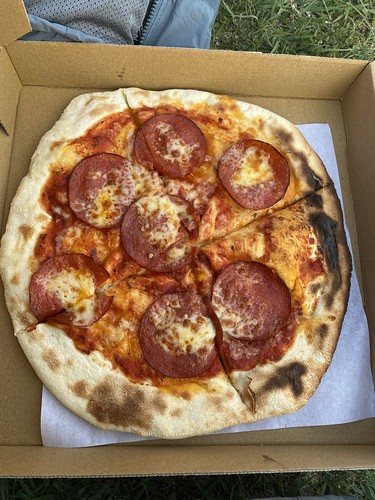 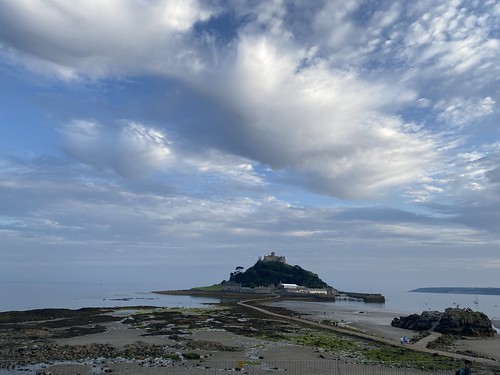 Stay tuned for the next part…….