I started off the day feeling really rough, but at least the sun was shining so we headed out in the direction of Land’s End. Neither of us had been there before and I wanted a photo next to the iconic sign post. The people in the pub the night before had told us that you had to pay for a photo, but we got there at 08:30, before any of the staff had appeared, so our photos were free, yippee!

The climb out of Penzance was pretty savage and when we got to the top we did a bit of rerouting, we’d been following the route of the Pan Celtic race for this bit and we decided that we didn’t need to drop down to any more seaside villages and climb back out again, so we took a more direct route.

Shortly after we turned up at Land’s End a coach load of roadies appeared who were doing a supported LEJOG, so we timed it pretty well. We got lots of comments about the bikes being loaded as they were all carrying nothing and staying in hotels and B&B’s. 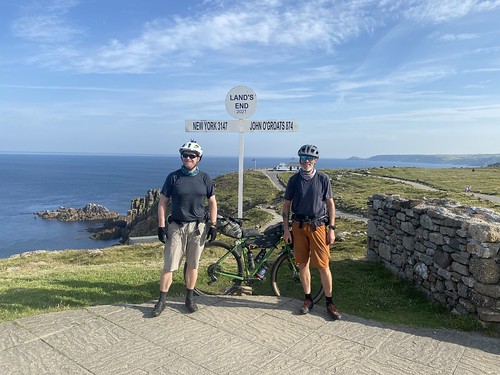 The munchies were striking again and there was a shop at Sennen, so more water and supplies were purchased and we set off again. We were being caught up by the roadies we saw earlier so were quite relieved to head off road. At this point we’d switched from the Pan Celtic Race route to the GB Divide race route. We headed out on to the moors, which was absolutely breathtaking, but also really bumpy as it clearly hadn’t rained for a while.

The moorland section took quite a while and as we were effectively behind time on the trip once we reached tarmac again we decided on another reroute to try and make up some time on the days we’d cut short because of the heat. 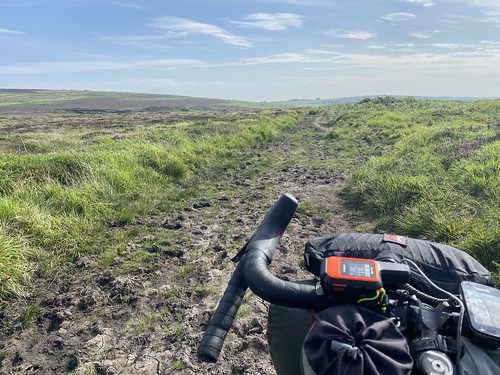 Things were starting to turn round for me and I was feeling a little more human at last, though Chris was now feeling the opposite and was feeling mentally drained from the constant climbing and descending. We were hoping the route back after Hayle would be a bit more interesting as on the way down it had been a bit “through the housing estates”, but we needn’t have worried as it was back onto the Mineral Trails and a couple of sections I hadn’t ridden before it was really good fun. Time to eat yet again though and the cafe at Bissoe came not a moment too soon. Chris had an underwhelming milkshake and I had a cream tea with not quite enough cream, hey ho, you can’t win them all. Back into Truro again and it was another major food restock and time for a quick power nap on a bench in the park. 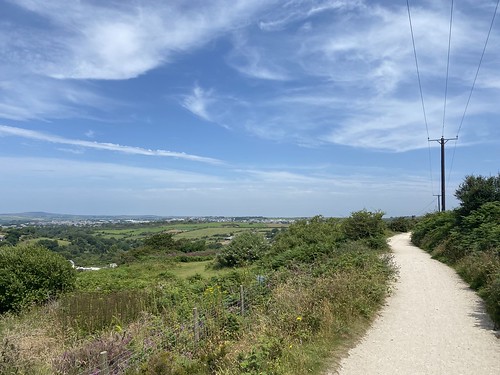 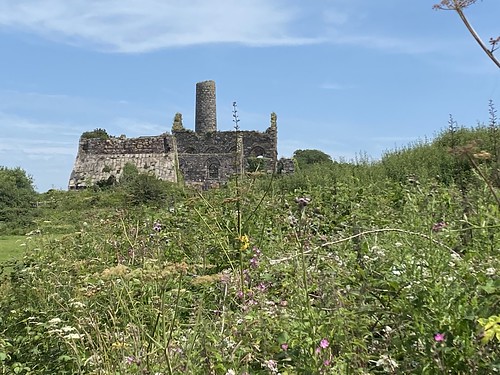 After this I rang my usual campsite in Newquay and was pleased to find they could squeeze us in so we headed north and opted to take as many road sections as possible to get us there as quickly as we could. This amazingly coincided with a tailwind and me feeling like a god for once, so the final few miles ticked off really nicely.

It was nice to see the guys at Coastal Valley Camping again and they opened the shop up for us so we were able to get beer and snacks too. It’s a great campsite that doesn’t have too many pitches so is really quiet, not that I needed any persuasion to fall asleep quickly after another long day in the saddle.