In the morning we had a discussion about the route and we decided that with the continued destruction that was going on with my bottom bracket and the fact that we’d still had no luck whatsoever getting a replacement anywhere (not that this came as a surprise as there had been no stock on the Zyro website for a long time) so the decision was made that we’d aim for Chris’s Dad’s place and I’d try to find a BB on line and have it and the tool next day delivered there. Two days should give plenty of manoeuvre room right?

So it was to be a day of country lanes and to try to get as near to Chris’s Dad’s place as possible. After twenty miles we found an Asda and stopped for second breakfast and I set about the task of ordering parts. BB tool from Amazon, easy. BB itself from Chain Reaction, also on next day, this should be no problem right?

The next fifty miles were rolling, with long climbs and the longest, highest climb of the trip so far. The climb on to Craddock Moor especially was very long and tedious. We were beginning to feel the cumulative fatigue of the trip so far. Conditions were better as it wasn’t so sunny, but the downside, well, there was a headwind all day. 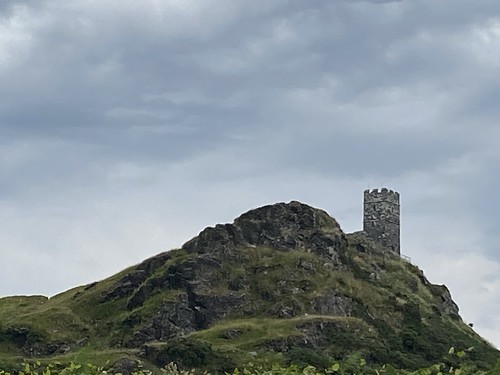 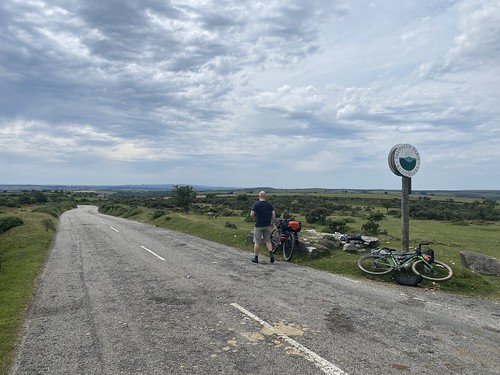 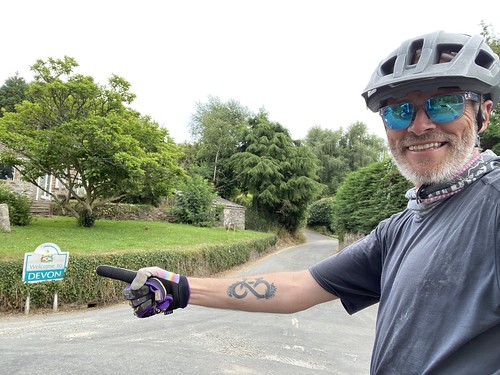 We also had an “experience” when we decided to let Garmin join a link up for us, it started on a bridleway, went on to a singletrack through a field, before plunging down some rocky singletrack into a river valley, it was great. The following trail started gravel double track, well used, then singletrack, then turned into indistinct bushwhacking through ferns, thanks a bunch Garmin! We eventually managed to clamber our way out on to a road and continue. 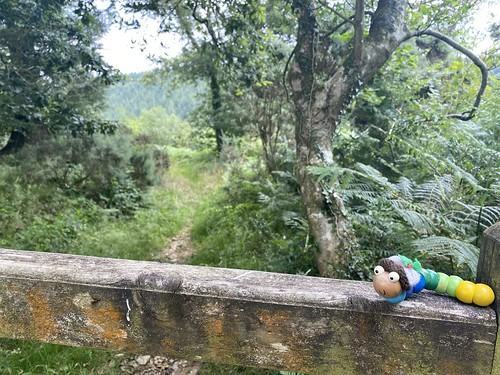 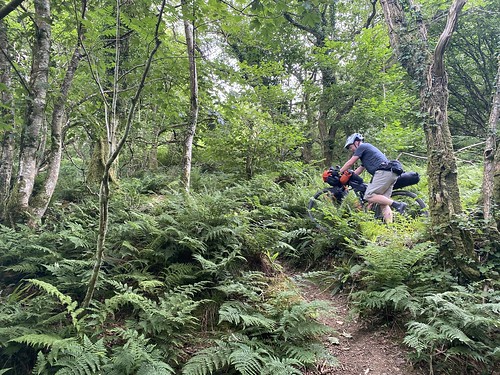 On this section we also had the pleasure of meeting some other riders. Leon was doing LEJOG and had seen us in the distance and used us as a carrot to up his speed. We chatted while we rode together for five minutes, but it was clear that a) he was way quicker and b) he was also on a schedule, se we bade him farewell and he very quickly disappeared from view.

At the end of this moorland section we also met our first group going the other way. It was awesome to meet a family, a father, son and daughter, they had come all the way and not encountered any bad weather! Their question was “does it get any flatter now?”, well we didn’t want to upset them but had to concede that the lumpiest bit was probably the bit to come. The dad was also stoked to see two Mason ISOs, so that was pretty cool 🙂

Eventually we were off the road and on to a NCN pathway on an old railway into Okehampton. We were absolutely hanging and I was greatly relieved to find a Wetherspoons and set about ordering one of everything on the menu. 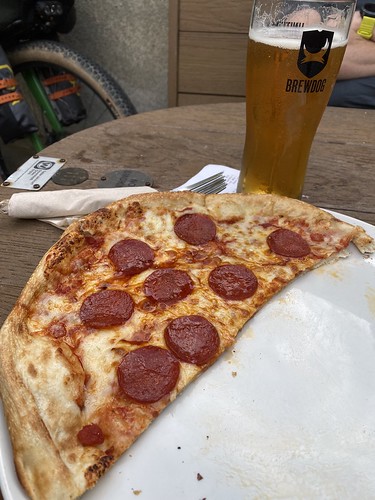 Even though neither of us said anything we both found ourselves looking for hotels while we were eating and I managed to find one ridiculously cheap another ten miles away at Hatherleigh. After filling my entire body with pizza dough we set off for the hotel and it took a bit longer than expected as yet again there were climbs in the way.

On the plus side though it was a super posh hotel, way above our pay grade!!