As it turned out no one appeared in the night, but none the less it was a fitful night’s sleep. It was still quite hot and the bivvy bag was really quite unpleasant, coupled with the fact the wood in which we slept was “a bit bitey” it meant I couldn’t exactly leave the quilt open to let some air in. Regardless though I still got a reasonable quantity and felt ready to get going.

The next section was more NCN4 to Reading then some King Alfred’s Way on to the North Downs Way. We rode along the canal heading for breakfast at McDonalds in Newbury and just before the town a wasp flew into my helmet and stung me. It was the second time this year and based on the reaction I had before I made sure I kept my helmet on in case my head decided to swell up! I had Ibuprofen and anti histamines, so I drugged myself up and we headed into town for food.

The 1200 calorie breakfast was welcome and we headed back onto the canal in the direction of Reading.

Last time we did the King Alfred’s Way we stopped at Evans Cycles as Chris was having a few issues and so I thought I’d stick my head in on the off chance they had a bottom bracket. To my utter astonishment they had one in stock, so I bought it and headed outside to fit it with my Amazon BB tool I’d had delivered to Chris’s Dad’s house. 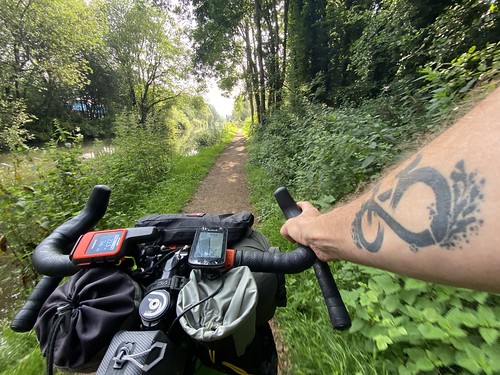 It didn’t fit!! So I went back in and asked them nicely if they could do it. I doff my hat to the staff because they did it with me standing there watching, being a bike mechanic if I have to let someone else touch my bike I do like to watch just to make sure it’s all done properly and I’m pleased to say it was all done perfectly. 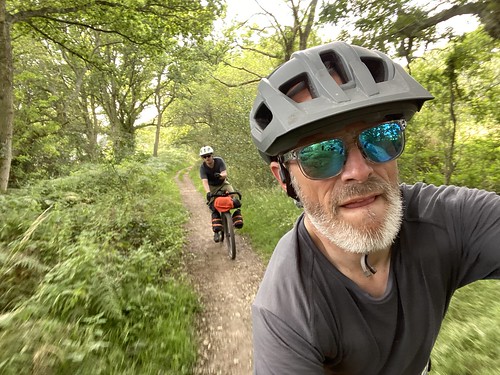 New BB in I headed round the corner to Tesco to buy them all ice cream for the afternoon to show my appreciation.

We stayed on the King Alfred’s Way as far as Tilford and then branched off onto the North Downs Way. I’d really been looking forward to this, because although there were some sections I had done, by and large it was mostly new to me. I love riding new trails! 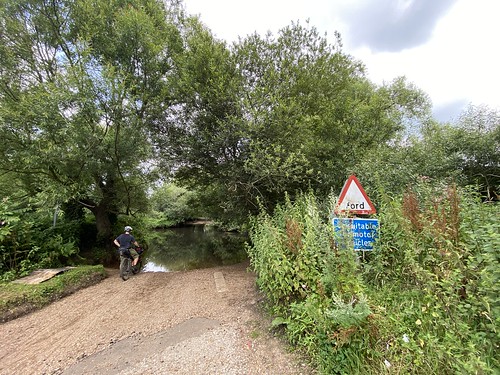 I was feeling pretty good, but Chris was struggling a bit, he’d not eaten enough the night before and his system was definitely playing catch up. On top of that one of the cleats on his shoes kept inexplicably loosening off, annoying!! 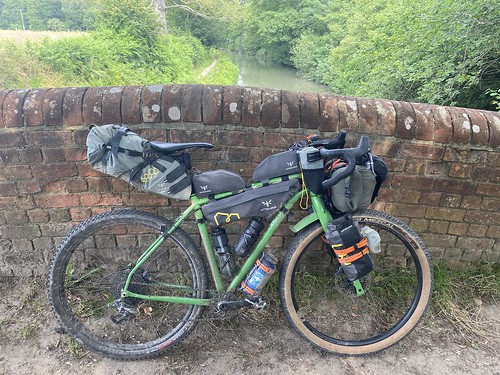 Ninety miles got us to Guildford and as we weren’t sure on the wild camping situation nearby we opted for the Premier Inn and the chance for a shower and a big feed (and beer).