Serendipity meant we woke up and were able to watch the Olympic MTB race in bed, before heading off to breakfast, it was awesome!

We left Guildford in the direction of Box Hill. I’d last done the off road climb in the late eighties so I was looking forward to seeing if I would find it any easier. As it turned out I’m obviously way fitter at 52 than when I was 18! We breezed up to the top and headed for Destination Bikes for coffee. Our luck finally ran out and the heavens opened so a coffee break was definitely a perfect stop. 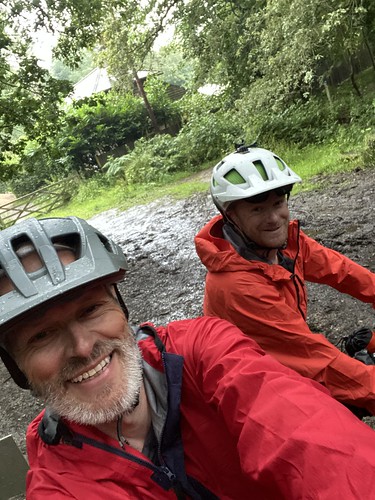 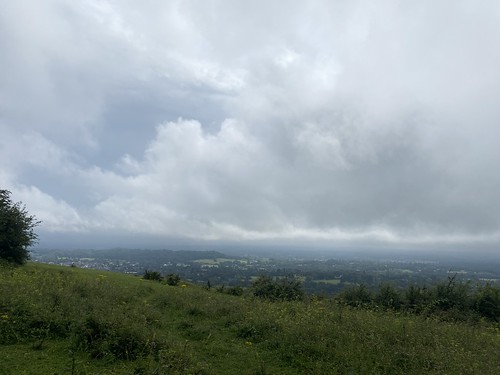 The rain showed no sign of stopping so we had no option but to don waterproofs and head out. We got about five miles down the road and Chris realised he’d left his pen knife on the bench outside the bike shop. His dad gave it to him when he was a kid so it had great sentimental value. Eventually we got some reception and called the shop back. They very kindly found it and posted it back to him FOC, so great work Destination Bikes, chapeau. 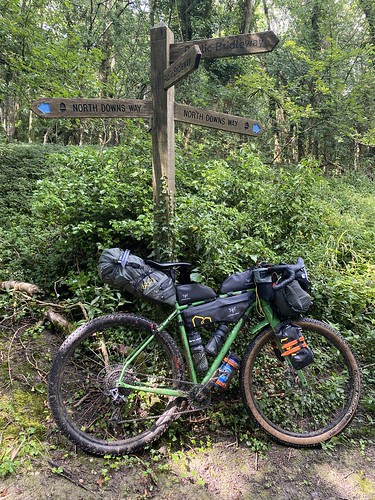 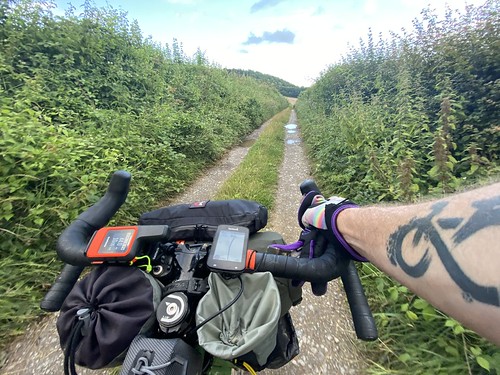 The North Downs Way was awesome and we had a great afternoon ticking the miles off, there were some great bits of trail and descents and found one last village shop late in the day to top up on supplies before thoughts turned to where we would stop for the night. 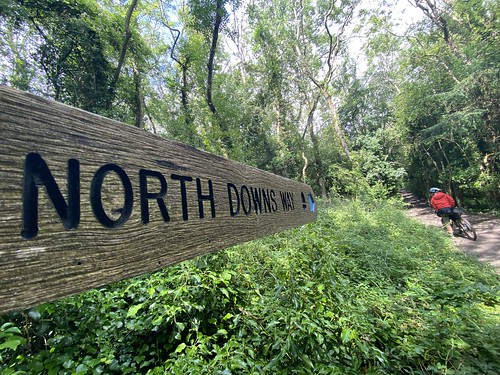 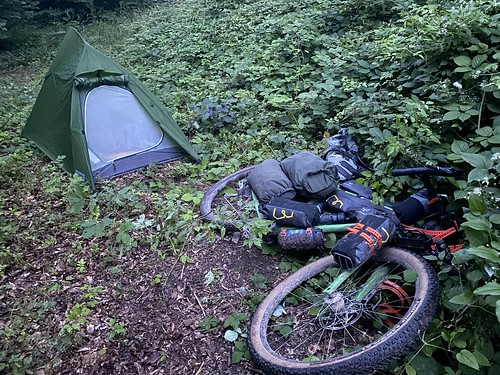 On one of the many bridleway sections we found a handy block of woodland away from the path, checked Google Maps satellite view and there were no properties nearby, so we decided it would be home for the night. We opted for tents for the night this time and as we had done in the previous week we left the doors open for a bit of fresh air, though unforecasted rain appeared in the night and we both ended up scrabbling around in the dark to get the doors on our respective tents shut.