After a decent night’s sleep we hit the trail again and were treated to more gravel fun and as luck would have it yet another jumbo McD’s bikepacking breakfast. We had quite a long conversation with one of the staff who wanted to know what we were up to and also pointed out the InReach on Chris’s bars and wanted to know what it was for. 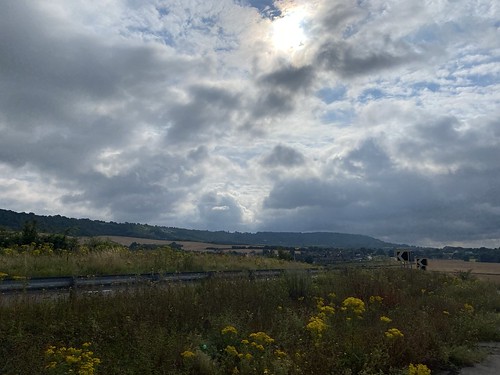 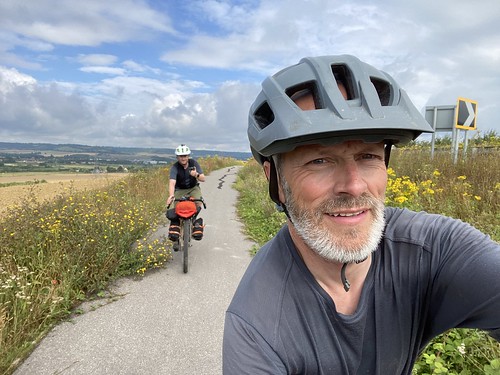 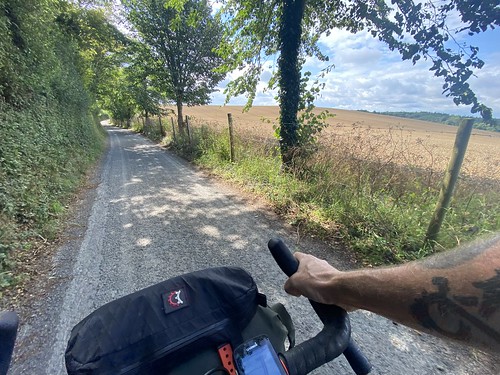 There was a fairly decent tailwind for most of the day and heading towards Canterbury there was more nice gravel and back lanes. We made a few deviations from the route here as Cycling UK had seen fit to use the road and trail along the foot of the downs and then re route up to the top every time there was a section of bridleway. While I’m sure the view was good there seemed very little point to climb up just for half a mile of bridleway, then descend back to the same road again. So we skipped a few of those and actually ended up using a different route, a really nice gravel section of NCN18, to get into Canterbury. 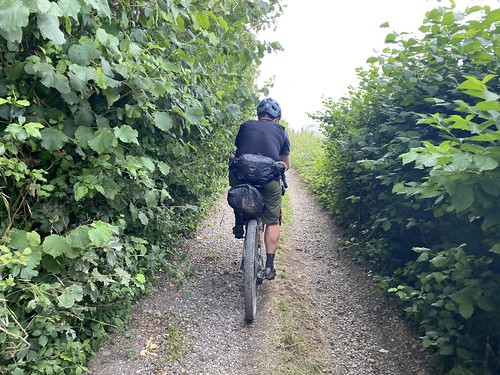 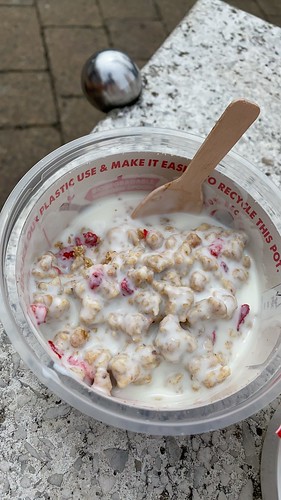 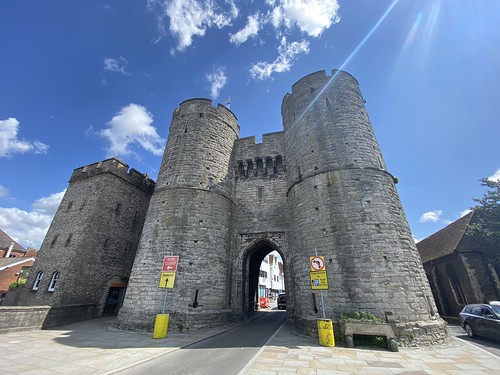 Somehow we missed the showers that were skirting either side of us and stayed dry and spent a really nice hour sat in the sun at a pub in Canterbury. Again we had another really interesting interaction with a guy who wanted to know about gravel bikes and whether he should buy one. Of course we said yes! Although he did say that he wouldn’t get an expensive one as bikes were “stolen to order” where he lived, though he didn’t say where that was. Then he said he’d get one and then show his wife as it was “easier to ask for forgiveness than permission” 😀 When we left my front brake decided it had had enough and started grinding really badly. So I found a suitable tree with a decent size branch to hang the bike off and swapped the pads. As it turned out my multi tool wasn’t equipped with the right size allen key for the job, but fortunately Chris did, so that got sorted and a new multi tool was added to my post trip shopping list! 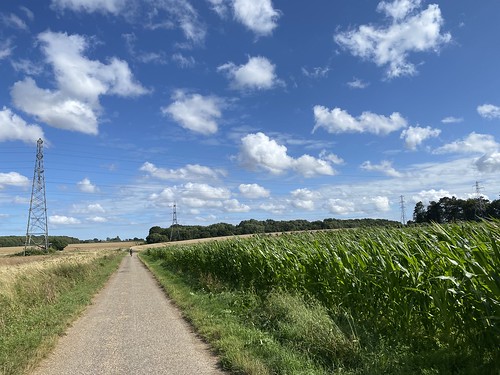 The next few bridleway sections were really nice, but a few went through corn fields and similar. The crops were at full height and we had to hold our brake levers out from behind to stop the levers being pushed in by the plants. I was also beginning to get pretty hangry and Chris had to order me to stop and eat something! We found our way into Dover and stopped for another food shopping trip and discovered that Aldi was awesome good value for hungry bikepackers! 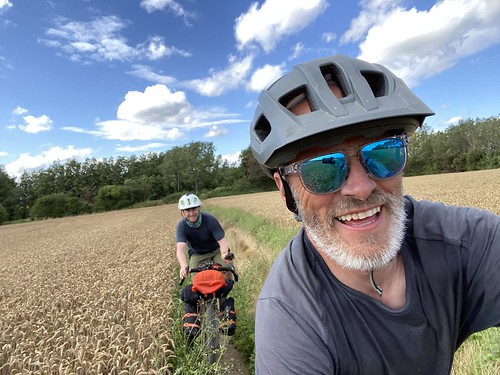 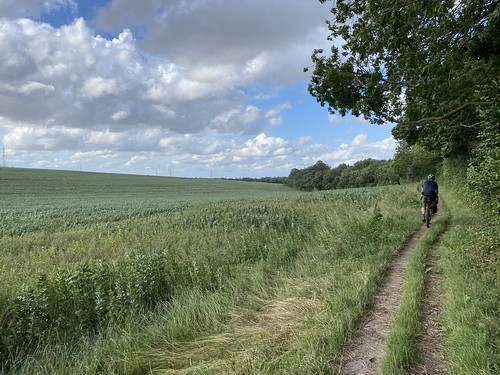 It was a pretty awesome feeling knowing that we had ridden to Dover from Land’s End the other side of the country and not only that we’d ridden there from home approximately half way along.

Light was starting to fade and we needed somewhere to camp, so we turned west in the direction of home. Unfortunately this coincided with the 40MPH headwind that was forecast for late in the day and also with some massive hills. Hangry Jim reappeared and Chris happily rode up the hill and I was forced to walk muttering under my breath.

We found a campsite just as light was fading and had a much appreciated shower and devoured all the food that was left in our bags.